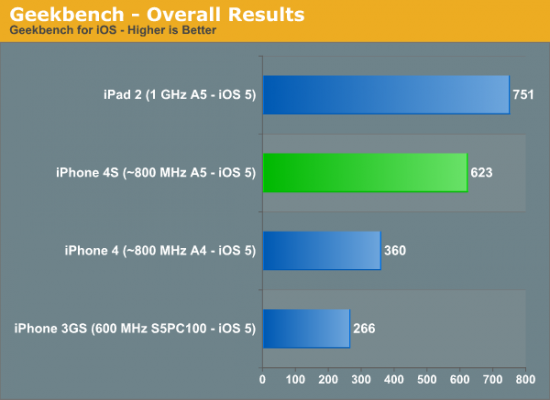 The iPhone 4S is set to arrive this Friday, October 17 for people who pre-ordered, but people who have already gotten their hands on the device have done us the service of running it through some benchmarks so we can all see where our new phone stands. AnandTech has posted various benchmarks for all to see, and the iPhone 4S stands up pretty well against most of its competition currently on the market. Geekbench clocks the iPhone 4S’s A5 processor in at around 800 MHz, slower than the iPad 2’s nice, round 1 GHZ. As one can see, the 623 score received is much higher than the iPhone 4’s score of 360.

In terms of handling JavaScript (chart below), the iPhone 4S handles it pretty well, only slightly behind Samsung’s tablet — not even a phone. 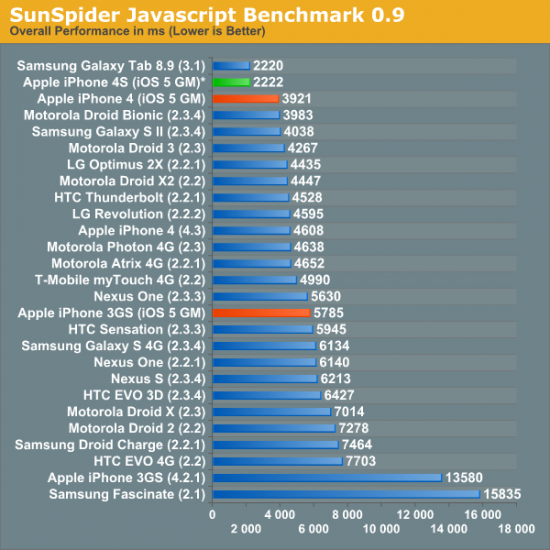 GPU performance was tested in GLBenchmark 2.1, in 1280 x 720 offscreen render mode, trailing the iPad 2, a relatively fresh tablet, and puts the phone significantly ahead of the Samsung Galaxy S II, probably the phone’s closest non-Apple competitor currently on the market. 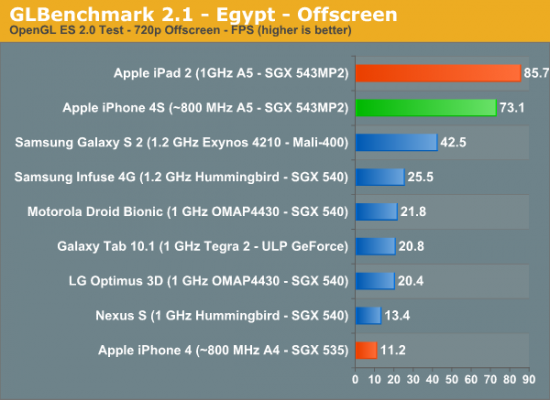 So, it seems the iPhone 4S holds its own against most other phones in most departments, slightly trailing behind tablets, which are supposed to be more robust devices. We’ll all be able to see how the 4S stands up to our personal needs this Friday.