iPad vs. Stone: a Comparison between Tablets 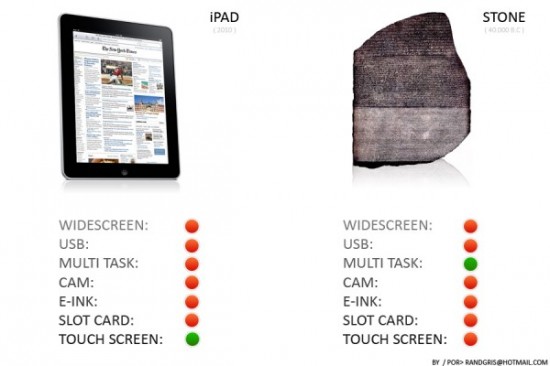 Some wag called “[email protected]” has done a side-by-side technical comparison of the iPad, released in January of 2010, and the stone tablet, released in approximately 40,000 BC. It’s a draw!

To be fair, even though all six iPad models are 9.56″ by 7.47,” stone tablets can be made to various specs; as a 12:9 aspect ratio wouldn’t be out of the question, that “widescreen” checkbox should at least be yellow. Advantage: stone?