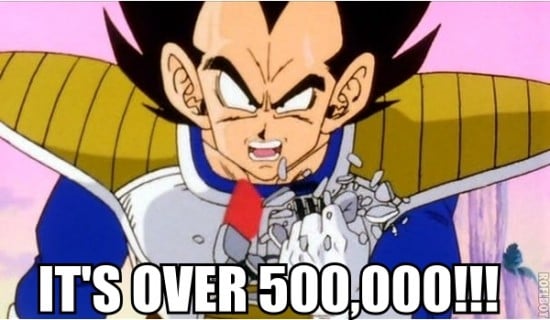 Another day, another iPad sales estimate: This time, from Chitika, an online advertising network which pegs the figure at 500,000 and counting.

The methodology sounds clever enough: According to Chitika — which serves over 2 billion ads a month and thus has a rather large sample size — they arrived at their figure by tracking the number of iPads logging into their network for the first time and multiplying by the estimated percentage of the Internet they’re covering at that time:

The Chitika Research team tapped our genius engineer Gui to build us a page that showed just how many iPads were out there browsing the World Wide Web. Here’s how we did it:

– We count how many new, unique iPads we see coming through the Chitika advertising network
– We multiply that by how much of the Internet we see at any given time to figure out how many iPads in total are out there
– We look at where iPad traffic is coming from by state 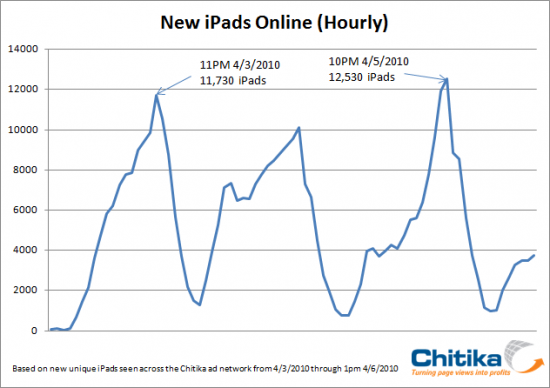 It’s hard to know how accurate the “500,000” figure is: Chitika could be lowballing the overall number of iPads sold if a large number of users are using their iPads for apps, but not to surf the broader Internet — while you’ve got to get online to access Apple’s app store, Chitika isn’t selling any ads there, and their extrapolations about the broader Internet would break down if tons of users were piling onto just one destination.

On the other hand, they could be overestimating the number of iPads bought if people are using the same iPad from lots of different locations and the system counts each login as a unique.

In any event, it’s certainly a step up from counting people at New York’s 5th Avenue Apple Store on the iPad’s first day.

(Chitika via MacRumors. graph via BGR.)