Does iPad Frame Reveal Plans for a Camera? 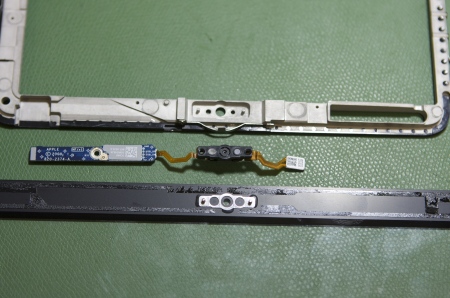 As we mentioned in our rundown of the iPad’s pros and cons, the iPad’s lack of a camera is one of its most annoying flaws. The lack of multitasking is a more serious problem overall, but would require a different OS. But the camera: how could the iPad not have a camera? An accelerometer, but no camera? And it’s not just for vanity street photography: no camera means no teleconferencing (Skype) or augmented reality.

But hold your horses: a Kansas-based Mac repair company, Mission Repair, may have just found proof that the iPad will be able to support a camera after all.

When Mission Repair received a shipment of iPad parts, they noticed an interestingly-shaped spot in the frame (see picture above). Being a repair shop, they happened to have the camera from a Unibody MacBook on hand:

Guess what, it fits right in there. The camera slips in the frame, the lens fits in the hole, the LED that indicates that the camera is on, fits, and the ambient light sensor hole is also correct. It appears that the plans to have camera in the iPad is a reality. I’m looking forward to the iPad. . .Rev 2.

This begs the question: why not just roll out a camera-equipped iPad ‘Rev 1’ from the start? Surely it does not have to do with exploiting tech-crazed, money-burning early adopters…