iPad Chip May Have Cost $1 Billion to Develop 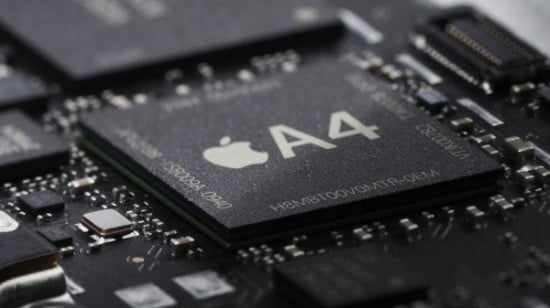 Belying early rumors that Steve Jobs stayed up all night to throw the iPad together or got help from a genie, new reports highlight the degree to which Apple committed significant resources to the iPad’s development.

Specifically, in developing a new, custom chip for the iPad, the 1 GHz “Apple A4,” Apple may have spent as many as $1 billion.

A New York Times report on the competitive chipmaking business breaks it down as follows, framing Apple’s ARM-based mobile A4 chip in the context of the industry as a whole:

…At the same time, Apple, Nvidia and Qualcomm are designing their own takes on ARM-based mobile chips that will be made by the contract foundries. Even without the direct investment of a factory, it can cost these companies about $1 billion to create a smartphone chip from scratch.

Apple’s coming iPad tablet computer will run on an ARM chip. So, too, will new tiny laptops from Hewlett-Packard and Lenovo. A couple of start-ups have even started to explore the idea of using ARM chips in computer servers.

“Apple was the first company to make a really aspirational device that wasn’t based on Intel chips and Microsoft’s Windows,” said Fred Weber, a chip industry veteran. “The iPhone broke some psychological barriers people had about trying new products and helped drive this consumer electronics push.”

Even if, despite its mixed early reviews, the iPad turns out to be the Avatar of the nascent tablet PC industry, as some analysts are predicting, it doesn’t make sense for Apple to plunk down that kind of money for a one-shot, one-use chip. Is the Apple A4 chip the beginning of a new, more comprehensive foray on Apple’s part into the chipmaking business? Cue Google chipmaking announcement in five, four, three…