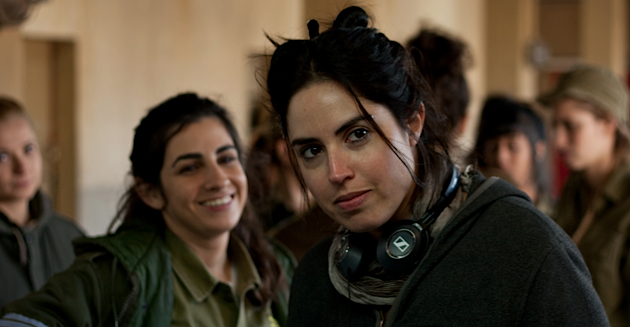 For a first feature film, Talya Lavie scored big points with the dark comedy Zero Motivation, about 18 to 20 year old girls serving their mandatory military time in a human resource office. Lavie won Best Director and Best Screenplay at the Israeli Film Academy, and Zero Motivation won three other awards out of the eleven for which the film was nominated. But the film’s international success has been an even bigger surprise. The festival favorite won the best narrative film at the Tribeca Film Festival, as well as the Nora Ephron Award, given to female filmmakers with a unique voice. This week it will open in select theaters, and will continue expanding to theaters across the country throughout December and January. I spoke with Lavie at the Tribeca Film Festival, before she won all those awards.

Lesley Coffin (TMS): For those who don’t understand Israel’s mandatory service, can you explain how it works for the young people in Israel?

Talya Lavie: The women have to do two years, the men serve three. Women serve from 18 to 20 years old, men 18 to 21. Israel isn’t the only country in the world with mandatory service, but I believe it is the only country in the world with mandatory service for women. So in a way, you can say that is a path towards equality, but that isn’t exactly true. There are a lot of women who serve in combat, but I wanted to focus my film on the women who never see action. Because there are so many army films made in Israel, but most are about the men in combat. 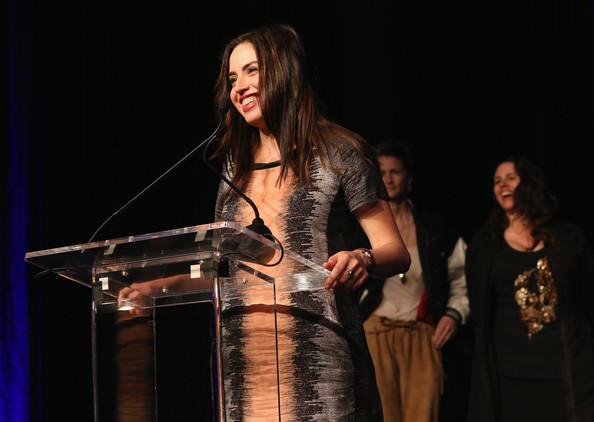 TMS: How did you create your two main characters, Zohar and Daffi?

Lavie: Personally, I’m very connected to all the characters. They are based on me and people I know; but as I was writing, they took on more and more a life of their own. And then once you have real actresses, they become real people.

TMS: Did you always know they would be the main focus, rather than make an ensemble film with many equal parts?

Lavie: I always write from the place that I am in, and the army is just a background for all these things I’m feeling at the moment. So this idea that the girls are stuck and that their friendship is on trial, that can happen anywhere and anytime. So when I started writing, I just wrote character dialogue; but when I looked over what I had written, I saw the two girls who were dominating the story, and kind of at the heart of the three stories. But it did not start out so different. I wanted to tell the story of three characters, each with a different approach to the army, and therefore, a different approach to life. They were Zohar, Daffi, and Rama, the commander.

TMS: Why have the narrative structured in three acts and even include story titles to separate them?

Lavie: The movie is a complete narrative, but I was inspired by theatrical narratives which are divided into three acts. I actually thought of Chekhov’s gun theory (If you say in the first chapter that there is a rifle hanging on the wall, in the second or third chapter it absolutely must go off) and that happens with the staple gun in this film. But also in the army, or at least the Israeli army, everything is divided into threes, so it is kind of an inside joke. But I thought having the three acts would make it feel more epic, which I wanted because the characters seem so unimportant. I once heard that in Australia, their map of the world shows Australia in the middle, because that is how they see the world, with them in the middle. And that is the same everywhere. So that is what I tried to do with this film, put them in the middle, even though no one else ever would.

TMS: How did you come up with using the staple gun as a weapon?

Lavie: Well, before I studied filmmaking, I was studying animation, which was my big love as a child. So I do look at objects a little differently and try to humanize them in my head. So when starting the film, I thought, what they could use from my own desk as a weapon when they fight? 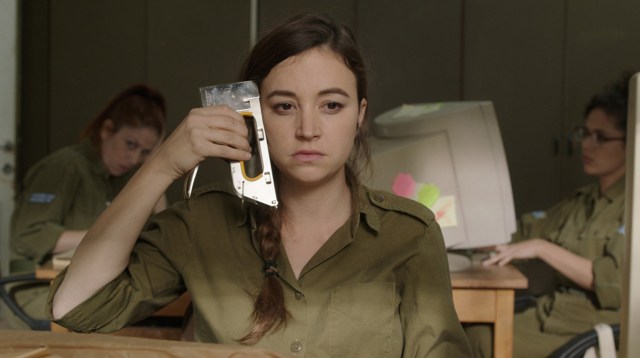 TMS: How did you cast the film?

Lavie: Well, Dana is a very well-known actress in Israel, as well as the daughter of a very well-known actor in Israel. She’s been an actress since she was a kid, and she was in my short film, so I’ve known her for a while, I think she’s great. But I wrote the role of Rama, officer in charge, with her in mind, which is a completely different role from Zohar. But then when she came in to audition, I thought, “no, she’s Zohar, what was I thinking.” We auditioned about 300 girls for this film, and all the girls with smaller roles, auditioned for bigger roles, so we really had an extraordinary cast of actresses and comedians.

TMS: Because of the mandatory service, did the cast and crew discuss their own experiences from when they served?

Lavie: I don’t talk about my own military experience. However, each military service is so different, because of how and where you serve, so everyone brought their own memories. But most of them also did research because it was set on a very specific type of military base in the desert. But the army experience is like the college experience in America.

TMS: Now that you’re showing the film internationally, what has the response been to the film?

Lavie: I knew I was taking a risk by making a very local film and taking a very different look at the army. They didn’t know how to categorize it because it is a dark comedy, set in the army, but there is no combat scene. But I also knew that what I was writing about was universal because of the relationship comedy, and the women’s issues we touch on in the film are definitely international.

Lavie: Humor about the army in Israel is common, mostly on television, but there are some film comedies, and at least one that you could call a classic. But most of the army films are not comedies, and we haven’t had a military comedy in theaters in a very long time.