Interview: Westworld’s Angela Sarafyan Explains How Clementine Provides a Voice for the Voiceless 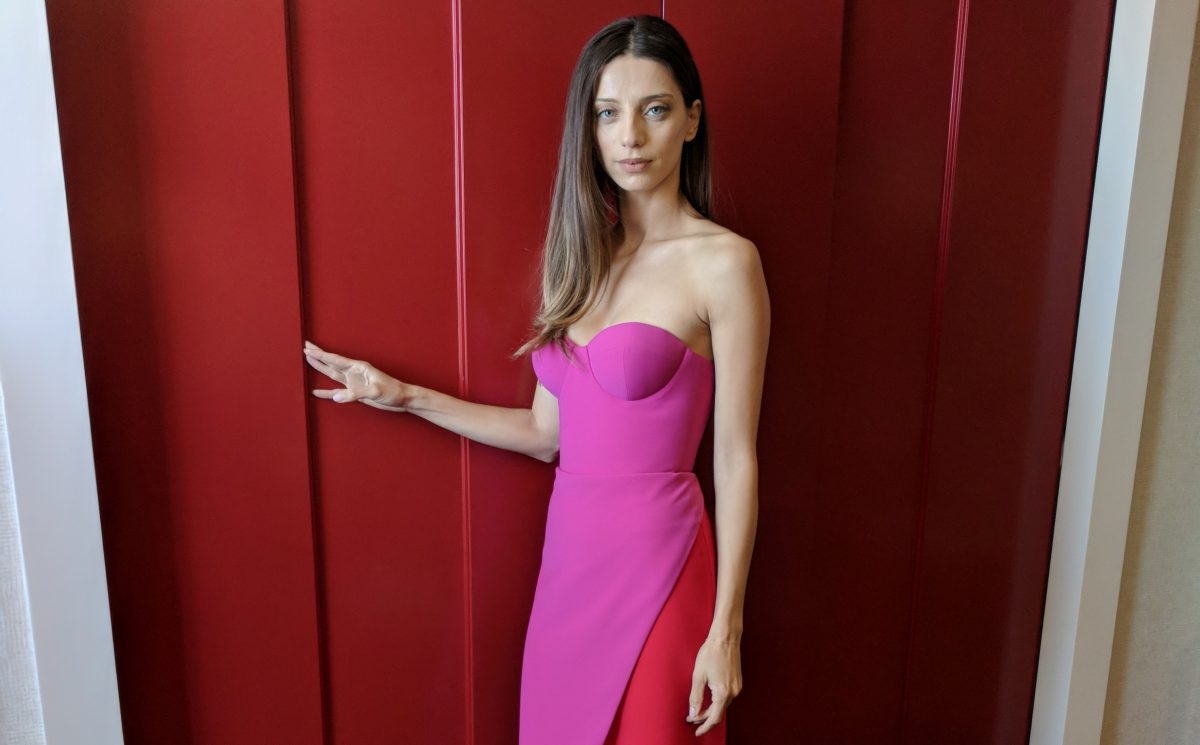 When I recently interviewed Westworld‘s Angela Sarafyan, who plays the sweet host prostitute Clementine, I immediately made it known that I was #TeamClementine all the way. Dolores aside, Clementine was put through so much in season one, and I would love nothing more than to see her lay waste to everything. Sarafyan loves Clementine, too, and in our chat, she talked about how Clementine is a voice for the voiceless.

Sarafyan is obviously concerned about revealing spoilers, and it was kind of fun watching her try to finagle her answers without giving away too much. So, while she couldn’t give specifics about Clementine’s journey, she did give a tiny glimpse of what to expect:

“What was fun about season two was that I got to play different elements of her,” she said. “So, it was interesting to have that kind of opportunity. I think that in season one, [her] tragedy is what brings her strength out. She’s framed, in a way, and then she’s put down, but she then finds this other part [of her]. There was an innocence to Clementine before all of that happened, a naivete, trying to find love in every person, every john, every woman, or man that comes along, and she wants to make that connection other than sex. So, you will see that.”

Her approach to Clementine had to change a bit, as in season one, she wasn’t awake, and we only ever saw Clementine either getting repairs, or at the saloon. Having been a dancer as a child, Sarafyan’s approach to Clementine in the first season was very dance-based. Even sitting in front of her as she talks about Clementine, she falls into this mode where her arms are gracefully moving through the air as if our interview had turned into a ballet. She acknowledged that at one point, saying, “I can’t help it! I think about her, and this is what happens.”

In season one, she explains, “I believe she was a sensual woman, and she was a dreamer. So I thought there was more grace and fluidity in her than if I were playing Armistice, or Dolores, or someone else.” However, she also watched a lot of videos of human-looking A.I. to capture Clementine’s robot side.

As physical as Sarafyan is, she also relishes the more limited physicality she has as Clementine’s host self, because she believes that even minimal movement tells a story if you make conscious choices with even your smallest gestures.

The conversation of course turned to Westworld‘s hilarious prank video, released earlier this week, in which Sarafyan has a part. I don’t want to take away from the joy of watching it if you haven’t seen it, but in involves Sarafyan playing the piano.

“Jonah [Nolan] is really very funny, and a creative person,” Sarafyan said. “He was like, Hey, would you be interested in learning this piece and playing it in this thing? And he sent it to me the day before, and I learned it, and we just did it. The next day, we were doing some press stuff, and we just did it. It was really fun! I loved it.” 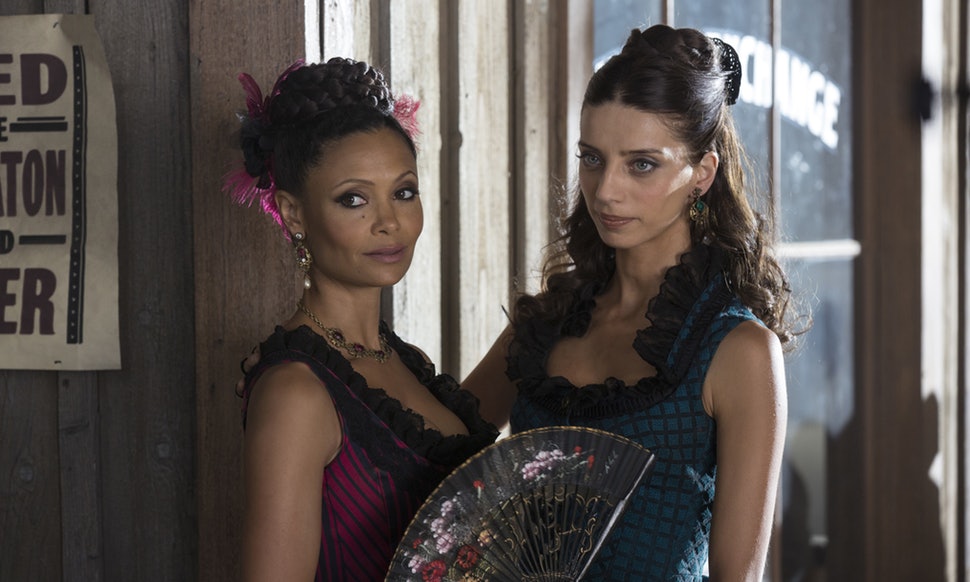 When asked about Clementine’s relationship with her boss/best friend Maeve (Thandie Newton), and whether we’d see that develop even further, Sarafyan said, “I think that love connects Clementine and Maeve. And I think that bond is ultimately what you’re searching for in life. Who are those few people that are dearest to you. I can literally say it’s less than a hand, less than five. I think that’s their relationship. They’re connected. And you will see elements of that explored in the season. ”

At the end of Westworld season one, I saw Dolores and Maeve as two sides of the host rebellion spectrum. Dolores seems completely gung-ho about violence and ending all the humans. Maeve, on the other hand, is smarter and more balanced, giving hosts the choice to join her, and allying herself with humans if she needs to in order to pursue a greater goal.

I asked Sarafyan where Clementine sits on that spectrum. “Maybe she is right in between,” she replied. “Her mission is to protect and to maintain this freedom that she’s found, and that drives her choices. I don’t think she’s as violent as Dolores, but she doesn’t have the awakening that Maeve has.”

She, like many of us, is also excited about Shogun World, and gushed about it when asked what storyline, other than her own, was she excited for fans to see. “I loved the set the second I saw it,” she enthused. “And I love that story. It’s quite touching, and I’m a fan of that genre. I love Kurosawa. And so you get to see that play out, even though … well … yeah.” She chuckles just before saying too much.

The show’s intense secrecy, and getting only bits of information at a time from showrunners Jonathan Nolan and Lisa Joy, has ended up being hugely freeing for Sarafyan creatively.

“I like not knowing and having the daydream happen,” she said. “Because it’s within that daydream that creativity lives. For me, having that chance to think about Clementine, just the few thoughts that they’ve given me start to open up other doors. Then they add more information. It’s like slowly adding in all the ingredients.”

However, that doesn’t mean that it isn’t frustrating from time to time. “I’m not used to it,” she said. “You always think, Oh, if I would’ve known this, I would’ve done this. But somehow it works, because they’re actually directing by giving you only a certain amount of information. It’s a different kind of direction. And because I trust them, I don’t think that I’ll be steered wrong. I really don’t. I think they’re incredibly thoughtful creators and directors of the show.” 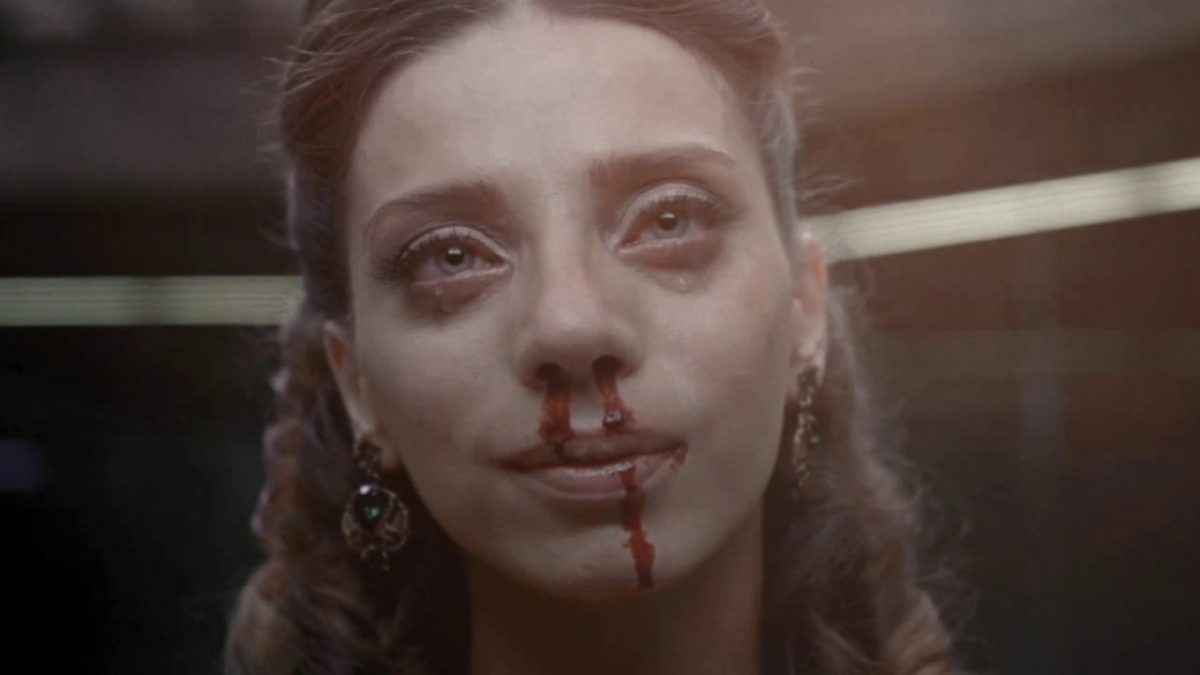 One would imagine that playing the victim of so much abuse would take an emotional toll on an actor, but Sarafyan finds strength in Clementine’s awakening.

“I found that it led to that scene where I beat that other guy up,” she said, referencing a powerful scene from the show. “I thought, Yes! That is the moment where she found her strength. Even though she was a victim of someone else’s agenda that eventually led to her being put down, I found that that moment was when the evolution for her began. And so you find your strength in the hardest moments, and I was grateful for that.”

She marvels at the fact that Westworld is so reflective of the real world, in spite of it being really high sci-fi, and she sees Clementine as a voice for those who feel as though they might not have one. “I personally know women who have been abused and are still in abusive relationships,” she said, sadly. “And they don’t have a voice. They don’t believe they have a voice. And I think Clementine did, in that moment. It was like … he beat her, almost like in a domestic violence situation, and she broke him. Killed him. And it was awesome! I loved it.”

“I think that the show is a reflection of the world we live in today,” Sarafyan continued. “And I think it’s funny how it continues to be that. As season two goes you’ll see, maybe, what the future looks like. The thing that happened with Facebook, for example. That’s scary. And that element of the #MeToo movement, and even March For Our Lives, having children, who are usually taught by teachers and adults they look up to, and now they’re saying, We can’t trust you! And it’s the same thing with the hosts. We don’t trust those who’ve created us, because you’re hurting us. It’s interesting how much the show reflects the world that we live in.”