Interview: The Doubleclicks’ Angela Webber On “Women Know Math” and Why Gender Is An “Everything Problem” 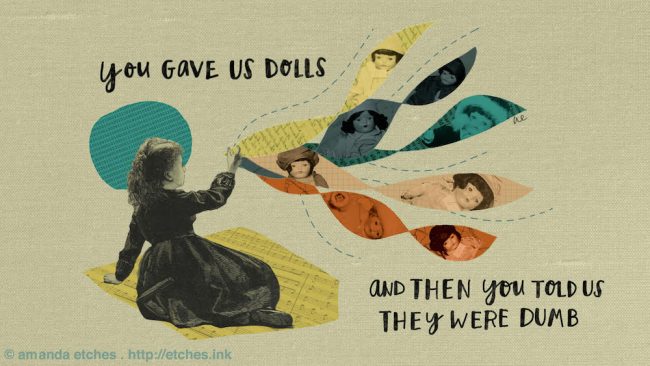 The Doubleclicks are a Billboard-charting, geeky, feminist, indie-folk sister duo from Portland that we love immensely. Today, they’ve released their newest song, “Women Know Math,” in a video that features the artwork of 50 female and gender non-conforming artists to illustrate a song that is, according to a statement from the band, “infused with frustration over being told how women are ‘supposed to act.'”

Check out the video here:

Wanna get to know the participating artists better? Check out The Doubleclicks’ Women Know Math website, where you can check out the work of all the artists, ranging from award-winning author Lucy Knisley and animator Leigh Lahav to the bandmates’ mom, Susan Webber.

“We wanted the message of the song to reach beyond our own limited experience as white women, so we reached out to the Internet and hired 50 women and non-binary artists,” said Angela Webber, who is half of the Doubleclicks, along with her sister Aubrey Turner. “Many of our artists drew themselves, which is wonderful. There are artists of all ages and professions, including several scientists.”

“Women Know Math” is the latest single from the forthcoming Doubleclicks album, Love Problems. This will be the band’s fifth full-length album. Two previous Doubleclicks albums have charted in the Top 10 on Billboard. Starting today, the Doubleclicks are raising funds for the new album on Kickstarter, where fans can pre-order the CD and other rewards. 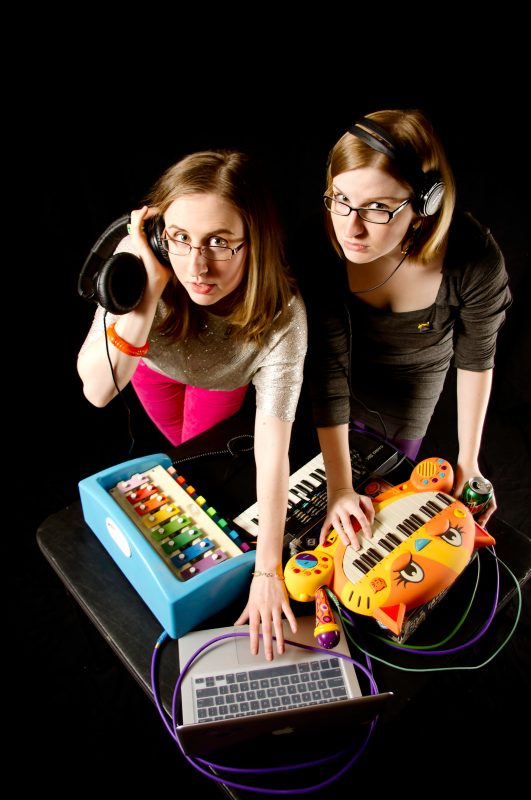 Aubrey and Angela of The Doubleclicks.

I was able to chat with Webber via email about the song, the concept for the video, as well as the band’s vision for their upcoming album and why she considers gender not just a “Love Problem,” but an “everything problem.”

TMS (Teresa Jusino): Where did the idea to incorporate different voices through art come from?

Angela Webber: When I wrote this song, I knew I could only write from my own perspective. But incorporating many perspectives is important and I think creates a stronger message and argument—which is something we learned when we released our video for “Nothing To Prove” back in 2013.

Women have many different experiences, but many have the same sentiment to share—“we are not here to please you.” We thought about including videos of women and then the idea of a “lyric” video with art came up, and it seemed like the right thing to do. Not only could we include different voices, but we could also hire 50 different artists to speak their mind. It was a very exciting thought.

TMS: How did you go about choosing these amazing artists?

Webber: We put out a call for women and non-binary artists online with just a simple form on our website. Many of the artists who applied were fans of the band, some weren’t. Some we had worked with before, and some—like Lucy Knisley—were folks who we are big fans of but don’t know personally. Our mom even applied!

We chose artists based on how their styles fit with the video’s goals, and we looked for diversity of representation in the artists as well.

Even after knowing how quickly we got a list of 50 amazing artists (and even more who we couldn’t hire, even though we wanted to)—we were surprised and so impressed at the quality of work that everyone created. The video is so much better and the message of the song so much stronger with all this art. 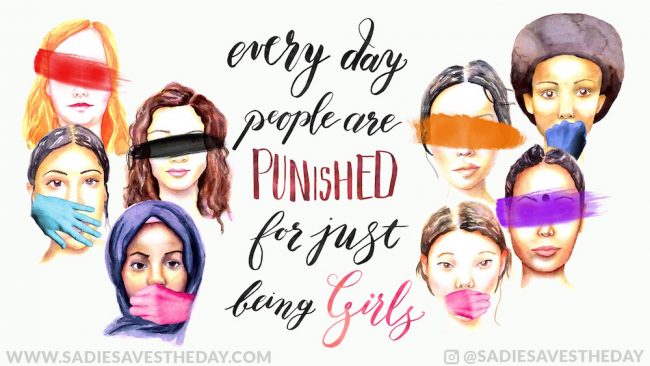 TMS: I see stuff like this, and I automatically think it should be a book. Any plans for something like that?

Webber: That would be awesome! No plans right now. We have printed a coloring book of Doubleclicks lyrics and messages illustrated by artists in the past, which was really fun. It would be great to do such a thing in the future!

TMS: I’d love to hear more about the album this song comes from, which I know you’re kickstarting. What’s the general vibe of Love Problems?

Webber: Love Problems is an album about some serious stuff that I’ve wanted to tackle for a long time, and I finally reached the point where I thought I could write songs up to the task. The album is basically about processing bad situations, and the things that help me get through them. It’s the music that I want to hear when I’m having a bad day, that reminds me that I’m not alone, and that I have the strength to keep going.

For example, the song “Lord Of The Rings” is a song about moving on from an abusive relationship, even when the memories follow you. “Sensitive Badass” is a song about being strong and weak all at once, and how that’s ok.

In terms of sound, the album will have acoustic arrangements like our last album, but we’re also bringing in some wonderful collaborators to add percussion and more voices to create a real “leveled up” acoustic sound. 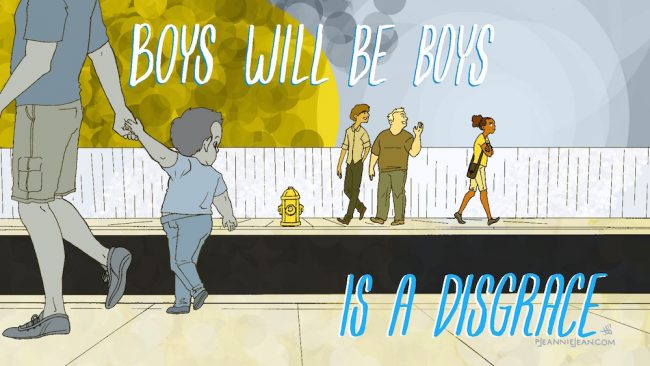 TMS: This song is about gender roles and attitudes. Is gender a “love problem”? Can it be a love solution?

Webber: Haha, yeah—for me, gender is an “everything” problem. Not in itself, perhaps, but in the way it is treated by society. I know everyone experiences gender differently, but I can talk about my own experiences. Being a girl and a woman, especially with some Christian background, meant for me that I was raised to prioritize being nice, quiet, and clean. I have always felt like I was not small, polite, or selfless enough to be “good” at being a girl.

I have a lot of other insecurities and inadequacies in my own mind as well (woohoo!), but the gender-based ones have had the biggest effect on my romantic relationships. The constant pressure to be nice and to please others certainly got me in some terrible situations, and it wasn’t until I found a feminist identity and shrugged off my feelings of “what a woman should be” that I was able to find love in a relationship that actually made me happy.

Obviously, societal gender expectations cause a lot of problems for men and non-binary folks as well—it’s all a huge disaster, in my opinion, and not just for women. For some folks, gender roles as dictated may work perfectly well. But they don’t fit me, and it’s been a problem. Part of the goal of “Women Know Math” is to tell folks that they are not alone, if they have that same feeling.

TMS: Was “Women Know Math” written before or after our current President won the election?

Webber: “Women Know Math” was written before the election, but it certainly seems more and more important now. I think the women’s march was an extremely strong demonstration of folks’ dissatisfaction with the way our President and his administration treat women’s rights, and the rights of a whole lot of marginalized groups. It’s scary. He is accused of sexual assault and at the very least has a very cavalier and scary attitude, which seems to be infectious among his supporters. I think it’s important for folks to be vocal right now to show that his attitudes do not reflect our own, and that we won’t let the values he projects become our national identity.

(images courtesy of The Doubleclicks)