To All the Boys I've Loved Before Sequel? Director Answers | The Mary Sue

Interview: To All the Boys I’ve Loved Before Director Susan Johnson on a Possible Sequel and the Scene That Gets Her Every Time 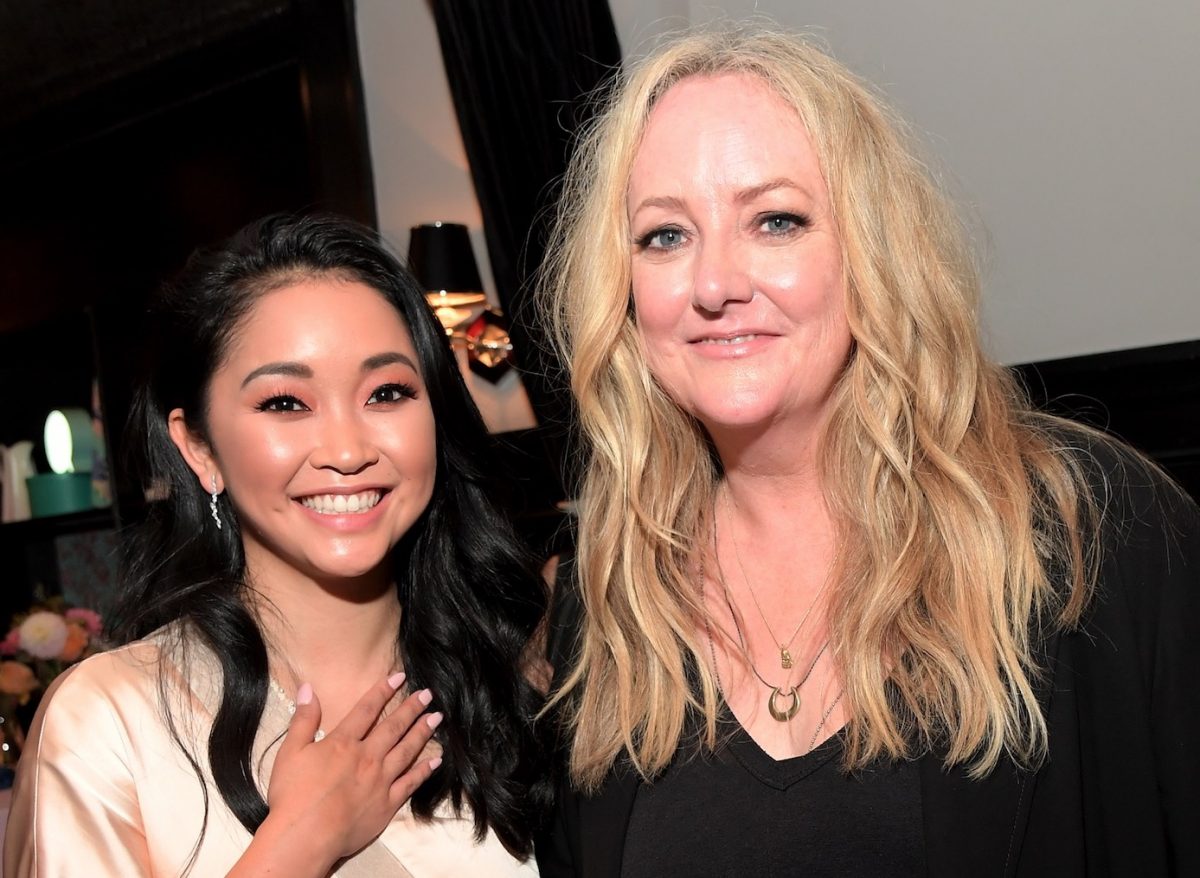 Director Susan Johnson brought to life Jenny Han’s To All the Boys I’ve Loved Before for Netflix and the result was a romantic comedy that wasn’t only funny and lovely, but hugely important in centering the story of three Asian-American girls.

Johnson loved the story’s protagonist Lara Jean, played by Lana Condor, and the coming-of-age journey she goes through as all the crushes she’s ever had—including the one on her sister’s ex-boyfriend—becomes known through secret love letters. I spoke to Johnson over the phone about making To All the Boys I’ve Loved Before, and whether or not the team would be up for possible sequels: Han’s books include two more books after all. Some lines have been edited for length and clarity.

“What comes through in Jenny’s book so much is just joy, it’s joyful,” says Johnson. “[Lara Jean] loves life even though she’s not adventurous yet, and even though she hasn’t figured out who she is maybe—but she’s a truly good genuine, honest kind person. I just really really appreciated that character at this time.”

Johnson, herself the middle of two girls and super close to her father, says she could relate very much to the Covey family dynamic. “I think the family dynamic in seeing who Lara Jean is as a person was just really important for this romantic comedy,” she says, when I point out how the film spends a lot of time with the Covey family. “Her father’s doing his very best to raise her as a single parent and the sisters have to have their own lives, but obviously caring for her as well—enough to send out a bunch of love letters and put her on the spot, which I think is this sort-of deed of love as just much as it is big mischief.”

“I think about my own support and you don’t often see that in coming-of-age movies,” the director points out, “where there’s not a lot of strife at home—a lot of angst and anger and that’s not this family. They get along and I think that’s really unique.” 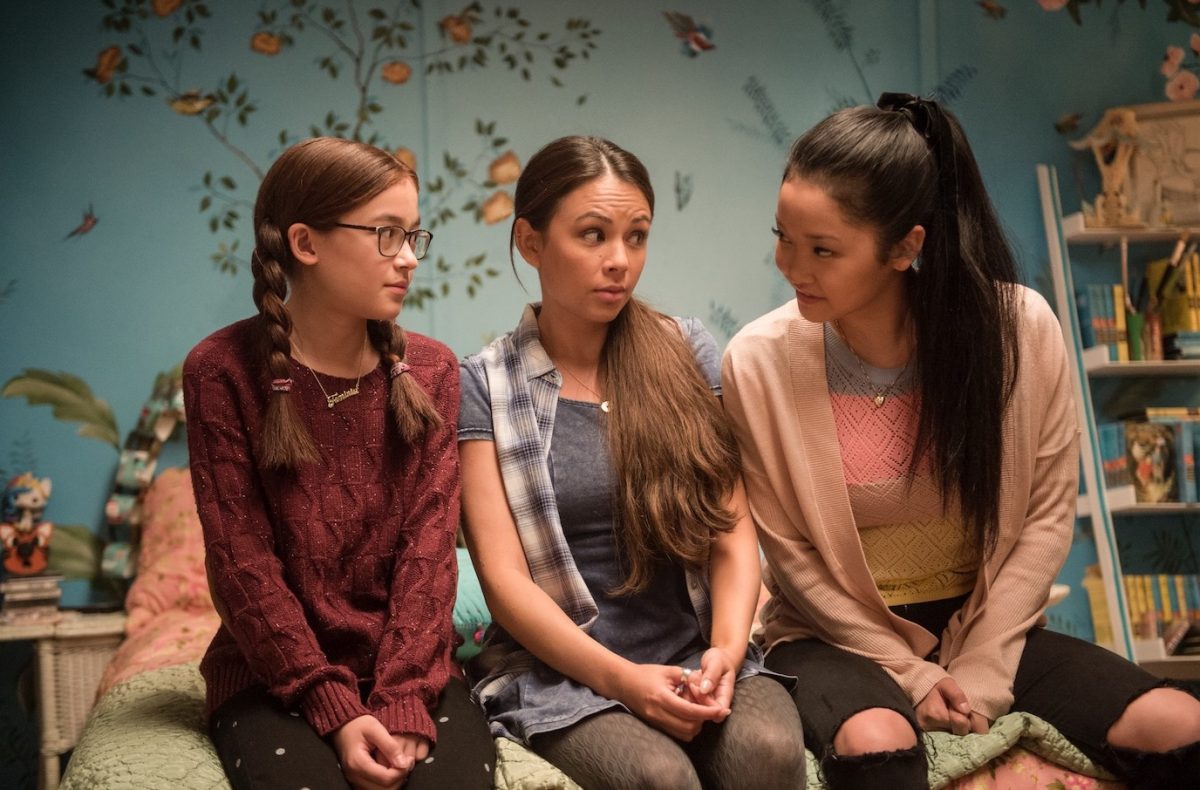 But it almost didn’t happen

Of course, another incredibly unique part of To All the Boys I’ve Loved Before is the casting. “Just the story of 3 As-Am girls, that is something that we haven’t seen before and certainly need to see more of,” Johnson says, adding that was “excited to see the Asian American community recognize themselves in this movie as a romantic lead.” In reference to an original film proposal that whitewashed the leads, she says, “I’m so glad Jenny stuck to her guns and said, ‘If we make a movie out of the book, we’re staying true to the ethnicity of the characters.’ I thought that was really great of her to do—smart, unique, and fresh.”

Like all of the internet over the weekend, Johnson is happy to gush over Lana Condor’s acting talent. “She gets to play all these other characters in the other side of her career where she’s a superhero, like in her new show Deadly Class and like, X-men and stuff, so it’s fun to see her on the romantic comedy side. She’s so fun, she’s so talented—she just has a face you want to watch.”

One example? “The other day I had to pull a scene for something—I pulled the bus scene where she’s in the back of the bus with Chris and I had it on slow frame so you see each frame. I watched her face go through seven different emotions in the space of about a-second-and-a-half of film and to me that was just so amazing! She just is so talented and she’s so intuitive and she’s so funny that I just hope she will go save the world and fight superheroes and all that stuff, and then come back and give us more comedy because she’s really a uniquely gifted actress.”

Johnson’s love of romantic comedies, and the Peter/Lana chemistry

Much like Lara Jean, who’s an avid reader of romance novels and a fan of John Hughes movies, Johnson is a big romantic comedy fan. “I love When Harry Met Sally,” she says, “My favorite movie is The Philadelphia Story with Cary Grant, Katharine Hepburn, and Jimmy Stewart. Way, way back, it just taught me how to listen to dialogue and have that energy—and missed opportunity is always such a big part of romantic comedies and keeping people apart until the very end is so exciting.”

“This movie was a little more challenging because they are having to play on-screen as if they’re together before they’re actually together, so finding that line where you could believe the story and know that they felt for each other is a little bit tricky…until we cast the movie and saw the dynamic between Noah and Lana. Their chemistry was so great that we could go in any direction with them on set.”

Will there be more To All the Boys I’ve Loved Before?

Fans of the book know that there’s much more in the horizon for Peter and Lara Jean in P.S. I Still Love You and Always and Forever, Lara Jean. So will we see them again? “Oh, I hope so. I hope so,” says Johnson. “We’re all attached, so hopefully it’ll just be a matter of how well it does. Like, Netflix watches all those numbers and you know, it’s all really about viewership. Fortunately we have really strong responses to the movie critically, so we just have to rely on the fans and hopefully we’ll be able to make another couple movies.

I had dinner with Lana and Noah last week and they were like, ‘We gotta hurry up before we’re too old! I don’t want to be 28 playing high school!’ I was like, ‘Ok, we’ll try and get on it’, but I certainly think there’s plenty of material in books 2 and 3 and we would all love to do it.”

The heart of To All the Boys I’ve Loved Before

“The tagline that Netflix came up with, ‘Face your fears’, is so prevalent in all sort of rom-coms, but also coming-of-age like this one,” says Johnson, who did something I personally find unthinkable: “This movie encouraged me to call my high school boyfriend and tell him, I was like ‘I just want you to know this is coming out.'”

“Anyway, I love the story and I love that, ‘You don’t know until you put yourself out there.’ For me, Peter is sort of the mature one of the group that sort of has a grasp on love and trust and faith and allows for Lara Jean to have confidence in herself and in the relationship—and I love that too.”

The scene that gets to her (and me) every time

“My favorite scene, for some reason, is the scene in the diner after the party. I just love watching them interact with each other and it feels like a true moment where two people put away everything and are super real to each other. Then she gets nervous and throws out the line that  ‘It’s all pretend’ and it really hurts his feelings. I just love watching that whole—it’s such a full circle that scene—and I think they played it beautifully. It gets me every time. It gets me every time I watch it.”

To All the Boys I’ve Loved Before is out on Netflix now! I’ve been gushing about it to anyone that will listen, so give it a watch.