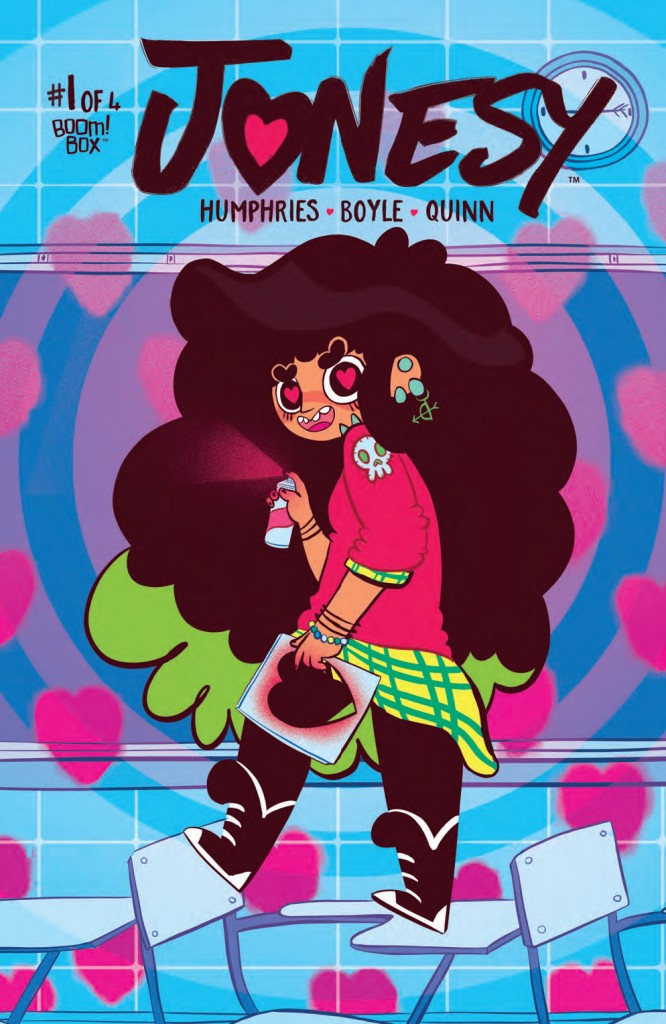 I recently had a chance to ask Sam Humphries and Caitlin Rose Boyle some questions about their brand new upcoming comic Jonesy, which debuts February 10th. The folks over at BOOM! Studios were also kind enough to give us an exclusive look at another page of the comic, plus the covers (including one from Bryan Lee O’Malley) which you can find below–but make sure to check out the full preview first!

Or not. I’m not your mother.

Jessica Lachenal (TMS): The hook at the beginning of the comic is great. I have to ask: who or what inspired this story? Where do you pull your story ideas from?

Sam Humphries: I love shipping—falling in love with people falling in love. I thought, what if it worked in real life, like a superpower? And instead of using the power for good, my mind immediately turned towards…mischief.

TMS: What elements do you think make up the Jonesy story? Like, if you had another “Meet the Cast of Jonesy” diagram except it was a “Meet the Jonesy Comic,” what bits and pieces would you each highlight?

I am so sorry, that is a TERRIBLE acrostic.

TMS: Sam, it seems like a lot of comics are turning towards slice-of-life and Jonesy very much feels like it’s doing the same thing, which is awesome. How does working on this comic differ from your past experience working on cape/superhero comics?

Humphries: I don’t think my Marvel fans will have much trouble enjoying Jonesy. The humor is there, the romance is there, Jonesy has a super power, she’s on her hero’s journey. The sensibility is different, but if you know me or my work, you’ll feel right at home. Star-Lord and Kitty Pryde would be huge fans of JONESY.

TMS: Caitlin, I absolutely fell in love with your art style. It reminds me a lot of Bryan Lee O’Malley and Lissa Treiman, who I’m told both created variant covers for the first issue. The designs for each of the characters are particularly striking. What decisions went into designing each of them? Are they based on people you know, or were they developed from scratch?

Boyle: Thank you so much!! So each character really came about in their own way. Jonesy developed out of a mass of hair—I knew I wanted her hair to be gigantic, and the rest of her came from months of sketches and refining and talking to Sam. Susan was based on a girl I saw bike by the ONE time Sam & I met in person! That inspired the buns, and then I knew I wanted a simple iconic head silhouette, and I wanted her to be tall. Abuelita is every beach grandma I’ve ever seen, and Dad is aesthetically very much my Dad, who is as Dad as Dad could be.

TMS: In page three of the preview, there’s a crowd panel full of Jonesy’s high school classmates. In that panel alone, there’s a very diverse group of faces. How important was it to the both of you to have that diversity? Was it something that just kind of happened, or was it a deliberate decision?

Humphries: This is something that Caitlin and I were on the same page about from the very beginning. We don’t need to talk about it a lot, or plan for it, we just do it. I don’t get it when people wring their hands over whether diversity in a comic feels “organic.” Diversity is inherently organic, natural, and authentic. Anything else is artificial.

Boyle: Sam’s answer pretty much says it—I think we spoke about it once or twice, and from there it was just something we made sure to do on every page. It’s incredibly important, but it’s not something that we need to actively shoehorn in—it’s intrinsically part of the world.

TMS: I really need to know who or what inspired Jonesy’s Abuelita. Like, desperately need to know. Was she pulled from people you know in real life, or is she a composite of folks?

Humphries: It’s been amazing— the first issue isn’t out yet, and already I’ve heard from a bunch of people telling me that Abuelita reminds them of their own grandmother. I think we’ve tapped into the core grandma zeitgeist.

Boyle: Aesthetically she’s what happens when you roll around in a beach giftshop with tape stuck to you. She’s a tie-dyed dolphin tee-shirt come to life.

TMS: Are there any characters you find you yourself resonating with in particular?

Humphries: Rocky the Ferret, because I am also constantly wondering, “Why won’t anyone give me a donut??”

Boyle: I feel a deep connection to Jonesy because in high school I was either rolling my eyes or glaring CONSTANTLY. Just all glares all the time. I’m a little more chill now, but I really get a kick out of drawing Jonesy’s expressions.

Boyle: Rocky’s zine is called ARF ARF ARF and it’s badly stapled and covered in paw prints, then you open it up and it’s like a really in-depth series of AU fanfic based on his favorite anime. He watches TV with Jonesy, there’s no way he’s not on all the ferrets-only messages boards arguing about his favorite ships while Jonesy’s at school. 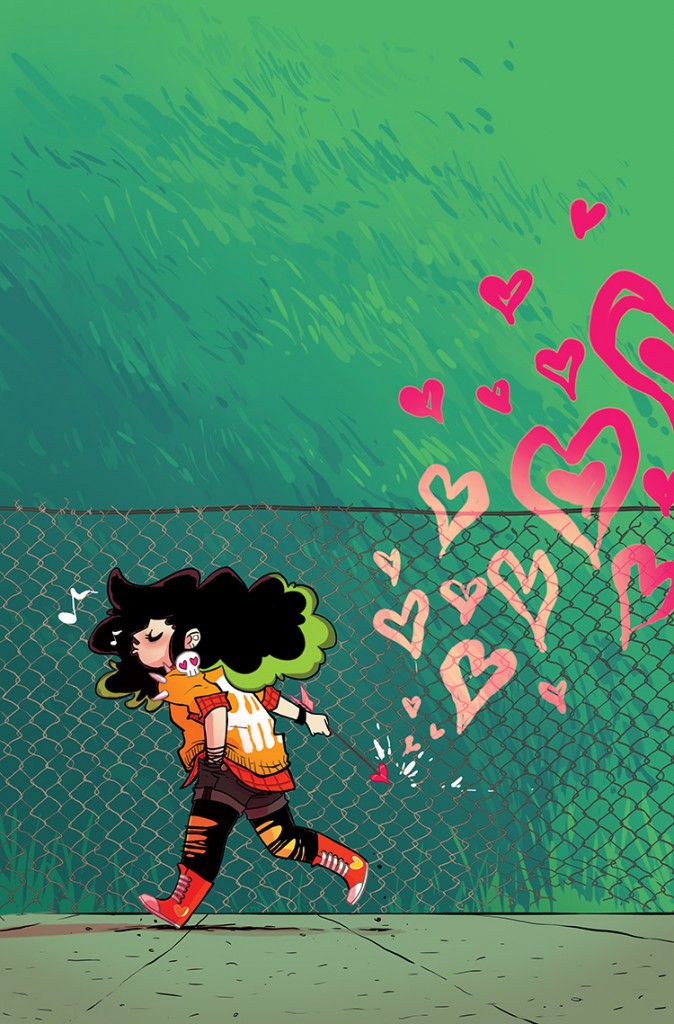 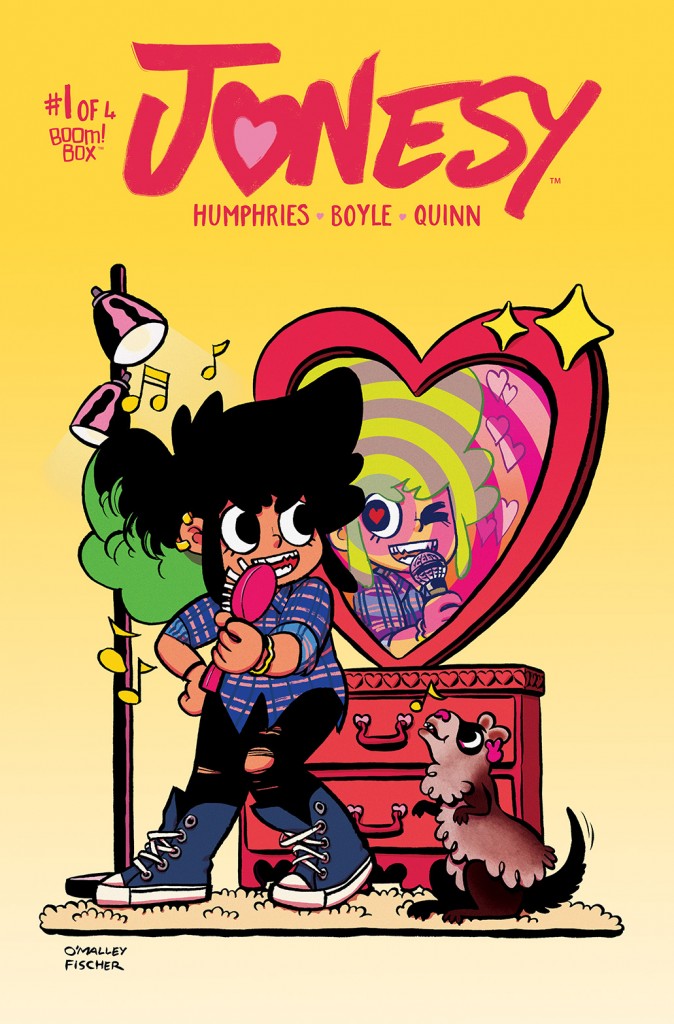 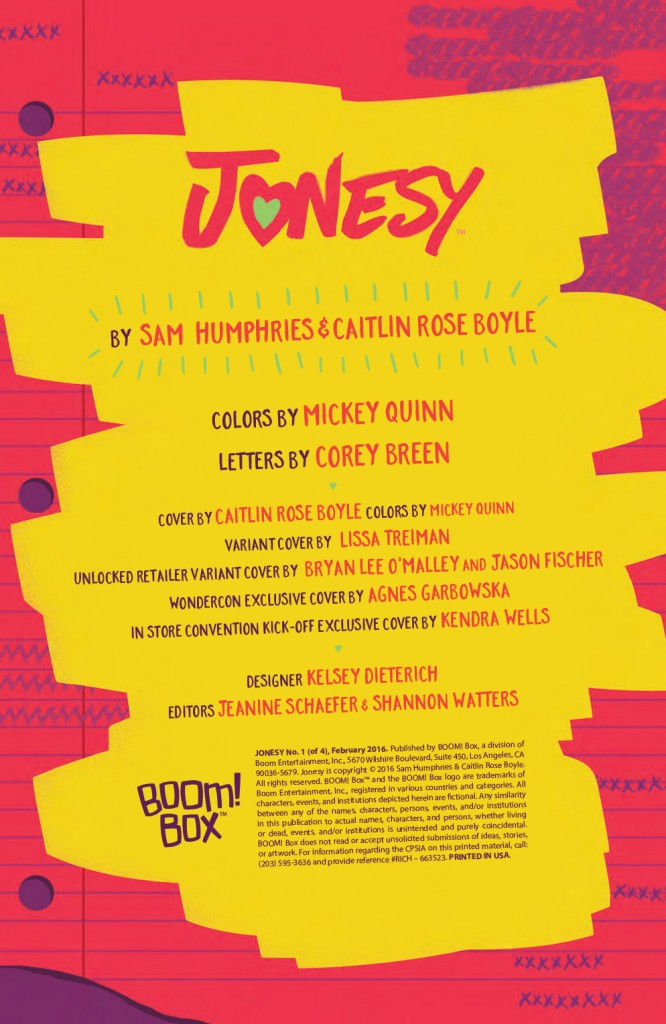 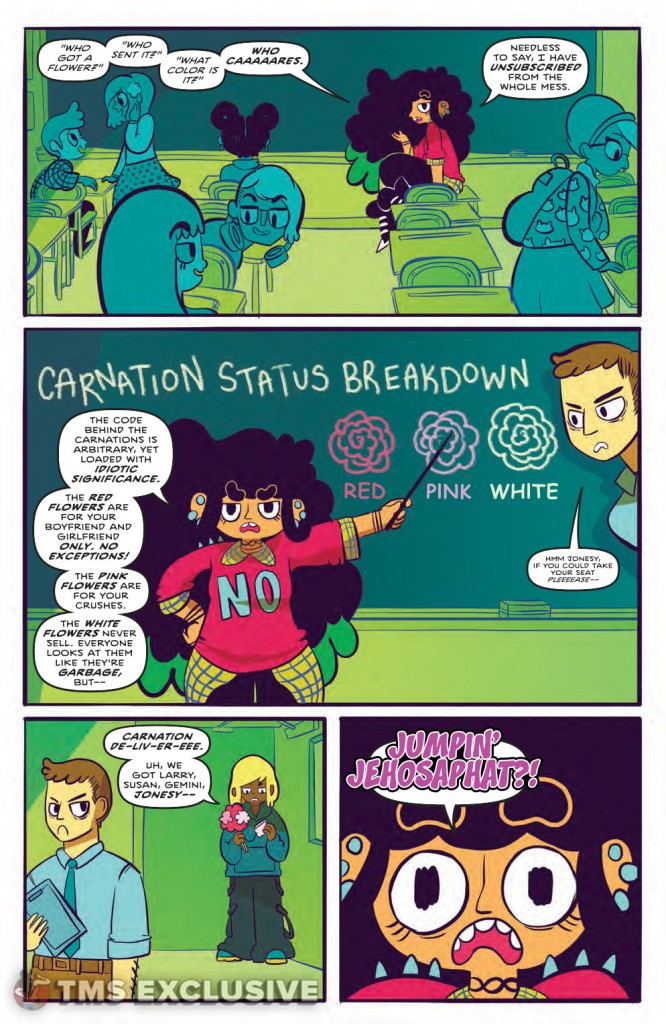 So what’s up? You in or not? Cause you totally should be.