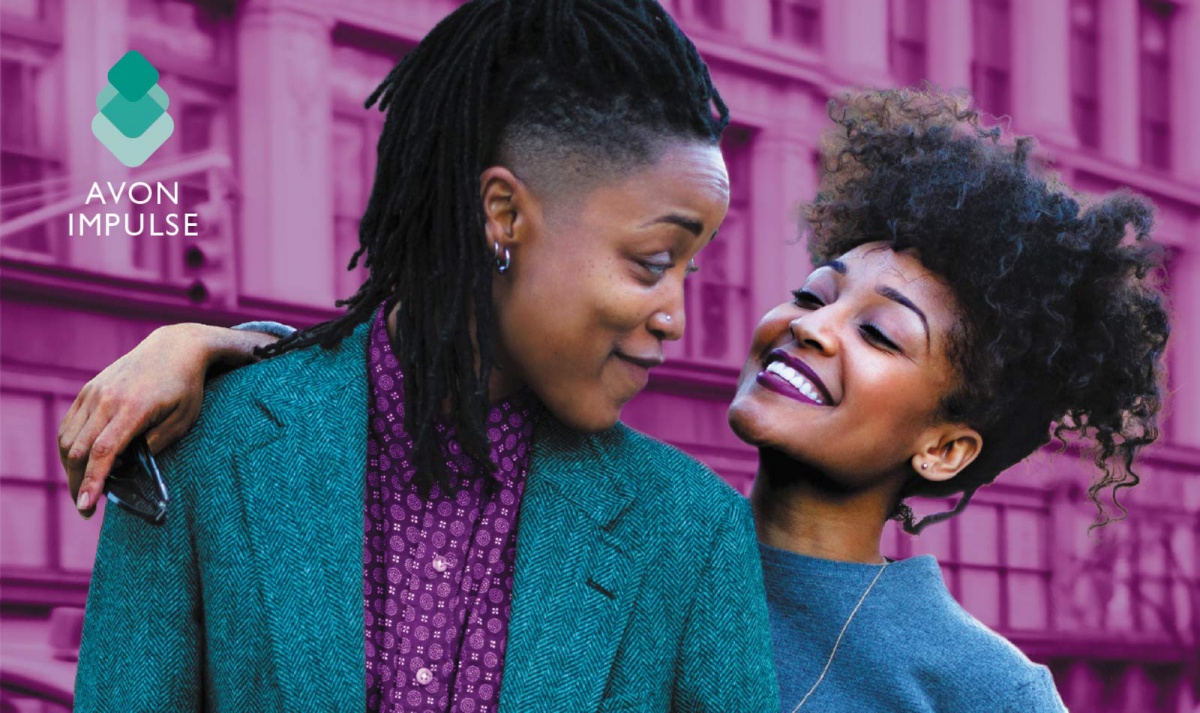 Alyssa Cole is one of my favorite romance novelists in the business right now. Her Reluctant Royals series was part of my discovery of romance as a genre, a journey that has been exciting both as a reader and a writer. Cole has a powerful knack for getting the romance perfect while crafting characters who experience full development through their love.

We spoke about crafting heroines, Black love, and all the amazing romance authors you should check out if you are longing for more queer/Black/Brown romance in your lives. 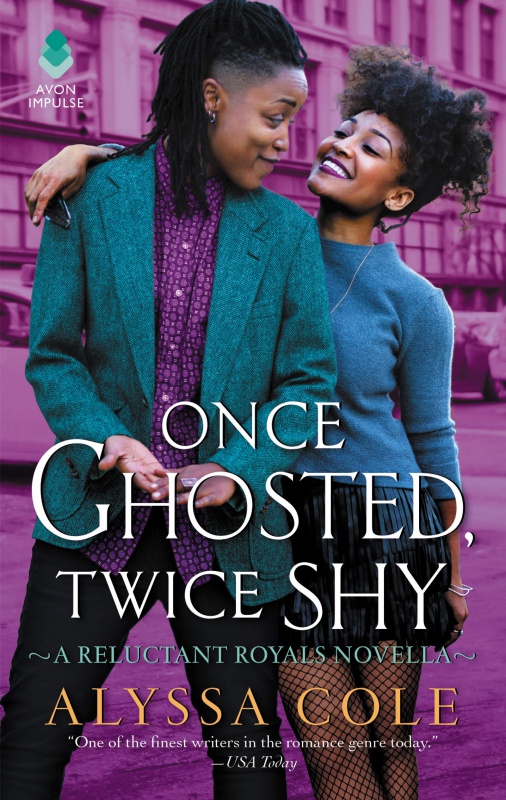 TMS:  What inspired you to get into romance, first as a reader and then as a writer?

Cole: I’ve always been interested in love stories, from before I really even knew what love was, I guess. I read all kinds of books (at way too young an age), and I really, really enjoyed the ones that had romance (and kissing, ahem!) I never really read about characters that looked like me or my friends, though.

I always wanted to be a writer anyway, but the first time I really wanted to be a romance writer was, I guess, after picking up Sandra Kitt’s The Color of Love in the romance corner at my local Waldenbooks. I was maybe 11? And I read that book like … “Oh whaaat?! This heroine is black!? And she’s an artist?!” (I also loved drawing and wanted to be a comic book artist, too.)

It was the first time I ever really felt like there was a heroine in a romance that represented me in several ways, including the color of her skin. (I usually mentally subbed out “fair/creamy/ivory” etc. and replaced it with “brown” in my head while reading anyway, to be honest.) I do think that was the book that showed me that I could maybe professionally write the kind of stories I liked, one day, though I didn’t seriously act on that for many years.

TMS: In Once Ghosted, Twice Shy we get to see the romance between Likotsi and Fabiola, who we met in A Princess in Theory. There is so little romance with Black women, and with Black queer women, there is even more of an erasure. So one, thank you for writing this, but also, what drew you to tell the story of these two black women in love?

Cole: Hm, well, I’m Black, and I don’t really talk about it that much because I’m married to a man, but I’m bi (pan? queer.), so part of it was writing the kind of stories that I want to read, which is what I’ve done since I was a kid. Part of it is just what I write—worlds that contain characters like me and the people I know and care about, and those characters finding love and happiness.

I really loved Likotsi and wanted to tell her story from the beginning (which is why it was left somewhat vague in the background of A Princess in Theory), and hoped that I would be able to. Publishing is starting to pay more attention to f/f romance and inclusive romance (more, but not enough!), and I feel really lucky that I was able to give Likotsi and Fabiola their happily ever after.

I also have a f/f historical novella with two Black heroines, That Could Be Enough. Readers looking for f/f romance by Black authors should check out Rebekah Weatherspoon, Fiona Zedde, and Katrina Jax, too!

TMS:  What I have loved so much about your series is that all your heroines are allowed to be realistically flawed people. They have this great balance between being strong, but not in a way that can be self-harming. (It makes me think of the Lauryn Hill line ‘Don’t be a hard rock when you really are a gem.’)

As a reader, what does it feel like when you see stories featuring black women who get to be loved? As a writer, what goes through your mind when crafting your heroines?

Cole: Thanks! When crafting my heroines, I usually have ideas of who they are already in some way, as their personality comes (vaguely) along with the story. I think about their vulnerability, and how best to show that they are loved, cherished, and adored—what that means for that particular heroine.

I am explicit about this because our society has spent a long time and a lot of energy reinforcing the idea that Black women are, in fact, NOT lovable—that we don’t need kindness and romance, that we don’t have vulnerabilities that require support and care—and that’s before you even get into gross sexualization of Black women/femmes/girls.

So while I’m not always consciously trying to fight back against this, I think every Black (and NBPOC, and indigenous, and queer, and disabled) romance author writing (non-problematic) love stories centering people who’ve traditionally been told they are not worthy of love is, on a subconscious level, trying to change the world for the better. It becomes a part of their craft, even when writing romcoms.

TMS: Within the romance genre, you have written historical, contemporary, and sci-fi romance. Which of those sub-genres have you found to be the most difficult in terms of balancing crafting the setting, fleshing out the characters, and building that tension between the leads?

Cole: Hm, they’re all pretty difficult, but I guess maybe contemporary, because you have to make sure the conflict is enough to keep the reader interested, but generally have stakes that are somewhat mundane compared to a life and death situation of war or apocalypse. But you still have to make the reader feel like the problem the protagonists are facing is an almost insurmountable issue. Trying to get the balance right on that can be tricky!

Cole: I’m not an expert, but I think sites like literotica, AO3, and Wattpad have allowed marginalized writers to hone their craft, make connections, and find readers (and create future writers). Amazon (particularly self-pub) and digital presses allowed Black authors to wedge their foot more firmly in the publishing door. Social media allowed readers to talk about books by Black romance authors that they loved with people outside of their immediate community and to show resistant publishers that there is an audience for these books (even though the audience is really everyone, but that’s another topic)—and also to call out publishers who aren’t doing enough.

It was one thing for a person in the publishing industry to say, “Well we just aren’t getting quality submissions from people of color” to a room with a few people, but when they tweeted that kind of stuff, people could unpack what it really meant for publishing professionals to say they’ve never had a good submission from a POC author while publishing all levels of quality from white authors. I guess we’re living in the age of receipts, and many of the claims that held authors back before can’t withstand the scrutiny of people willing to publicly call them out.

Also, of course, I and other Black romance authors are here because of what authors like Beverly Jenkins, Brenda Jackson, Sandra Kitt, Frances Ray, Rochelle Allers, and others went through, and we’re walking on the road that they hacked into the wilderness for us. It’s still bumpy, unpaved, and has way too few cars on the road, so to speak, but there’s a road, and it’s because of them and others.

TMs: Which couple of the three, not including the upcoming A Prince On Paper, that you’ve tackled in the Reluctant Royals series would you love to revisit the most?

Cole: I actually did get to revisit all three in A Prince on Paper, which was really fun! And in the first book of the spinoff series, the Runaway Royals, Ledi and Thabiso and Johan and Nya will likely cameo. It’s hard to choose which couple I’d like to revisit most, because I want them all in one place and having fun!

TMS: A Prince on Paper comes out at the end of April. What are some fun things we have to look forward to with Nya and Johan?

Cole: This book has a lot of fun stuff. (I hope!) There’s a lot of angst, too, but I tried to balance it out with some fun, silly situations. Johan, the red-headed step-prince of Liechtienbourg, is a world famous tabloid “bad boy” who is actually a cinnamon roll in disguise (i.e., the modern day rake), and Nya is a sheltered woman trying to find her sense of self after years of being told she is weak and naive (our modern day wallflower). Their meet-cute is an accidental spooning incident in the bedroom of a private jet, which leads to a series of increasingly romcom-tastic incidents that I hope readers enjoy!

TMS: Who are some of your favorite fellow Black romance authors who are out right now putting out work that you are enjoying?

Cole: I’ve already listed a few of them above, but in addition, I’d say Vanessa Riley, whose current series is set during the British regency and features Blackamoor heroines, so some cool lesser known history plus romance! Piper Huguley, who writes awesome American-set historicals with romances that also play out against lesser known histories.

Ah so many! A.C. Arthur, who has several fantastic series in various romance subgenres; Nicole Falls who writes hilarious, realistic contemps that make me LOL—and Phyllis Bourne does too! Then we have Farrah Rochon with her Louisiana-set contemp romance series that are just *chef kiss*, and K.M. Jackson with her Unconventional Brides series … Okay I will stop here, even though I could go on, but everyone I’ve mentioned throughout the article should be checked out!