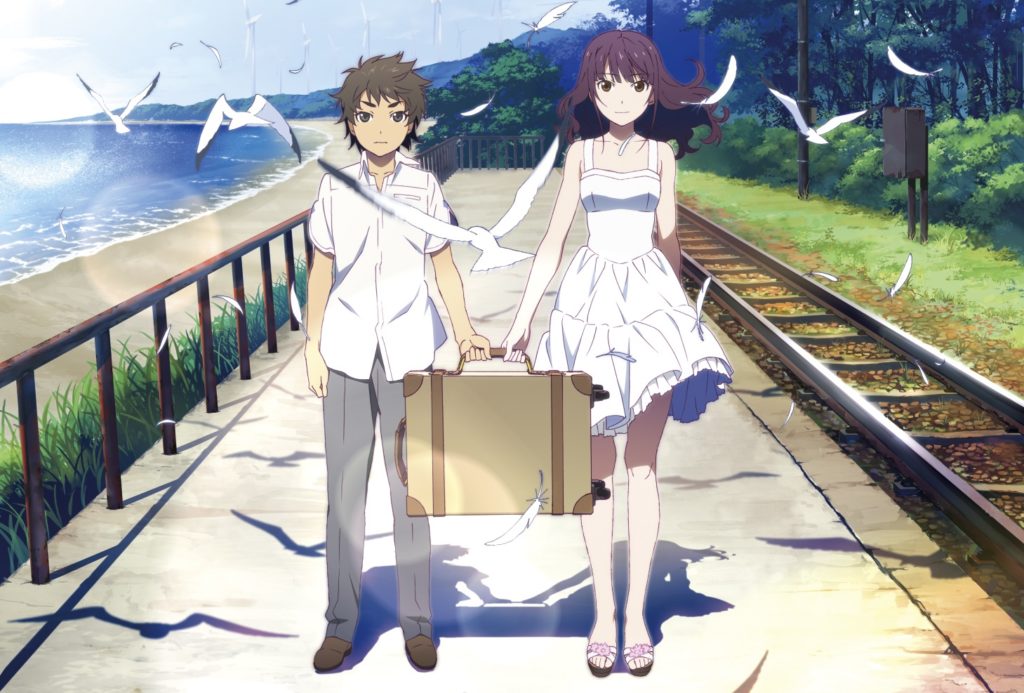 Directed by Akiyuki Shinbo and Nobuyuki Takeuchi, Fireworks is about a girl named Nazuna who’s running away from home because of her family troubles, and a group of boys who create a bet about whether fireworks are round or flat when you see them from a different angle. The two conflicts intersect as two of the boys have a crush on Nazuna, and a sci-fi twist enters the equation when one realizes he’s able to go back in time with the help of a magical item from the ocean.

I previously spoke to producer Genki Kawamura about the movie, and how he aimed to capture a bittersweet longing and moment of youth the way Your Name did. Over email, with the help of a translator, co-director Nobuyuki Takeuchi described his role in the highly collaborative process. Takeuchi has worked as an animator on films like Spirited Away, The Cat Returns, Howl’s Moving Castle, Ponyo, and lots more, but this is the first feature he has directed.

Some quotes have been edited for length and clarity.

While Takeuchi states that the story development was mostly the work of Akyuki Shinbo, Hitoshi One, Shunji Iwai, Genki Kawamura, and Mitshutoshi Kubota, he did suggest “changing the characters in the latter part of the film a little bit.” The latter part, when the sci-fi elements are in full swing, are where the anime departs from the live-action 1993 Japanese television drama most significantly. However, the co-director points out that the character designs were mostly “very subtle changes.”

“I guess Mr. Shinbo was struggling with how to represent the significance of anime within the animation,” he says, “and he was saying that we should change the character a little as well as the design of Nazuna. It was challenging to decide how to finalize the change, but the current form was what we decided on, though a subtle change. The way to determine what to change or what not to change was not too precise. Since Mr. Shinbo first had his original image idea, we listened to it during meetings, and then we discussed with the producer how to develop it. Well, it was an unorthodox method, but that’s how we did it.” 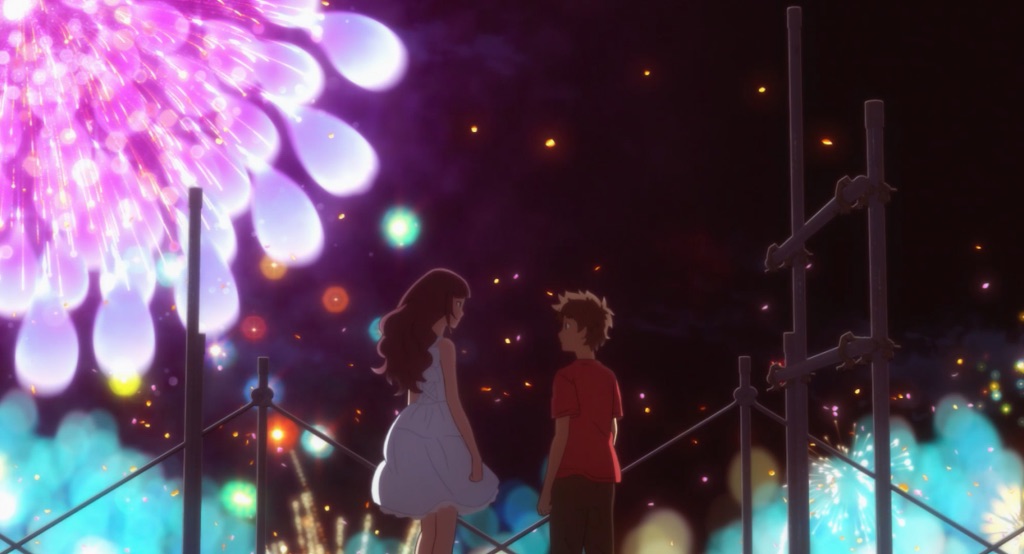 On creating subtle and un-subtle time-travel through visuals

Takeuchi points out that they wanted to show the distortion increase with each jump while also using these shifts as opportunities for characterization:

“When time goes back for the first time, though it’s very hard to notice; everything, for example, the wind power generator’s blades, turn the other way. I’d rather think this reflects Norimichi’s mindset of wishing for time to rewind. The one who wanted to turn back time was Norimichi, and his mind turned into the scene, the wind power generator’s blades turn backwards as well, although it’s not easy to spot. And, if there is anything that is turning on the screen, everything is turning backwards.

Norimichi turned back time again in the latter part of the film. I made the scene appear as the world Nazuna was probably wishing for. Well, we could say it might be Norimichi that was wishing for that world. The thing Nazuna wished for was a successful escape from home, and I wanted to make the film portray the world that Nazuna desired at that moment.

The world in the last scene was wished for neither by Nazuna nor Norimichi. I thought it was something not of the frequency of that which wishes for the world, then the dome-like object came out…It really was the process inside of me. The staff’s opinions vary, but I believe that the world in the last scene was affected by something like an invisible existence, and the scene reflected that.”

One significant scene takes place on a train, as Nazuna voices her dream for the future and Norimichi listens. This moment transforms their surroundings for just a few minutes, and it’s a very sweet moment.

“I simply transformed the things which junior high school students living in the countryside generally longed for in a super clichéd way. If Nazuna wanted to become a princess, I would make her a princess. It’s only a dream-like scene, it’s not happening in reality. It’s like part of a picture book. I tried to portray the scene like that. And at that time, I was thinking that it would be nice if I could conduct a character change, too.

I’m pretty sure that Mr. Shinbo was also considering changing the character, as I was from the beginning. Anyhow, let’s set the methods of change aside, but we wanted to change Nazuna’s visual appearance to show a distinctive feature of animation. It is possible to change a character’s appearance in live action, but the possibilities of changing a character in animation are much more extensive and visible.”

Is Fireworks a love story?

I commented that since the film spends a lot of time with Norimichi’s group of friends and other interesting familial relationships beyond the couple, it feels like more a story about youth than simply a love story. Takeuchi is surprised by this, but similarly enjoys the supporting cast.

“I wonder if it appears like that. Does it? The boys scarcely appear in the last half of the film. But do people see the film in this way? I’m kind of happy to know that. I’m like, ‘Really?!’

In the process of the production, though it was just my own feeling, I think Nazuna’s mother and father/fiancée figure, and Norimichi’s father and mother; too, make an impression even it for a short time. I feel an attachment to those supporting characters as well. Although it’s a short period of time that they appear for, I tried my best to contemplate about those characters.

The story about youth. […] It was not necessarily my initial intention though, but the main reason for that was that the original drama was like that, so I had to be consciously aware of it. If I didn’t portray Norimichi’s situation with his friends, Norimichi’s situation would have come across as more pitiful and pathetic. I didn’t want Norimichi to be considered as a passive kid. We see that he’s not passive all the time when he’s in the group of boys. Even if it’s a little bit or subtle, we can see his character’s shape, and I thought that was a very important thing.”

“To be honest, there is no scene I don’t like, but in multiple senses, I like the scene where Nazuna suddenly got out of the sea the most. I really like that part. It’s because the animator who worked on that part was very skilled. Though I can’t find the right words to describe it, it is a scene that makes us wish the same could happen in our own lives, don’t you agree? […] I thought that the swinging long hair was cool. It somewhat reminds me of Kabuki. I know it’s different (laugh). I was kidding.”

Fireworks is available on Blu-ray and DVD November 20th.