To All the Boys I’ve Loved Before: We Spoke to Jenny Han About Sisters, Asian Representation, and Love Letters for the Netflix Rom-Com 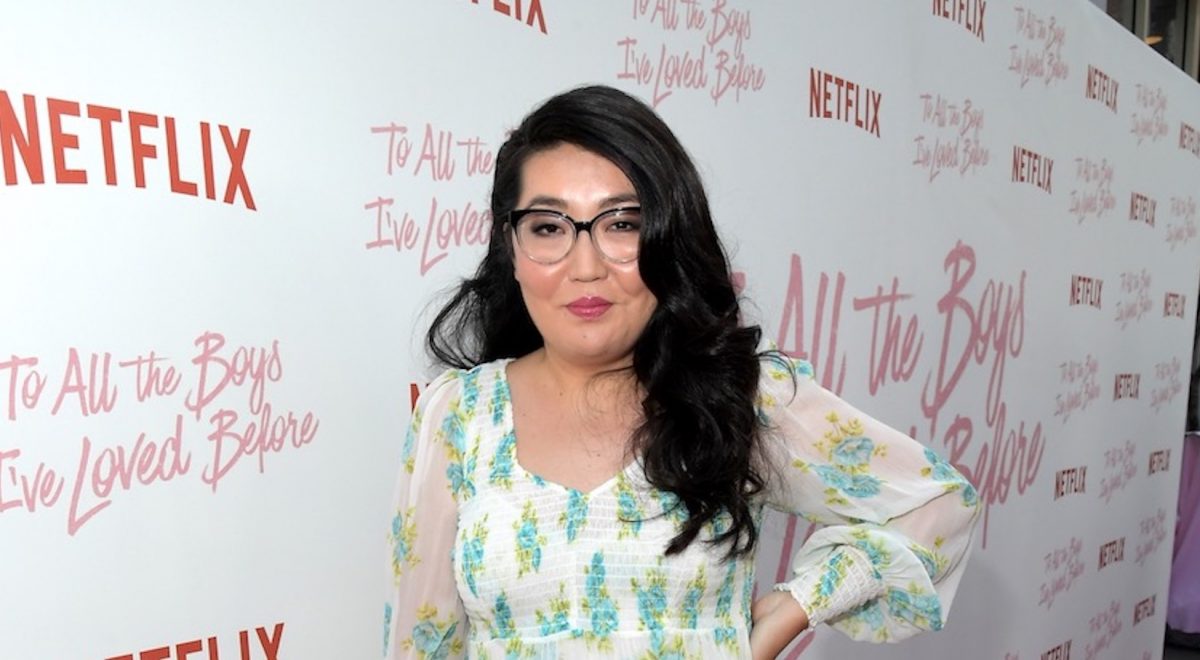 For Jenny Han, it was incredibly important that Netflix’s adaptation of her best-seller To All the Boys I Loved Before captured the spirit of the book. “That was my priority,” Han told me over the phone. “My hope was that the fans were going to be happy with it.” From all the buzz around this new Asian-American rom-com, it’s definitely succeeded. The film, starring X-Men: Apocalypse‘s Lana Condor as romantic lead Lara Jean Covey, is a delightful rom-com that captures the humor, sweetness, and heart of Han’s book.

At the start of the film, Lara Jean is nursing a broken heart. Her long-time crush Josh (Israel Broussard) is dating her older sister, Margo (Janel Parrish). Lara Jean has her own way of coping with her crushes, though: She writes a love letter confessing every embarrassing feeling, and locks it away forever.

However, when Margo leaves home for college, she and Josh break up. More urgently? Someone has actually sent all of Lara Jean’s letters, including an old letter to the popular Peter Kavinsky (Noah Centineo). Now, Lara Jean is dealing with missing her beloved sister, avoiding Josh by hatching a fake-dating plan with Peter (we all know how those work out), and readjusting to life without the responsible Margo around, by helping out her single father (John Corbett) and sister Kitty (Anna Cathcart).

Jenny Han spoke to me on the phone about the importance of Asian-American representation, how To All the Boys I’ve Loved Before captures a special family dynamic, and her favorite scene in the film. Some lines have been edited for length and clarity.

First, though, I want to share an exchange we had after I mentioned how much I enjoyed the small ways we saw Lara Jean’s Korean-American express itself (face masks, food, etc.):

Han: I visited the set a few times, for a few days at a time, and that was also a good opportunity for me to make sure—like, “Can we make sure there’s a rice cooker in the kitchen?” Or, I happened to be there on set in the sort-of-opening-scene. In the scene, originally, she was wearing her sneakers in the bed and she had her feet against the wall.

Han: I know! So I whispered to the producers, like, “Um…” I didn’t want to be annoying but I had to say something. I was like, “Can she not be wearing shoes in bed?”

[This one’s for you, every Asian who saw Mulan wearing shoes indoors in the Wreck-It Ralph promo and went, “WHO RAISED YOU?”]

Han: I’m really excited, I’m planning on watching [Crazy Rich Asians] this weekend at the theater because I think it’s really important to be out there opening weekend to support something. I’m really excited because I feel like if these two movies do well we’ll just get more—more leads, more stories for everybody, more representation in general. I just think that no one story is ever going to represent everybody, including mine, but I hope that we keep getting allowed to get cracks at that and have the chance to do more.

TMS: It seems like there’s oftentimes a lot of pressure for one film to be everything for everyone.

Han: I think the scarcity is what makes it that way: there’s just fewer opportunities for Asians in TV and film and even fewer have the opportunity to make a career from it. But all I can do is what I’m doing, and hope that more and more Asians from different backgrounds will have that opportunity. Representation is good for everybody.

On what she loves about Lana Condor as Lara Jean:

Han: I think that she’s so expressive and so spirited, and just her little—the little faces she makes just cracks me up when I’m on set. I think she has a lot of bounce and effervescence to her actual personality that really, to me, felt like it really fit with Lara Jean’s personality.”

Trying to get awkward youths to dance during her cameo in the film:

Han: It was a little bit nerve-wracking because I’ve never done that before—but it was funny because my scene was at the dance scene, so the kids were pretty young because it was a flash-back. I was standing there with them the whole time and I kept trying to hype them up and be like, ‘Guys, this is supposed to be fun! Please, dance harder! Really get into it!’ And everyone at that age is so self-conscious, especially having to dance on cue in front of strangers and they were all real kids, they weren’t, like, actors.

So I also thought that—in the scene I’m playing a chaperone and I felt like it was kind of meta….It’s nice to have a moment of me, as an author, kind of giving my blessing to Lana the actress.

The importance of romantic comedies and YA:

When it comes to romantic comedies and romantic stories in general … I think that when people reflect upon one of the most important relationships in their lives and what are their priorities, people will say love. And to me, it doesn’t really make sense that people don’t give that same level of respect as a genre, because that’s one of the most important things about being alive.

When it comes to YA, I just think that it’s the most raw, interesting time to write about because young people are experiencing so many things for the first time. And as a creator, I feel like that’s a very compelling time to be in someone’s life, because the first in generally more interesting than the middle—and the last time you do something you hardly ever know it’s the last time.

Jenny Han’s favorite scene, and not making it too much:

Han: I really love the hot tub scene, partly because I was so nervous about it. I was texting Lana the night before being, like, “Just remember, it’s really chaste.” [laughs] It’s a really sweet scene and I think when you think of a hot tub scene and a make-out you think it’s going to be really steamy. I was like ‘Just keep in mind she’s never done this before”, and she’s like “I got it, I got it, don’t worry.”

So I felt like a lot was riding on that scene. I saw it and was like, “phew”. It’s still very sweet, in part, because Noah manages to get across a certain kind of vulnerability and he looks at her with such tenderness.

What makes a great love letter:

On creating a story that is about sisters, as much as it about romantic love:

Han: I felt like Janel as the oldest of the three and also as the most experienced as she came off of Pretty Little Liars, she really took on that big sister role. I think it’s so important to be able to see role models, to have someone to look to to ask for advice. When there’s that scarcity that we talk about, a lot of times people of color don’t get that opportunity to get somebody like that to go to.

I’m very close to my sister, so as I wrote [To All the Boys I’ve Loved Before] I was thinking a lot about the ways families change, and they can shrink and expand and that’s something that’s throughout your whole life. So it’s something you have to experience over and over again with people getting divorced, passing away, living away, or even just losing touch. It can feel really destabilizing, I think, for anybody.

And as I was on the road promoting the book, I was realizing how much of the book is about my feelings for my sister getting married and thinking about the way our family would change—how it’s always been my sister and I and our parents and on Christmas Eve we’d share a bed together, just cozy in our pajamas. And I thought, “Oh, she might not even be there at Christmas cause she’s going to have to go to her in-laws.”

But then a year later, the sequel comes out and I get to dedicate it to my new nephew, you know? Families do change and there is that room to expand as well. I think it doesn’t have to be a sad thing. That’s the thing with Lara Jean too, Margo goes away but her world really expands too.

To All the Boys I’ve Loved Before is streaming now on Netflix!