Interview: Inside Out’s Kaitlyn Dias on What Makes Riley so Awesome 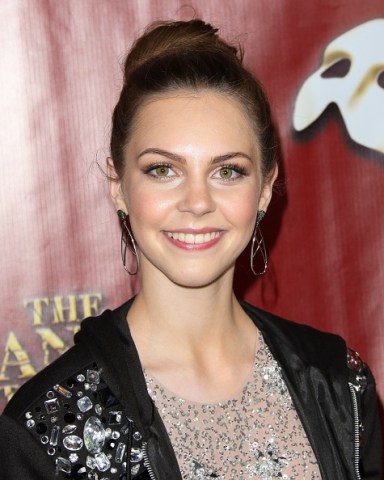 16-year-old Kaitlyn Dias has a couple of years on Riley, the character she voices in the Disney/Pixar hit Inside Out, and she had a great time going back to her youth (well, her earlier youth) to mine the depths of her memories and, with her performance, successfully navigate the depths of middle school life and emotions.

I had the chance to speak with Dias exclusively for The Mary Sue, and we got to talking about what makes Riley special, and what it’s like to be a teenager who’s a part of a global phenomenon!

Teresa Jusino (TMS): What makes Riley so special? Why is she an interesting character to play?

Kaitlyn Dias: Well, she’s your average girl. She’s someone you can easily relate to. So, it was fun to sort of go back in my own mind and revisit how I thought back when I was eleven. I like to go back and sort of reminisce about what was going on in my mind at that point of time in my life.

TMS: Yeah, so this is all that middle school drama that, at 16, you’ve moved past.

Dias: Exactly. Now it’s on to high school drama, which is much worse! [laughs]

TMS: Well, the short “Riley’s First Date” is coming up on the Blu-ray and Digital HD release of Inside Out. Obviously, the title is very indicative of what it’s about. But what can you tell us about it without spoiling anything?

Dias: What happens is – a friend of Riley’s from school comes over, and her dad is like This friend of hers is a guy! He better not hurt Riley! And so he gets really defensive about it. He just wants to protect his baby girl, of course. But then, through the short, the dad realizes that he has a bit more in common with Riley’s friend than he first thought. And Riley is, of course, embarrassed by their dorkiness.

TMS: Inside Out is huge! Everyone loves it, it’s made so much money, it’s a big deal…what’s it like for you to be a part of such a big phenomenon?

Dias: It is mind-blowing, and exciting, and amazing! I’ve already got people all over the world who are like Ohmygosh! You’re so cool! And I’m just like, Ohmygosh! So many people know about me! It’s just like… I’m still wrapping my head around it! And I’m thankful to all those people who are already fans of mine. Thank you so much. I just wanna say that. Thank you. Thank you. I don’t deserve it quite yet, but still. Thank you.

[Ed. Note: Please know that the above was said in the most adorably enthusiastic and animated fashion imaginable!]

TMS: Well, you did do a great job! Does this affect you at school at all? How does it feel to see Inside Out t-shirts, or Inside Out merch floating around?

Dias: Well, I graduated early from high school, so I’m not quite aware of what’s going on. But my friends will be like Ohmygosh! I found this stuff at the Disney Store! It’s Inside Out stuff! And we’ll geek out about it for a little bit.

TMS: Getting back to Riley for a second, since we talked about “high school drama.” Where do you see Riley in five years? What kind of person do you think she’s turning into?

Dias: She’s gonna be – I don’t wanna say That Popular Girl – but she’s gonna be that girl who knows everyone. She’s just really friendly, and really nice. Of course, she’ll have a small, select group of really close friends, but she’ll pretty much know everyone. She’ll know of everyone, at the very least.

She’s that really friendly person that everyone can at least say Hey, I remember you from school! or whatever.

TMS: If you had a chance to voice any of Riley’s emotions, which would you want to take on? Which is your favorite that you would love to be the voice of if you could?

TMS: As Riley gets older, what new emotions do you think might pop up as she gets older? Or, think about your own life, and think about what’s popped up for you now that you’re sixteen?

Well, I don’t know about you, but I’m excited to check out “Riley’s First Date!” Inside Out comes out on DVD/Blu-ray and Digital HD tomorrow!