Interview: Guillermo del Toro on the Future of Pacific Rim 2, His Dream to Make a Noir, and Why He Flipped the Gender Script for Crimson Peak

In which I am a nervous goober, and he is a delight. 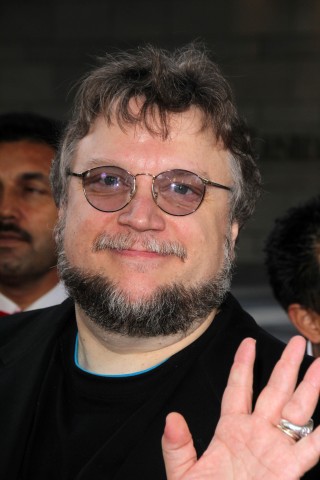 One of the most resonant things Guillermo del Toro said during his interview with The Mary Sue is “these decisions have a weight.” He was speaking specifically about the decision to give Tom Hiddleston the only significant moment of nudity in Crimson Peak, but also generally about making art that ignores conventional gender roles.

Crimson Peak has a refreshingly competent main female character (Mia Wasikowska’s Edith), but the movie’s feminist bent was also the reason it took nearly a decade for the project to receive the support it needed to be made. These decisions have a weight, for better and for worse.

Speaking to The Mary Sue over the phone yesterday, del Toro graciously took time out of his incredibly busy New York schedule to talk about what he hopes to work on in the future, and why he’s dedicated to female-led projects. (There are some not-quite-spoilers for Crimson Peak to follow, I’ve put them under blocked-out text just in case.)

The Mary Sue: I saw the movie last night, and I loved how focused it was on the female characters; on their agency, their sexuality, and their relationships with each other. What inspired you to tell a story that was so focused on women?

Guillermo del Toro: Very frequently, I find myself more interested in female characters that are strong, like in Pan’s Labyrinth or Devil’s Backbone. And the reason why I made Pacific Rim was Mako Mori. That was, to me, the core of the movie. And in this instance, it’s a genre I grew up with. The first movie I saw when I was four was Wuthering Heights, and then I discovered at the same time Frankenstein and Jane Eyre, and I thought they were both emotional biographies of their authors. And I had this immense spiritual love affair with the Brontës and Mary Shelley.

Gothic romance is such a  complex genre, and through the years it has sort of degenerated into the paperback version of the genre, which was this kind of paperback with Fabio on the cover, rescuing the girl from a burning building. And I thought, this is quintessentially a female genre, that was written with characters that were very complex, very strong. I wanted to make a movie in which to some degree I recuperated and, maybe if possible, enhanced all that. It was very important to have the girl be Fabio, and Charlie Hunnam be the damsel in distress. But also because I’ve been surrounded by strong females all my life; my wife, my mother, my two kids. Everyone I associate with–producers, my first producer was Bertha Navarro, and I’m always at a loss at the portrayal of weak female figures in movies. These people must live in a different world, you know? 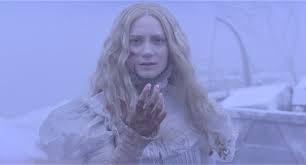 TMS: I actually wanted to ask, I was wondering if you’d ever heard of the “Golden Retriever” trope? [I butcher this explanation here, but if you haven’t read Sulagna Misra’s piece on “Golden Retriever” movies, you should.] Pacific Rim works so well because the male character immediately trusts the female character, he doesn’t have to be convinced to trust her. And I felt the same way about Crimson Peak. I was wondering why you think that is, that it’s so easy for you to write characters where the men immediately trust the women and are able to cooperate with them.

Del Toro: Well it’s funny, because when I wrote Pacific Rim, I made the decision to make the two main characters the characters that got the fewest lines. Like Charlie [Day], Newt, gets much more lines than Raleigh. Idris Elba gets many more lines than any of the two main characters, and the point of the movie was, can these two guys trust each other instantly and have empathy? Curiously enough, I haven’t heard of the Golden Retriever, but it’s exactly the point of the movie. I thought of it [Pacific Rim] as a Russian Doll, with a hurt girl at the center, and then Mako, and then a giant twenty-five story robot. And finding that the strength came from the fact that at some point as a child she was afraid, and she’s not afraid anymore. Which I think is essentially a metaphor for all of our lives, you know? 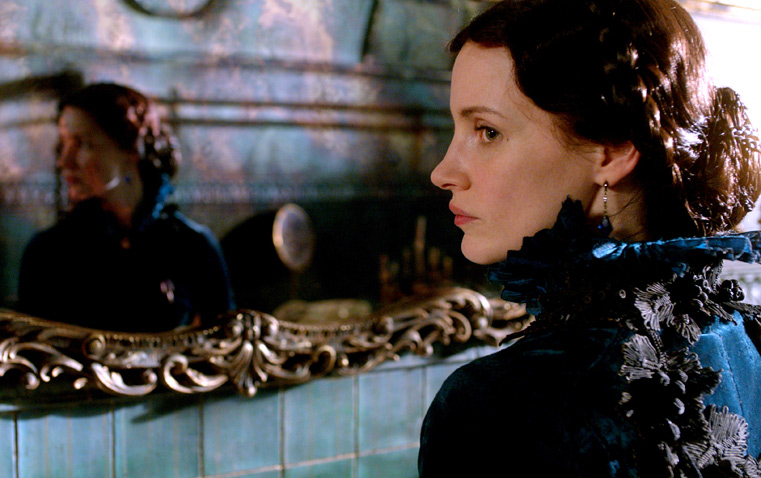 TMS: I don’t know how much you can speak to this, but at The Mary Sue, we’re huge fans of Pacific Rim, so obviously we’re excited for the possibility of a sequel. I was wondering what keeps you so dedicated to that story. What’s driving you back to telling it again?

Del Toro: Well you know, right now, I hope it gets made. We are budgeting and it’s up to the studio to greenlight it, but the characters, I absolutely love the characters. Pacific Rim was designed to have a narrative that I called, jokingly, ‘complex simplicity,’ which is, you know, it needs to play completely like a genre piece but underneath there was so much stuff that I loved, and was personal about the characters. I adore with a passion everybody. Newt, Mako, Charlie [Raleigh]. I mean, I just love them all. And there are new characters and old characters, a mixture in the new one, but I love returning to that world. I love the fantasy and the empowerment of the giant robot myth, I think it’s very essential to the 20th century on a very basic primal level, and I love the idea that it’s not a Transhumanist belief in technology, but a humanist belief in each other. That’s what attracts me to that universe. I don’t love machines. I love the fact that machines have always been connected with adventure, from Jules Verne to our time, so that is the type of humanistic sci-fi that I love.

TMS: In regards to Crimson Peak, you spoke about how it was about turning the tables, and having the female characters be the Fabio in this movie. Was it a conscious decision to have Tom Hiddleston do the only nudity in the film?

Del Toro: It was, a decision I made with Tom and Mia early, early on. First of all, I felt it was very important to have in a genre piece, a section that was sexual but liberating. Because normally sexuality in any genre is damning, or is a sign of doom or shame or horror, and I wanted to have this kind of core of purity, that allowed the characters to be sexual without having any damning connotations. And the movie is designed in this way, not because there is, on my part, an agenda, but because there is an enormous enjoyment in reclaiming a genre to the principles that I thought made it beautiful for me when I read it as a kid, because there was truly an introspection into a universe of very powerful literary figures.

And these decisions have a weight. It took eight or nine years for the movie to be made, and one of the reasons that was quoted recently, was that it was female centric. They would say ‘well, you know, if you want to do that in this budget, this is a difficult movie because it’s R-rated,a genre that hasn’t been done in 50 years, and it’s female centric.’ And I have had studios quote me–when I wrote Beauty and the Beast for Warners, part of the reasons that we were in disagreement over the budget, was the fact that the story was meant to be female-centric. 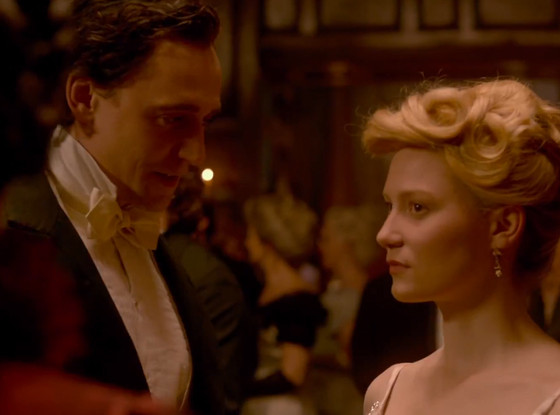 TMS: That seems to be the story you’re interested in telling, you naturally gravitate to that.

Del Toro: I do. If you go back to Cronos, it’s a two-hander between two figures that in 1991, when I made Cronos, they were always marginal in narrative. One is an old male, and a young female. I have more interest in figures that you normally don’t get to see centered in a genre narrative, it makes it so much more interesting for me.

TMS: I was wondering if there’s a dream project you have percolating, or a genre you haven’t explored yet, that you would if you had all the time and resource in the world. Is there something you’ve had on the backburner and haven’t thought about exploring yet?

Del Toro: Yes, I want to do a noir. I’m really quite taken by the period between the late ’30s and the mid ’40s, where the world is changed by World War II. I would love to do a historic drama but I need to do it around an anecdote that is at the very least outlandish enough to attract my imagination. I knock on wood, and I hope it happens one day.