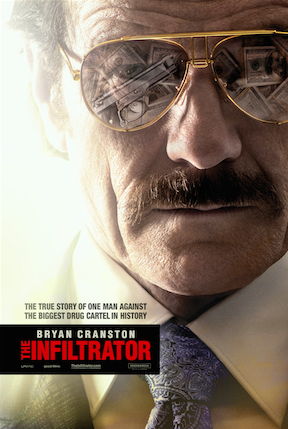 When director Brad Furman read the memoir, The Infiltrator, by former federal agent Bob Mazur, he knew he wanted to adapt it into a film. When thinking about who the screenwriter should be, he made an unorthodox suggestion for the job — his mother, Ellen Furman.

Here is the official synopsis for The Infiltrator:

Based on a true story, federal agent ROBERT “BOB” MAZUR (Bryan Cranston) goes deep undercover to infiltrate Pablo Escobar’s drug trafficking scene plaguing the nation in 1986 by posing as slick, money-laundering businessman Bob Musella. Teamed with impulsive and streetwise fellow agent EMIR ABREU (John Leguizamo) and KATHY ERTZ (Diane Kruger), a rookie undercover agent posing as his fiancé, Mazur befriends Escobar’s top lieutenant ROBERTO ALCAINO (Benjamin Bratt). Navigating a vicious criminal network in which the slightest slip-up could cost him his life, Mazur risks it all building a case that leads to indictments of more than 100 drug lords and the corrupt bankers who cleaned their dirty money, along with the collapse of the Bank of Credit and Commerce International, one of the largest money-laundering banks in the world.

Ellen Furman came to screenwriting after a career first as a teacher, then as a lawyer. She had never had a film produced before, and yet when the opportunity came, she rose to the challenge, and the film that was made as a result comes out tomorrow. I had the chance to speak with Furman about how she approached this almost agressively male-centric film, as well as the importance of decision-makers in Hollywood taking chances on writers who, at first glance, might not seem like obvious choices.

Teresa Jusino (TMS): How did you get involved in The Infiltrator? What drew you to this story and to adapting this book?

Ellen Furman: Well, my son Brad is the director, and Brad and I have written several films together. We didn’t know which one was going to go, because you never know which one is gonna go. His friend, Don Sikorski, who’s a producer on this movie, brought Brad Bob Mazur’s book, The Infiltrator. [Brad] then took it to his agent, who then introduced him to Miriam Segal from Good Films. And they were looking for a screenwriter.

So, Brad knew the story, and he knew what it was about, and he knows I’m an attorney, and he says ‘You know, Mom, I think you should come and pitch for this maybe. You’re not gonna get it, but you know, it’ll be good for you to do a pitch, you haven’t really pitched that much!’ [laughs] So I said, ‘You want me to pitch? All right…’ So, I came up and it was Don and Brad and Miriam in the room, and I brought this really elaborate chart that my girlfriend helped me make. [laughs] She’s an amazing graphic artist, and there are so many people involved in this movie, and I wanted to highlight all of them — there are drug people, there were banking people, there were family people, everything.

So I made this elaborate thing, and the money people were in green, and the drug people…the bottom line was that I brought this thing in, and Brad was like ‘Mom…did you make that?’ [laughs] And it ended up being really chitty-chatty, we were like friends, so it wasn’t really like a pitch. And I thought ‘God, oh well…that’s the end of that.” But then Miriam says, ‘Can I take you to lunch?’ So we had lunch and we talked, and according to Brad, she was talking to other people, but she somehow liked my pitch! And she asked me for more of my writing, and I got the job.

It’s a crazy story, because even my son said ‘You’re not getting the job,’ and I did, so… [laughs] So that’s how I got the job. Women helping women, and Miriam taking a shot on me. Really. An unproduced writer? You’ve got to give her credit for that.

TMS: You mentioned that you’re an attorney. What inspired you to make the jump from the legal world to screenwriting?

Furman: That was a strange decision. When I was little, I was told that I should be a writer. My teachers all told me I should be a writer, but I thought, ‘How do you make a living doing that?’ [laughs] So, I did what my generation did: I got married, put my husband through law school, and then I rushed through college, and I was a teacher at the time…I loved my students, but the bureaucracy was something I couldn’t stay with. So, I decided I would go to law school.

So that’s what happened, and this is, like, my third career! 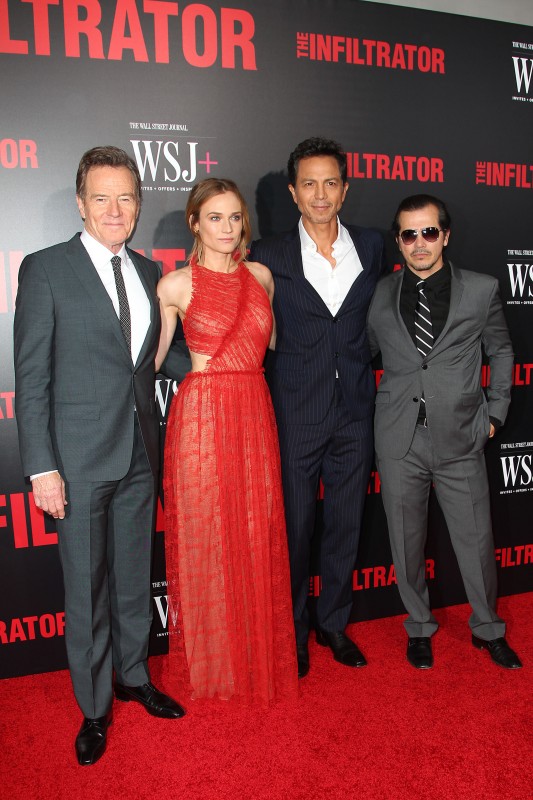 TMS: What was it like working with your son on a film that is actually being produced? Because it’s one thing to work on scripts together privately, it’s another thing to be actively in production. What was that dynamic like?

Furman: Well, I wrote this film on my own, but when I do write with Brad, we have a great working relationship. On set, when he has to be the director, and he has to change the script to make it something that he can film…it’s hard to change roles. Brad has even been saying this to the press, too. It’s hard for me to turn off my “Mom,” you know? And even Miriam told Brad on set, ‘You need to call your mother ‘Ellen.’ [laughs] So, he’d go “Mom…Ellen!” It’s so funny. But he’s in charge. This is his thing. It’s such an interesting experience for me, because this is my son, and to watch him as a director, and he’s in charge of everything. Everything falls on him. So, I’m the writer, and I want to be helpful to him.

On the other hand, I want to preserve what I’ve written. So, when he changes things I’m pretty…I dig in a little bit. And I have to be flexible. So I’m learning to be flexible, because that’s something everybody needs: it’s what the guy whose story this is needs, it’s what’s best for the movie and what the story needs, what the actors need. So, we achieved a balance.

And he protected me through the process, I have to tell you. Because writers, once you write for a film, you’re gone. They don’t really care about you. And at my level… But he wanted to keep me involved, and I was there on the set. It was a wonderful experience for me.

TMS: We’ve seen a million stories about drug cartels, but this one is interesting because it’s from Bob Mazur’s particular point of view. It’s also an almost fiercely masculine story. It’s relentlessly dudes being dudes and doing dude things…

Furman: I know. Dudesville, right? Hard to believe I got hired!

TMS: And some of the things, and I understand that it’s also part of the world, but they’re going to strip clubs and stuff. I’m just wondering as the writer, versus your son, who’s making decision for more of a visual impact, were there any conversations about how certain things, particularly the seedier things involving women, were presented?

Furman: Well, no, because most of that was in the script. What you need to understand is that I have three older brothers, I have a father who owned a bar and was a bookie. I know a world of criminality, and I grew up around tough-talking men. So, that wasn’t hard to write. I felt like I also wanted to make sure that the female roles felt real and weren’t just little appendages. I wanted them to feel like characters that were real. Because it is a male story, but I wanted to bring humanity to the women.

I don’t mind the seedier side of the world in film, because that’s the world. I don’t like gratuitous sex or violence if it doesn’t serve the movie, but if it does, I’m okay with it.

TMS: So, now that you’ve gotten this made, do you have any other projects in the pipeline?

Furman: It’s so funny. Miriam, who got me onto this film, liked what I did so much that I’m now doing another film for her! She’s so generous that way, with her trying to develop me as a writer. Just the fact that she would champion me, at my stage in life, is amazing. I feel honored that she did that for me.

TMS: That’s something that you hear a lot about, too. That there’s not just a gender gap and a race gap in Hollywood, but an age gap. Like, once you’ve hit a certain age, people for some reason think you stop having ideas, or that you’re in some way “irrelevant.” And experience counts for nothing. And I’m like, “Are you kidding me?”

Furman: Well, that’s why Brad sent me in for the interview in the first place. He was like “Mom! This is your heyday! You were a lawyer in the eighties…this is right up your alley!” And the fact that [Miriam] would hire me. I mean, first of all, I’m not a produced writer, so for her to hire me….I mean think about it. Male-centric story, and you hire an older female writer who’s never been produced before? I’m very lucky.