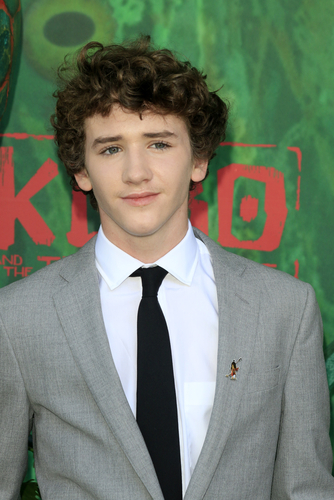 With LAIKA’S Kubo and the Two Strings finally being released this weekend, we’ve got our final bit of Kubo coverage for you after our review and our interview with director, Travis Knight. I was very excited to be able to sit down with the young man responsible for not only bringing the character of Kubo to life, but for doing so much with very little dialogue as Rickon Stark on Game of Thrones. No, I didn’t ask him why he didn’t zig-zag.

14-year-old Art Parkinson is not only a fine young actor, but an absolute sweetheart and a passionate advocate for Irish culture (he speaks fluent Irish, goes to a Gaelic school, and plays Gaelic football, aka soccer). Kubo and the Two Strings marks his first foray into voice acting for animation, and his performance in this film alone is worth the price of admission. It really is the heart and soul of the movie, and you’d never know it from hearing it that he was actually really nervous about it!

I had the chance to speak with Parkinson about the challenges of voice acting and what he thinks is inspiring about the character of Kubo. Check out my interview below! 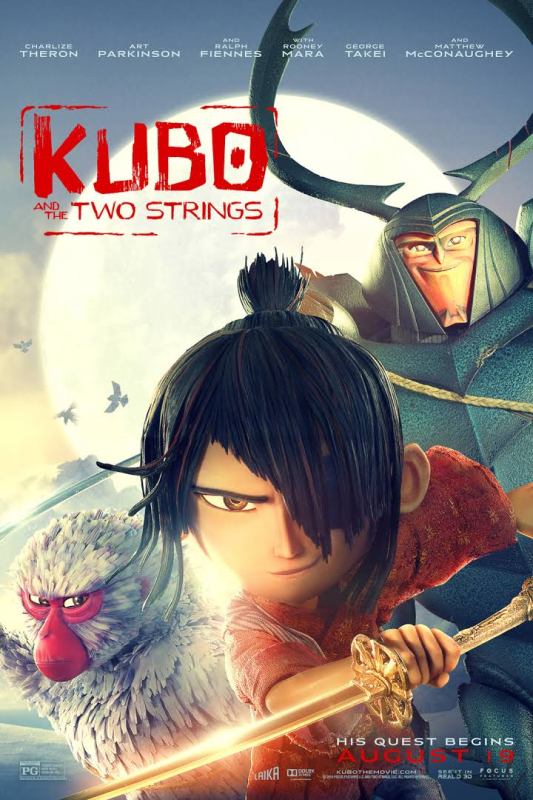 Art Parkinson: One of my coworkers on Game of Thrones, Isaac [Hempstead Wright, who plays the role of Bran], he’d worked with LAIKA before on The Boxtrolls. So, I talked to him about it in the past, and it sounded very interesting, but we sort of forgot about it for years, any sort of animation. We were working on a lot of different projects, and we took time out from Game of Thrones for two seasons, doing absolutely loads of work, we were really busy. It was hectic. Then, when we were doing Dracula Untold — which was a huge part for me I loved it — we got an audition for this, and right off the bat I read the script and thought it was amazing. I could really relate to the character in that he has a very good relationship with his mother, like I do. And he’s very cultured, like I am I think. Every culture is very important, and I’m a strong believer in my own culture, being a Irish speaker and a Gaelic football player. Not just that, but he’s a storyteller. And that’s how I like to think of myself. I’m a storyteller. And he brings his characters to life through his music and his origami, while I do that with my motions, and voices, and tones and expressions. So, yeah, I think we’re both performers.

TMS: Because this is very different from live-action acting, was it freeing in a way, to not have to worry about your body so much? Was it challenging? What was that experience like?

Parkinson: I wouldn’t say it was freeing. [laughs] It was definitely challenging, because we’d always worked so much on film and television that we were used to being able to express ourselves, and we were never limited. We were able to slip into the mindset of a character very easily, because we were immersed in it. Like, in Game of Thrones, or in San Andreas…like, San Andreas, we were literally put into the event of a tsunami! There were drop tanks there, and real waves smashing us about! So, it was easy to slip into the character. But with Kubo, I was put in a studio, and there was nothing but me and a mike. But Travis [Knight, the director] was brilliant, because he was very explanatory. Also, he set up illustrations of the film, and of Kubo and the other puppets and things like that. So, that was great, and helped me slip into the character.

TMS: What was your working relationship like with Travis as a first-timer?

Parkinson: Oh, Travis was brilliant. He was always encouraging of different ideas that I had, that everybody had. I never got to work with Matthew, George Takei, Ralph Fiennes, or Rooney Mara, but whenever I worked with Charlize or Brenda [Vaccaro, who plays the role of Kameyo] any ideas they had or I had were listened to, and it was never “Nah, that doesn’t sound good.” It was always, “Sure, let’s try it!” He was always very encouraging.

And very thorough. Sometimes you’ll get direction, and you’ll be like I don’t really understand what you mean, and you’ll feel a bit uncomfortable asking again, know what I mean? But with Travis, he’s such a nice person, such an open person, that you could ask him a hundred times, and he’d still help you, he’d still be happy to explain it, and he’d always explain things really, really well. Because I started the project when I was 12, and I was still coming into the character.

TMS: How long was the project from start to finish for you?

Parkinson: I know! It’s like a week to make six seconds of it. And then you have to incorporate the CGI into that, so it’s just like…they’re really passionate and thorough about everything they do. So it’s really, really cool style that they use, and it’s mostly stop-motion as well.

TMS: What do you hope that people take away from the film, and from the character of Kubo?

Parkinson: From the film, I’d like them to take away the compatibleness [sic] that they have with the family scenarios in that film. There are scenarios in that film that you can compare to real things that have happened in your life, and in your family. And also, I think the relationship that Kubo has with his mother, and the way he takes care of her, that’s very compatible with people. With Kubo himself, I think the walkaway from the film is a greater sense of forgiveness, and how kind he is in his heart.

Kubo and the Two Strings will be in theaters this FRIDAY, August 19th.