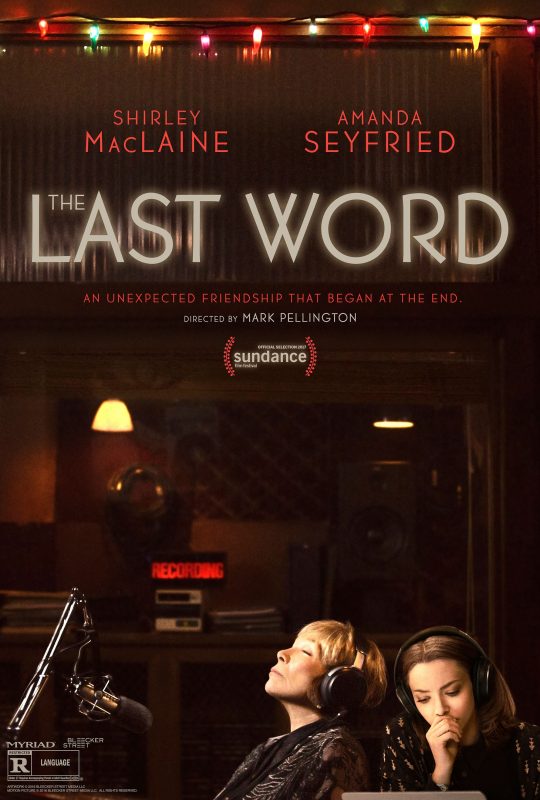 I know, it’s likely that you saw Get Out or Logan this weekend. Fair enough. However, if you’re looking for a female-led alternative to the male-centric genre fare out there right now (though I LOVE me some Dafne Keen as X-23), you might want to check out a film called The Last Word.

Harriet (Shirley MacLaine) is a successful, retired businesswoman who wants to control everything around her until the bitter end. To make sure her life story is told her way, she pays off her local newspaper to have her obituary written in advance under her watchful eye. But Anne (Amanda Seyfried), the young journalist assigned to the task, refuses to follow the script and instead insists on finding out the true facts about Harriett’s life, resulting in a life-altering friendship. 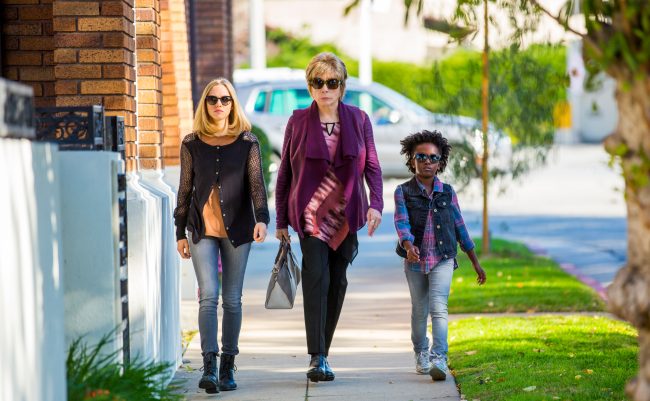 Harriet is not an easy character to like. She is controlling and assumes that everyone around her is incompetent and useless. The reason why Anne refuses to “follow the script” is because the script Harriet wants to follow doesn’t exist. Harriet gives Anne a list of people in her life to talk to in order to get glowing quotes for her obituary…but everyone hates her. No one has a kind thing to say about her, making it virtually impossible for Anne to write anything remotely like what Harriet wants. So, Harriet looks at examples of obituaries and determines the parts she needs to fulfill in order to give Anne something to write.

One of those things is “touching someone else’s life unexpectedly,” like a kid from an underserved community (though Harriet puts it significantly less tactfully). They end up going to a community center so that Harriet can mentor some youths and improve her own legacy. She befriends a little girl named Brenda (10 year old Lee), a foul-mouthed but clever kid who calls Harriet out on her racist crap.

For example, when Harriet first approaches Brenda after having met her during a talk she gave a group of girls, Brenda is put off by her wanting to be her mentor. She asks if Harriet is doing community service for a crime she’s committed. When Harriet asks her what made her think that, Brenda says, “because you’re white, and you’re here.”

At a young age, Brenda is already suspicious of the motivations of privileged white people. It makes their budding relationship all the more fascinating. Rather than portraying a girl grateful for being saved by a white lady, Lee plays a little girl whose respect and trust one has to earn. 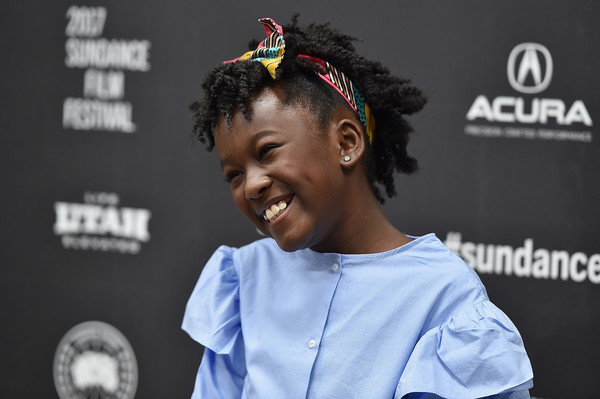 I had a chance to speak with Lee over the phone, and she was just as charming as her character, though not nearly as foul-mouthed! I asked her what her parents thought of all the cursing she does in The Last Word: “They were very shocked. But my mom said ‘Don’t let that overtake you. You know that you don’t do that in real life! So…” Her mom is definitely on it, keeping her in check! As for the rest of her family, “They’re very proud of me. I’ve heard a lot of Good Jobs!”

Lee has been performing for about four years. “I started watching other people on TV, and I told my mom that I wanted to do that. And she got me started by doing classes and practicing.” Her first professional job was doing a monologue in a stage show called Not Your Mama’s Monologues for R&B songstress, Kelly Price.

Lee auditioned and was called back four times for her unique role in The Last Word until she got the part. “My agent introduced me to it, and I agreed to it, and I was like ‘OK, let’s do this!'” she says excitedly. “It was my first movie!” She was thrilled to make her feature film debut.

When I asked her what she thought of the concept of The Last Word, a woman trying to shape her legacy by pre-writing her obituary, Lee says, “I think it’s very different, because most people if they pass, they just have people say nice things about them, because they don’t like to be rude, like [Harriet] says in the movie. So, I think I’m gonna do that someday.”

Next on Lee’s agenda? World travel. “My dream thing to do next is probably to travel and do movies,” she says. “Somewhere exotic. For my birthday, I told my mother a million times that I want to go to England for my birthday, or Christmas, or something.” She’s not sure if she’ll get to go any time soon, but she’s already preparing. “I have my British accent down,” she says. “So, I’ll sound like I’m from there.”

Clearly, Ann’Jewel Lee was meant for this acting thing.

The Last Word is in select theaters right now!