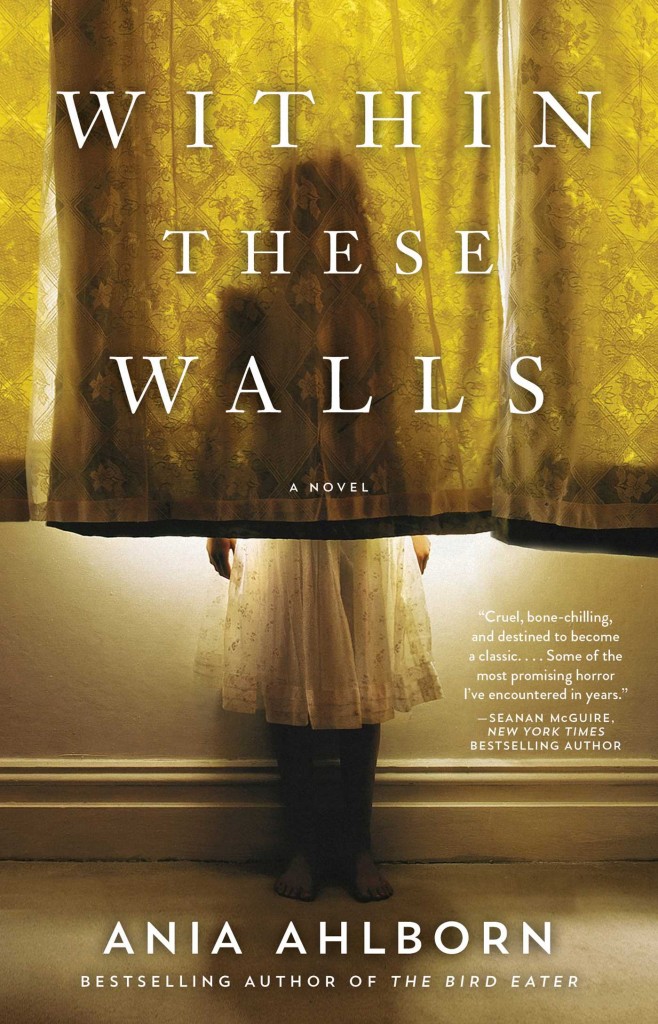 Female horror writers are few and far between, so when we find a good one, we hold on tight to each and every one of their books. Award-winning author Ania Ahlborn’s latest supernatural thriller Within These Walls is a terrifying look at how far one will go for success – and we got the chance to ask her all about it. And then we didn’t sleep for a week.

Sam Maggs (TMS): What draws you to the horror genre?

Ania Ahlborn: I’m sure it can be argued, but I think horror is the genre that most closely touches on what makes us human. It’s the embodiment of that worst-case scenario that we’re all terrified of, the “what if” we try to push to the backs of our minds. I’m a champ when it comes to jumping to the darkest possible conclusion. That isn’t to say that I’m a pessimist, but I do have something within me that pushes me toward that mindset. Pair that with a love for all things creepy and an insatiable urge to write, and you’ve got yourself a horror author.

TMS: Have you had any difficulty publishing as a female horror writer?

Ahlborn: Not any more difficulty than other writers have in this industry. I know it’s popular to woe-is-me about being a female in any male-dominated trade, but I don’t buy into the hype. To say it’s tougher to kick in the door of a publishing house because you’re a girl is to say that editors genuinely care whether you’re a woman or a man. Let me take the opportunity to dispel that rumor now. Editors only care about one thing: content. If you’ve got a good story, if you’re no-nonsense and you hit deadlines, if you’re not utterly impossible to work with, it makes no difference whether you’re a guy or a girl.

I do understand that women, especially women in horror, are a rarity, and I do think it’s pretty great that I’m one of the few who is bucking the trend. But to suggest that it was harder for me to “make it” than it was for the guy next to me on the bookshelf is both unfair and untrue. When it comes to publishing, it’s hard for anyone to get their foot in the door. Everyone struggles. I’m just a little more tenacious than others.

TMS: The main character in Within These Walls is also a writer. Did you draw on your own experience while creating him at all?

Ahlborn: Sure. It’s virtually impossible to write a genuine and well-rounded character without pulling from your own struggles. Lucas Graham is a true crime writer. That’s a genre I’ve never written. I’m pretty sure true crime is something that involves way too much research and patience for me to ever be successful in. But Lucas’s main struggle is the fact that he’s washed-up. He’s stuck. People have given up on him. That’s a terrifying concept to me, a notion that I believe every author battles against no matter how long they’ve been writing or how many books they’ve published. That self-doubt never quite goes away. The looming concept of being left for dead with nothing but your art is both slightly ridiculous as well as, at times, all-encompassing. And that fear of failure reaches far beyond the writing world. Show me someone who hasn’t worried about losing their job an failing the ones they love, and I’ll show you someone who hasn’t lived long enough to know any better.

TMS: What are some of your biggest inspirations in the horror genre?

Ahlborn: My influences come at me when I least expect them. It can be a movie or simply a character in that movie. It can be a news article. It can be a book or a song or a person I see walking down the street, or sometimes a snippet of a conversation I catch while waiting for my latte at the local coffee shop. Some writers can point out authors who absolutely influenced them to become the writer they’ve become, and I can list off authors the same as the next person–Stephen King, Ira Levin, Poppy Z. Brite, Bret Easton Ellis. But I don’t feel that I genuinely fit into the group that can say they fully draw their inspiration from other people’s work. I admire certain authors, of course.

But as far as inspiration goes, it comes from all over the place. I think one of my biggest influences is when someone drops the ball on a story I think is fantastic–a book or movie or TV show that comes barreling out of the gate but ends up losing steam. This happens a lot in horror films. Here’s this powerhouse of a concept, and in the end, everything is either tidied up or left unanswered to set up for a sequel. I hate that. But those bad endings have facilitated many a story idea.

TMS: Audra is one of my favorite characters in Within These Walls. Can you talk a little bit about crafting complex female characters in horror stories?

Ahlborn: Crafting characters is one of my favorite things about writing. I love exploring who the character is, what drives them, what they’re afraid of, how they got to where they are. It takes a lot of work and a lot of drafts to unearth a character’s full potential, but once you do, the story seems to crystallize. I start pretty simply; I ask the character lots of questions, from where they were born, to how many siblings they have, to what their last job was, to what they truly fear. When I start writing the first draft, the characters are far from fully realized. Really, they’re just cardboard cutouts of what they’ll eventually become.

Characters become their true selves in the editing process, at least for me. That’s when you can step away from writing the story and start to focus on the whys of the ingenue. Why does my character react this way; why does she say that? Those are questions that are far too intricate to genuinely focus on until after the foundations of story have been laid. There have been times when, after the first or second draft, I discover something about my main character that changes the story completely. Sometimes those discoveries are so massive that they require a rewrite to facilitate that newfound detail. But those are the breaks when you write for character rather than plot. And while it would be a lot easier to leave the characters flat, that’s a quick way to make a good story bad. Characters, like people, are the driving force behind any story. They are the story. Without character, there’s really no point, is there?

Within These Walls is available now from Gallery Books.