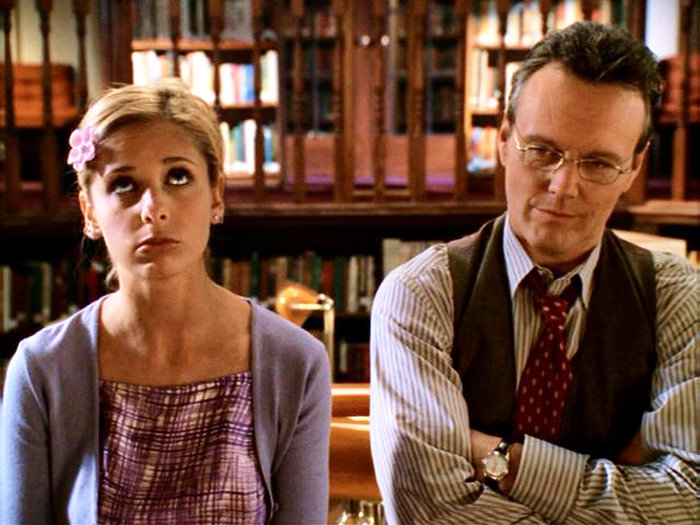 Technology has changed the world, especially in how we consume information, in a lot of ways recently. And yet, the obsolescence of centers of learning and information from the Before Time has also been greatly exaggerated. One political pundit learned the hard way that you do not mess with libraries, librarians, or those who love them.

It all started when Andre Walker responded to the closure of public libraries (and those in some schools) by saying that no one uses them anymore, and the world would be better served if they were closed and their books were given to schools. He probably assumed that was a safe take on social media—namely Twitter—where reading anything further than a headline is startlingly uncommon. Instead, it seemed more like he shook out an entire intergalactic library’s worth of angry, ravenous vashta nerada as the rebuttals started to fly:

School librarian here. We don’t want the public library’s collection. It’s for a broad audience. Ours is specialized. We have diff roles.

Sure, public libraries and school collections being different is a solid reason that closing the former to consolidate wouldn’t be a good solution, but that’s just the beginning. In short order, Walker’s assertion that “nobody goes to libraries anymore,” which he doubled down on, was passed around with messages asking for retweets from anyone who still goes to libraries. (Just the two I personally happened to see over the last few days have already topped a combined 150k retweets.)

Even more objections and explanations about the lasting worth of public libraries arose:

FAO @andrejpwalker
And anyone else who needs to know about Public Libraries. pic.twitter.com/COI0VVGz5e

The problem is not that Andre Walker is wrong. The problem is that people w/ local, state & federal budgeting authority think like him.

Hang tight folks, because I am about to drop some necessary knowledge on you. First off, library usage is on the RISE motherfuckers. https://t.co/reWrJj3XCo

^That one kicks off a whole thread worth reading.

Books? Books make up a RAPIDLY decreasing percentage of a library’s budget. You want to check out technology? get a library card.

And there were expert-level burns to go around:

Looks like you live in London. Your local librarian could help you research your claims before you make them publically. pic.twitter.com/esWVDJUlXb

No one I know uses roads in Windsor. I’ve asked around. WHY SHOULD MY TAXES PAY FOR ROADS NO ONE USES?

In short order, Walker had to admit he was defeated due to the overwhelming number of people who demonstrated there was plenty of interest still in public libraries, and he took to tweeting out several pro-library articles that had sprung up:

No one needs libraries any more? What rubbish | Rhiannon Lucy Cosslett https://t.co/Yf80Q309fO

As well as a donation link for a fund to promote diversity in librarianship. The internet is great and all, but there’s just no substitute for what can be accomplished at a good library, thanks to hardworking librarians. Let this be a lesson to anyone who’s ever doubted them: run away now, while you can.