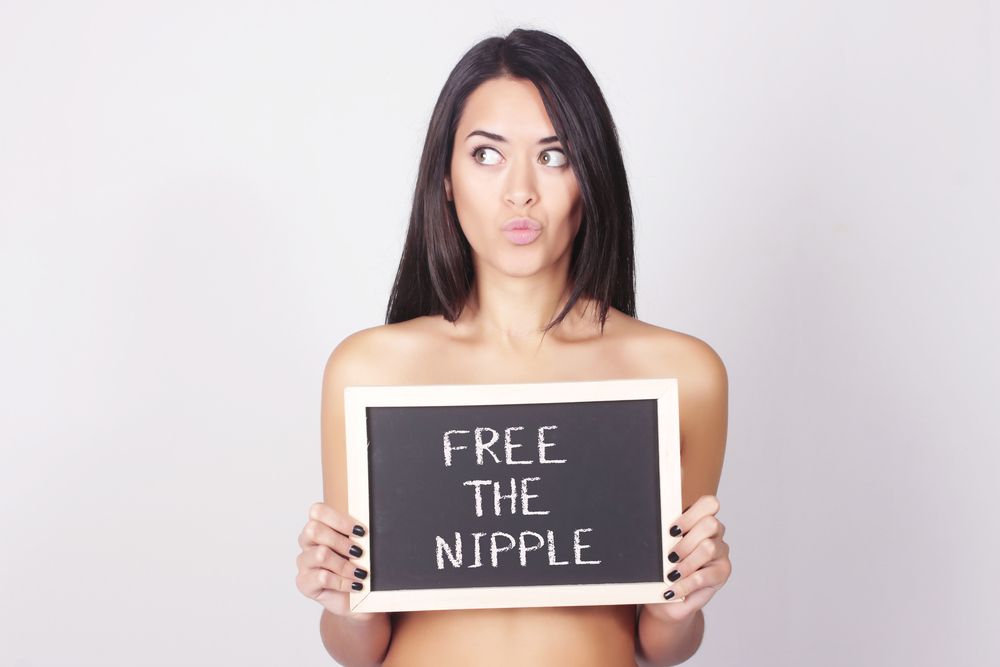 NSFW, if your workplace considers human nipples NSFW, which sadly probably goes for a lot of you.

Society’s got a lot of weird body and wardrobe hangups, most often centered around women and what they are/are not “allowed” to do with their bodies because of the funny feelings other people may feel—since we’re all responsible for what other people think of us, right? Instagram, being a site for posting pictures, has been continually dealing with (and playing into) the incongruity of these societal rules in deciding what content is acceptable, and a new account is challenging these norms head-on.

You might be surprised to learn this, but all human beings have nipples, regardless of gender, sex, or anything else. So, it’s a little strange that Instagram would decide that men’s nipples are 100% OK to show on their platform, but women’s nipples are a no-no zone. Maybe we need an Everyone Poops-style book to explain to people that nipples are just a normal part of the human body and don’t require special distinctions in appropriateness depending on who they belong to? For the sake of homage, we can even call it Everyone Lactates.

Alternately, we could just look to the “genderless_nipples” Instagram account, which is posting extreme close-ups of nipples, because you can’t tell based on nipple alone who it belongs to or anything else about them other than the fact that they’re human. Each one also features a companion quote, such as, “My nipple isn’t sexual, your thoughts are,” “In the womb we develop nipples before our genitals. Did you know? We all start the same way,” and “Why would anyone be offended by their own anatomy?”

Another quote taunts Instagram to figure out which nipples should and should not be deleted under their policies:

Dear Instagram, why don’t you try and figure out which nipples you can and cannot delete? Good luck! ⭐️

If they decide to come down on the account, though, it’s unlikely they’ll even bother as they get rid of them all—not out of a sense of equality, but because when you don’t know whether women are showing the same parts of their bodies as men, you have to nuke the whole thing from orbit to be sure. Heck, we even had to make a similar choice for the main image for this very post—not because we want to, but because of the same societal pressures that we’re actively trying to change.

(via The Daily Dot, image via AstridSinai/Shutterstock)