I will never forget when Mortal Kombat was brought into my house and I have a feeling that film director Joshua Tsui had the same wave of nostalgia when creating Insert Coin. The documentary chronicles the life cycle of legendary video game company Midway Games, giving an in-depth look at its creation, the games that were developed, the impact the studio had on the industry, and its unfortunate end in the late 2000s.

I was introduced to Mortal Kombat (and Midway Games as I would learn later) by my former stepbrother, who was older and had a Sega Genesis. My experience with fighting games at the time revolved around Street Fighter 2 and my always and forever first pick, Chun-Li. Immediately I knew there was something visually different about Mortal Kombat, and when I started playing I could tell that the combat was different, too.

Then I saw a guy rip out his opponent’s heart.

Then the Supreme Court got involved.

This story is probably a similar one for a lot of gamers from my generation when it comes to Midway Games, but there’s so much more to the studio than fatalities and unintentionally helping to create the ESRB (Entertainment Software Rating Board). That’s what’s so special about Tsui’s documentary.

Tsui is incredibly detailed in his film, speaking with the former team and revealing details that many weren’t privy to, especially during the time these games were made. He presents this in a coin-based timeline, each “continue“ talking about another game or fact about the studio itself.

We get to see the extra steps the developers had to take to get certain places on board with their games, the happy accidents along the way, and how this was absolutely a company that was trying new things because there really was no guideline on what consumers wanted in regards to video games. It’s hard to believe that there was a time where a company had to convince the NBA that a basketball video game using the likeness of major players was a good idea, but this was the case with NBA Jam and a lot of titles back in the day.

Tsui explores all of it, and I was thrilled to speak to him about the documentary. 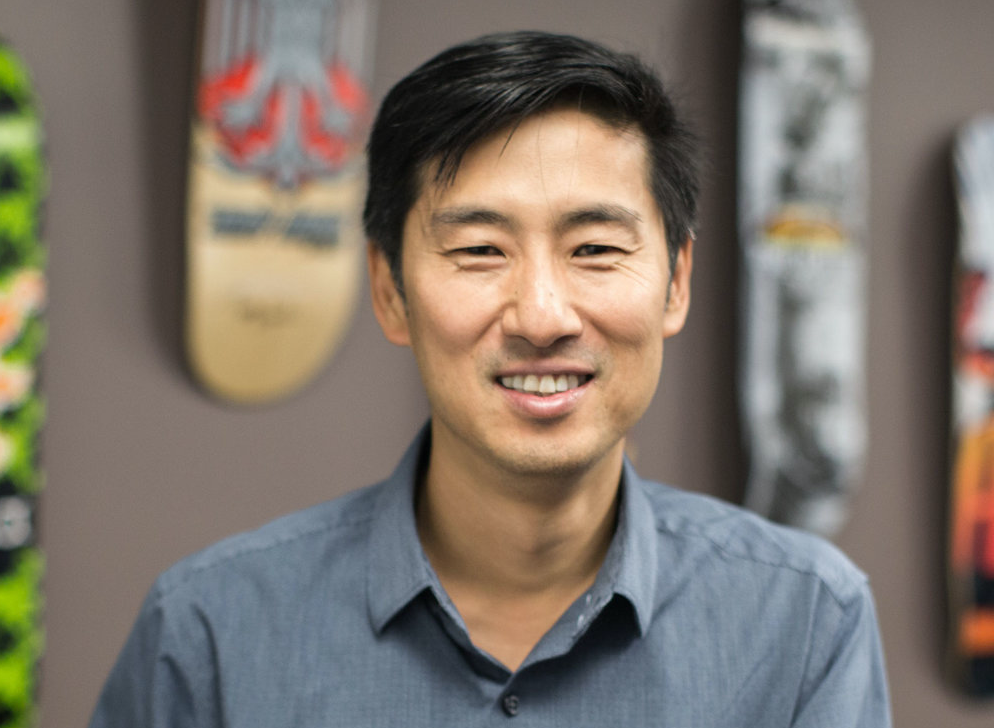 TMS: First of all, amazing work on the documentary! This was a really informative look at a legendary video game company that I grew up with. I was wondering what inspired you to do a video game documentary and why you chose Midway Games as the company to focus on?

Tsui: Thank you so much! It was quite the challenge and I’m really happy with the way it came out. The inspiration was I had a lot of knowledge about the making of the games and the people behind them. Many of these games are so iconic and people still love them, but nobody really has told the story of how these games were made and what influenced them, both creatively and business-wise. My thinking was, someone may tell this story someday so why not me? Truth be told, it was a leap of faith that I can pull this off when I first started.

He’s right. I’ve seen a couple of video game documentaries that delve into the industry as a whole or maybe bigger companies like Nintendo, but I don’t recall ever seeing one on Midway Games. I’ve definitely seen their games featured in other documentaries before, especially when talking about ESRB. You kinda have to include them in that conversation, so it was nice to see a bigger picture for them. 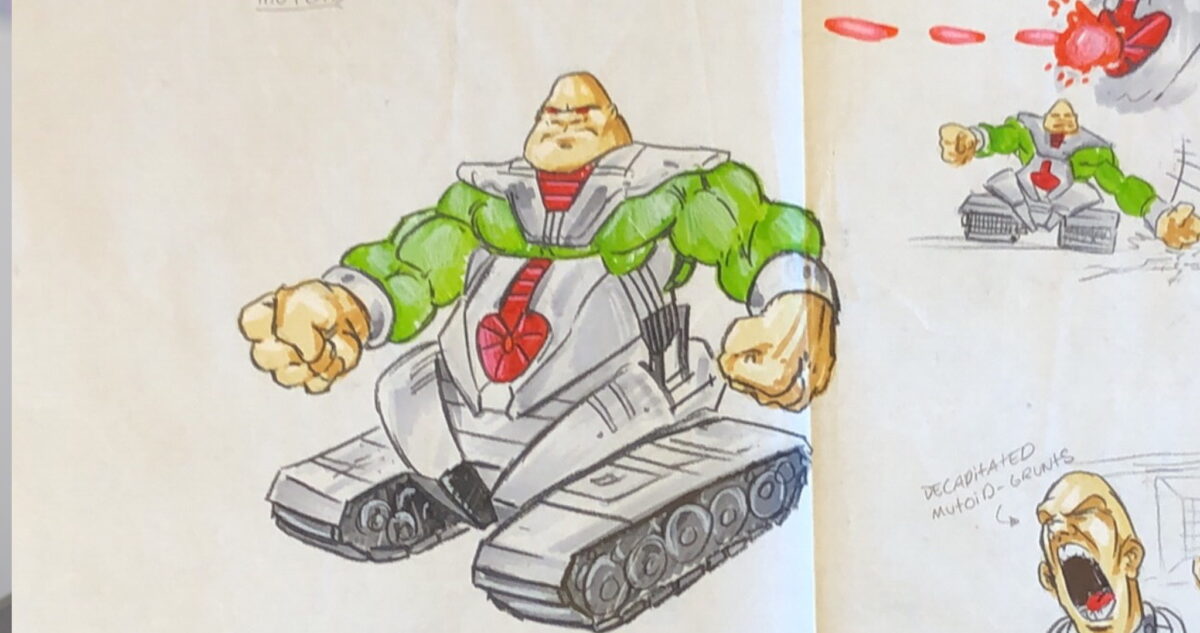 TMS: Are there any facts you learned along the way that surprised you? For example, I found the discussion on creating games for coin-op versus console interesting, and learning that their first run in about the violence in some of their titles actually stemmed from the Terminator 2game (I thought it was solely Mortal Kombat) was also a surprise. Speaking of Mortal Kombat… it was originally a filler game, what?!

Tsui: Yeh, that was actually a surprise to me too. I had no idea about the Entertainment Tonight story and it fit so perfectly in regards to how after NARC and Terminator 2 how it came to full bloom in Mortal Kombat. Another surprising aspect was the rivalry between Williams and Bally/Midway and how that came about. I did not realize they were both in Chicago and at one point were literally right by each other. You can still tell there’s a lot of animosity between some of them even today…over 30 years later!

TMS: Do you have any favorite parts from the documentary? Any particular games you’re happy that they talked about? Or facts that you were excited to hear about?

Tsui: If I were to pick one, I’d have to say the segment about Mortal Kombat coming home is my favorite. I remember that era and how nuts everyone was over the cartoonish violence. I remember when ABC got in trouble showing old Bugs Bunny/Roadrunner cartoons on Saturday mornings because of the “violence.” I really wanted to show how big a deal it was while the developers were secretly laughing and profiting behind the scenes over all the free PR.

It’s also interesting to learn that the Mortal Kombat situation didn’t really hit UNTIL it got brought onto home consoles. It was already in arcades beforehand, but when it was brought home and parents saw the violence in their living room, well … off to the Supreme Court we go!

As mentioned in our conversation, Mortal Kombat wasn’t even the first time the company dealt with backlash. Their arcade version of Terminator 2, for example, led to an Entertainment Tonight interview where they were put on the spot about the violence in the game. This is because, in the game, you shoot police officers. Of course, the Terminator (Arnold Schwarzenegger) does it in the movie, too, and just like in the movie the game makes sure that the cops are stopped, not killed.

Still, being in control of the situation versus viewing it on the big screen raised some eyebrows. 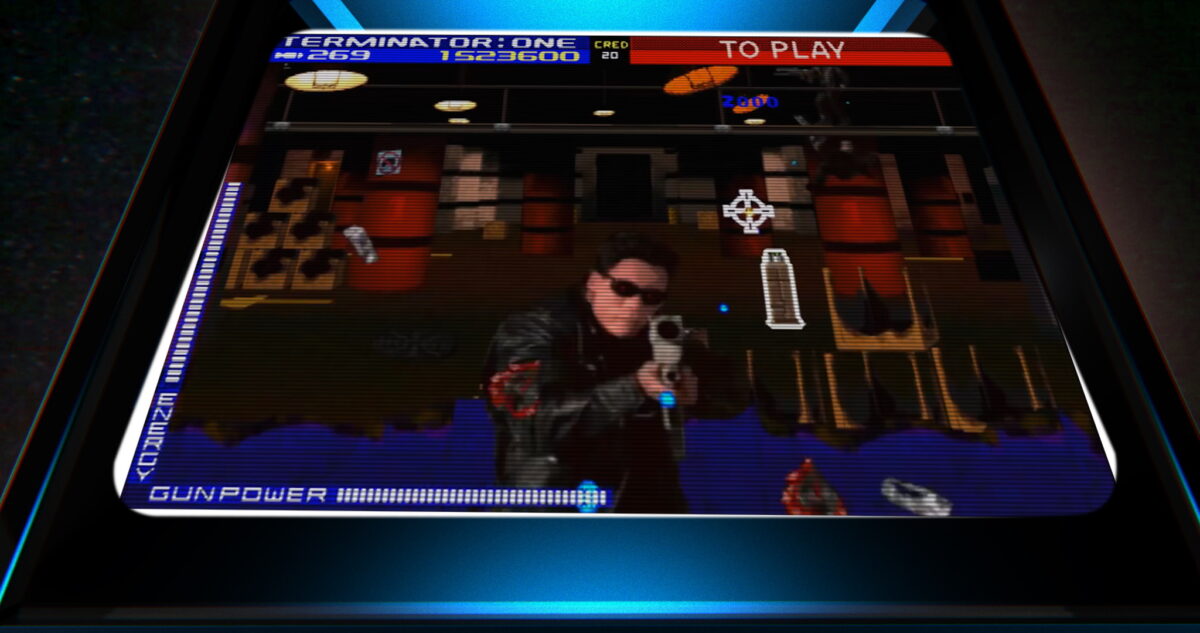 As for the filler game comment? Yeah, Mortal Kombat was made to fill an empty space between game releases. Most of us know that Jean-Claude Van Damme was looked at for the game, but what I didn’t know was that when that didn’t work out the developers were basically told, “Come up with your own characters and do whatever, we’re just making this to fill space.” It was a 6-month window, but when they realized how cool the game could be, they extended the timeline and worked harder on it. 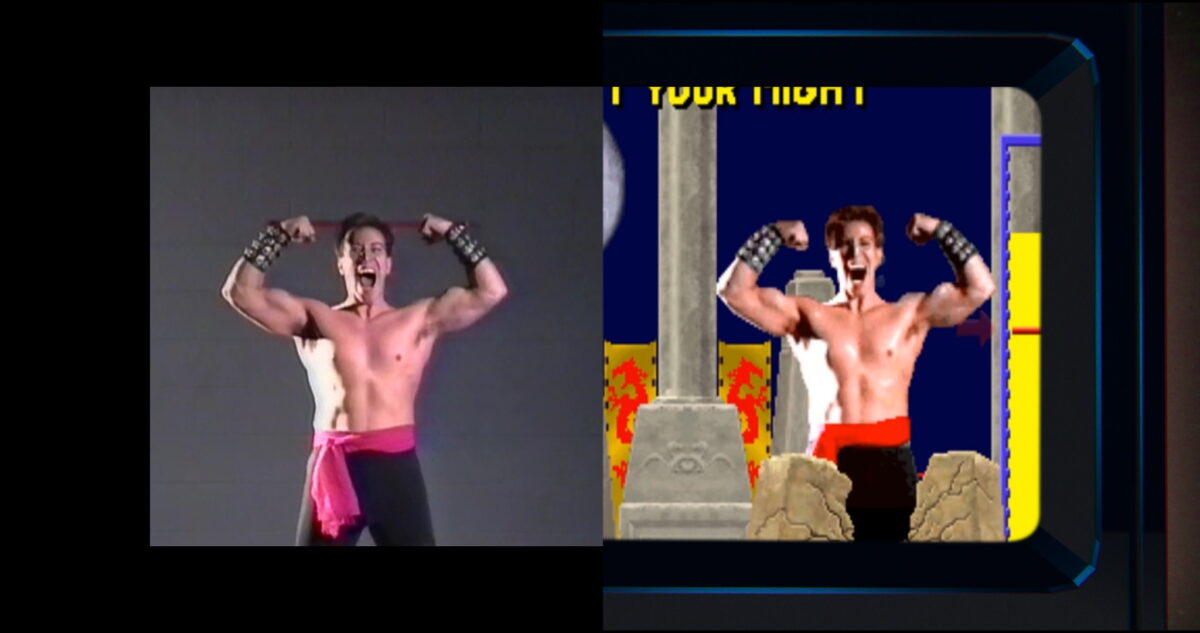 This is just a hint at what we learn in the documentary (and about the games I referenced just now). Tsui devotes this much time to every game that’s talked about, from NARC to NBA Jam and that one game that features Aerosmith, Revolution X.

Did y’all know about that one? Because I definitely did NOT know that there was a music rail shooter where you have to save Aerosmith from an evil organization that’s banned all forms of entertainment. It’s like a government agency full of grumpy grumps who tell you that you spend too much time on “The Twitter” (or rather the 90s equivalent to that statement).

TMS: You managed to get together a lot of the Midway Games crew. What was it like talking to the team?

Tsui: It was really a pleasure to be with them. A lot of time has passed, and I think they were truly excited to talk about their experiences. They were surprisingly candid, and I think it has to do with the fact that it’s over 20 years later, and they’ve all gone on to so many other great things. I almost feel like it was therapy in some ways, haha. Some of the more initially challenging people to get on camera were talked into it by others because they enjoyed the experience so much.

TMS: In some segments, you speak to people outside of Midway Games, you speak to fans/gamers in the industry. How did you decide on who to approach for this part, and what do you feel they added to the documentary?

Tsui: I chose the participants based on what I knew of their history with videogames, not just Midway’s games. Carly Kocurek, for example, wrote a great book about the history of coin-op games and is an Assistant Professor in games studies. She brought a more academic view of the times. At the same time, Jeff Gerstmann is practically an encyclopedia of games and is a huge fan of Midway’s games as a player as well as a critic. It was often simply me remembering who I read articles by during that era or who was a well-known fan. I truly enjoyed talking with them because their POV was something that I felt was very fresh to the conversation. It was essential to get some “outsider” perspectives in the film to offer different points of view. They really helped describe what it was like to be the consumer on the other side of the madness and give a full picture of the gaming scene in the 90s.

This, I feel, is one of the documentary’s strongest suits. While it’s great to get the perspective from the team (who definitely does NOT hold back), it’s also nice hearing from others in the industry who are fans. Hearing them talk about the impact of Midway Games really brings home what the company brought to the industry. There’s a reason why they’re still worth talking about today. 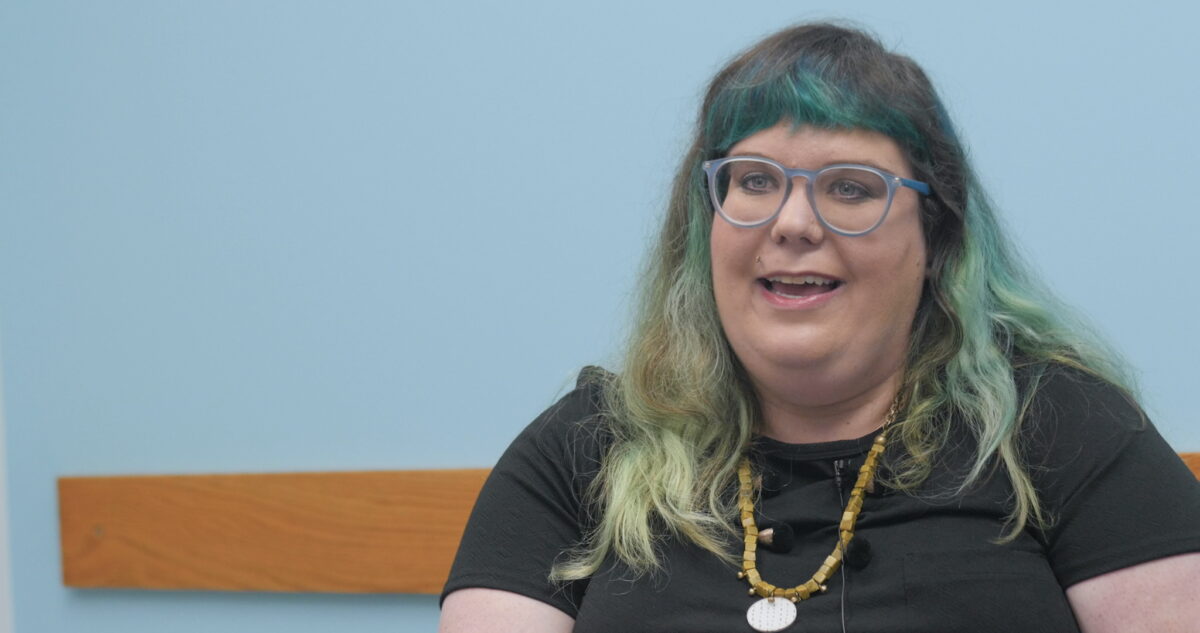 TMS: From the documentary, it feels like Midway Games was a phenomenal product of their time. What do you think Midway Games would look like if they were still around today? Do you think they could still exist today?

Tsui: If I were to take a guess, I think they’d be doing two things well, still making arcade games but more for Location-Based Entertainment centers (think Dave N Busters type places). Which is what Eugene Jarvis and George Petro are still doing with great success. The games are now giant simulators people sit in and they’re amazing. The other thing some members of the old team are being very successful at is the mobile games market. Those games have so many roots from the classic arcade days. Mark Turmell, the creator of NBA Jam, has been very successful in mobile games because he knows the secret sauce to get people to have fun and keep coming back for more!

A Dave N Busters style place centering on Midway Games? Sign me up, please … um… when it’s safe to gather again, of course.

All and all, this is a must-watch for fans of Midway Games, video games in general, or folks who are just into learning about pop culture from decades ago.

You can check it out over at Alamo Drafthouse On-Demand.