Watching Insatiable Made Me Long for a Proper Carrie Reboot 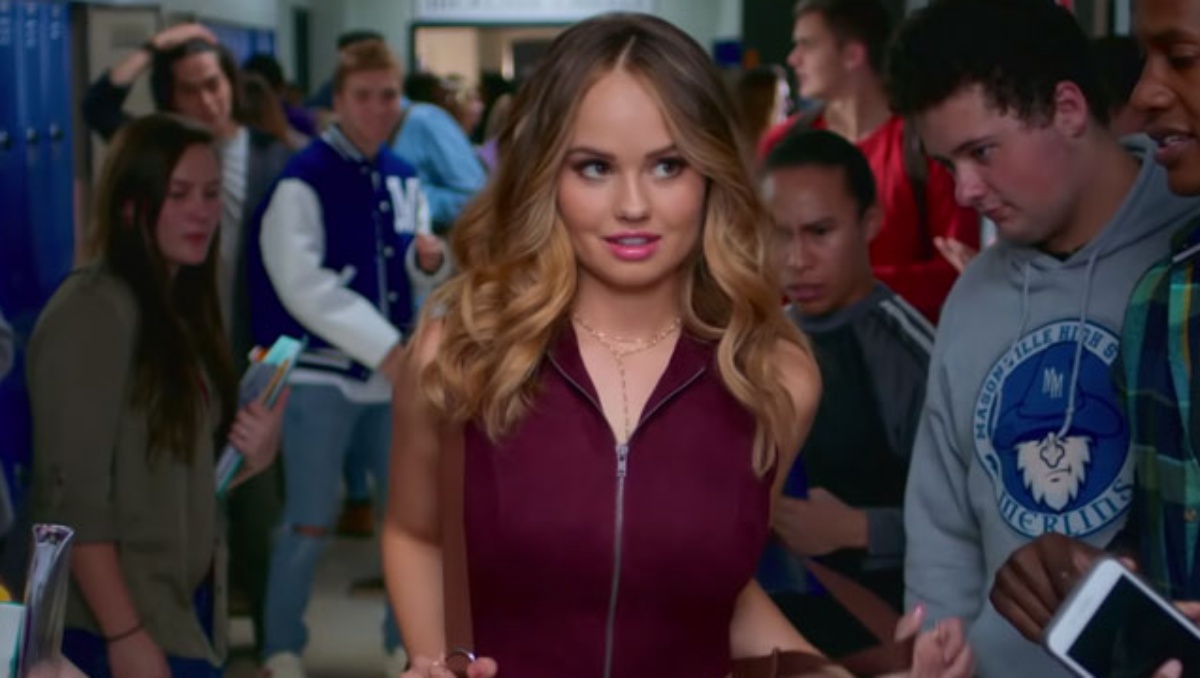 After watching all of Insatiable I can say that there is one decent episode. Episode 5, “Bikinis and Bitches,” is one of the few episodes that deals with Patty’s weight loss and trauma in a meaningful, emotional way.

The episode is marred by having a trans character come in to be her magical marginalized upliftment, comparing their transition to Patty’s new weight loss body. It is an encapsulation of the type of show Insatiable wants to be. It wants to be this show with a powerful message about how being skinny doesn’t make you happy and the deep insecurity of being in your own skin. It’s just marred by all the early 90s/2000s style humor and the silliness that doesn’t add anything. There is some good stuff here, but it’s surrounded by a turd. Especially when it’s clear that Patty’s best friend Nonnie should be the protagonist.

A part of me wants to rip Insatiable to shreds, and while it leaves a lot there for that to happen, what I find myself getting out of the show is that despite all the desire in the world to be body positive and subversive, it can’t help but buy into the narrative that you need to be skinny, white, and traditionally beautiful to be the heroine of a story. That’s why all the interesting characters are in the background and Patty is front and center.

However, what I will say is that watching this show and reading interviews about what the creator wanted it to have really made me long for a well done Carrie reboot.

Stephen King’s first published novel, Carrie, released April 5th 1974, has always been among my favorites of his work. Not only is it style different from almost all of King’s future novels, but it, along with its 1976 film adaptation, really capture the loser-revenge storyline. No matter how many times I watch Carrie, without fail, I feel my heart tense up with the painful realization that all of Carrie’s happiness is about to come crashing down around her and the guilty satisfaction of enjoying her murder everyone in the room.

The one thing that has been missing from Carrie adaptations is that Carrie is described as an overweight girl with frumpy looks, but she has been played by Sissy Spacek and Chloë Grace Moretz, because Hollywood.

Throughout the book, as Carrie gains more control of her powers, she develops a strength from within that makes her able to stand up to her mother—and without an extreme weight loss or transformation, just basic self-care, she becomes a healthier person. However, people are assholes, therefore, kill them all. At least in the book.

What makes Carrie work is that you see her as the underdog, you see the depths of her despair, you watch her grow into herself and you witness the tragedy of seeing it stripped away.

For all of the protesting from the cast and creators about what Insatiable wants to say, it seems unable to say it. The thing that Insatiable wants to be is beyond its reach, because it doesn’t want to allow itself to be honest. H0nest about the fact that it, on some level, does feel like Patty can’t be perfect without being skinny. Honest about the fact that it can’t view fat people as sexual in a heterosexual context.

It also isn’t honest about the reason it cast a traditionally attractive heroine to play this role, because it buys into the beauty standards. It buys into the idea that skinny is magic and as much as it wants to say that it comes from within and Patty won’t be complete until she deals with herself, it doesn’t want her to be fat either.

The contract between the trailer for Insatiable and Sierra Burgess Is a Loser is night and day. While they are two completely different things, I have no doubt that when Sierra Burgess comes out, there are going to be comparisons between them and honestly, Insatiable deserves all the lumps it is taking and will likely continue to amass.

Insatiable fails at being a fun revenge story, contrary to what some reviews have said: she doesn’t murder anyone and really spends most of her time lusting after fuckboys and being selfish. It fails at being truly body positive, there is one happy fat character and she’s a black lesbian who is a mouthpiece for all the anti-body shaming ideas the show wants to have. All the moments of true interest: class issues, coming out stories, and the rare moments of dealing with true body insecurity are overshadowed by a story that feels like a broken marriage between the second season of Popular and Heathers.

But it’s not a surprise that Insatiable, like adaptations of Carrie, reveals that there is a real reluctance to see angry fat women on screen, because it would actually ask us to care about their feelings. Instead, it must be placed in a proper avatar so we can still hypersexualize teenage girls, because no one wants to see a fat girl learning to love her body in a bikini right?