Here Is Some Information Regarding Superheroes And Underpants 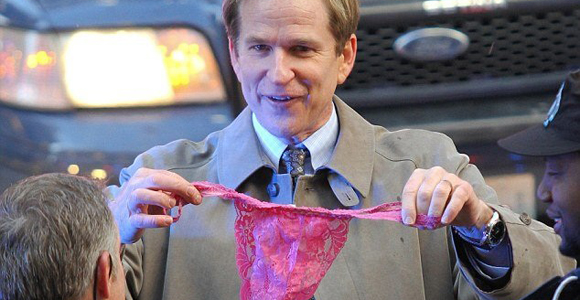 This is a set shot from Christopher Nolan’s The Dark Knight Rises. Information on why Matthew Modine is holding a pink thong and how you can own Superman’s underpants lie ahead. You are compelled to read on…

So, are these lacy panties evidence to be used against Catwoman in TDKR? Perhaps blackmail for Commissioner Jim Gordon? Neither! They’re a practical joke on the actor who happens to be very familiar with pink underwear. 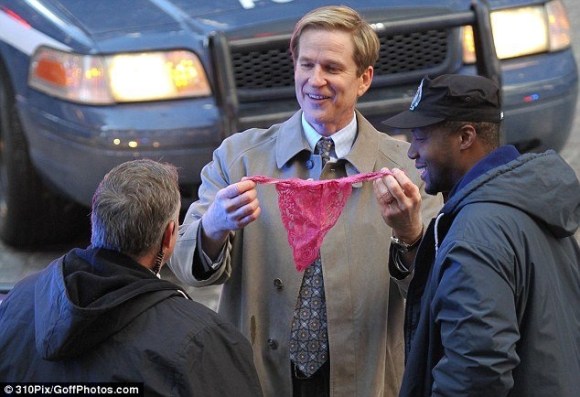 In 1985, Modine starred in the film Vision Quest alongside Linda Fiorentino. In the course of the movie, Modine’s character is caught by Fiorentino’s character, sniffing a pink pair of her underwear in their shared laundry room.

Modine told Downtown Spokane he suspects the assistants to Nolan’s assistant director planted the underwear on him to find while filming. “I put my hands in my pockets because it was cold. I said, ‘What’s this?’ I took it out and it was a pair of pink panties. And there were paparazzi all over the set,” Modine said. “There I am getting caught holding pink panties.” 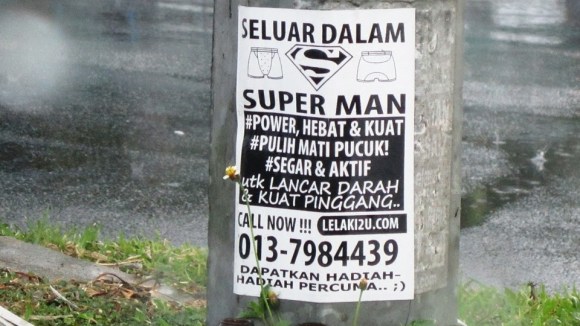 But wait, it gets better.

The underpants being sold are said to cure sexual problems and increase the male member with magnets. The New Straits Times has a quote from Mohd Ilham Samudin saying, “For me, this could cause a bad influence among the community. Superman fans, especially the men, could be duped into spending thousands of ringgit [Malaysian currency] to buy the product with the assumption that they could gain special powers by wearing them.”

He also said the product is inappropriate for its claims to enhance sexual power and the fact that it has nothing to do with the Superman character. I wonder if that phone number will be getting a call from the Warner Bros. legal team…

(via Gamma Squad and io9)