Another banger from this Beacon Press non-fiction series. 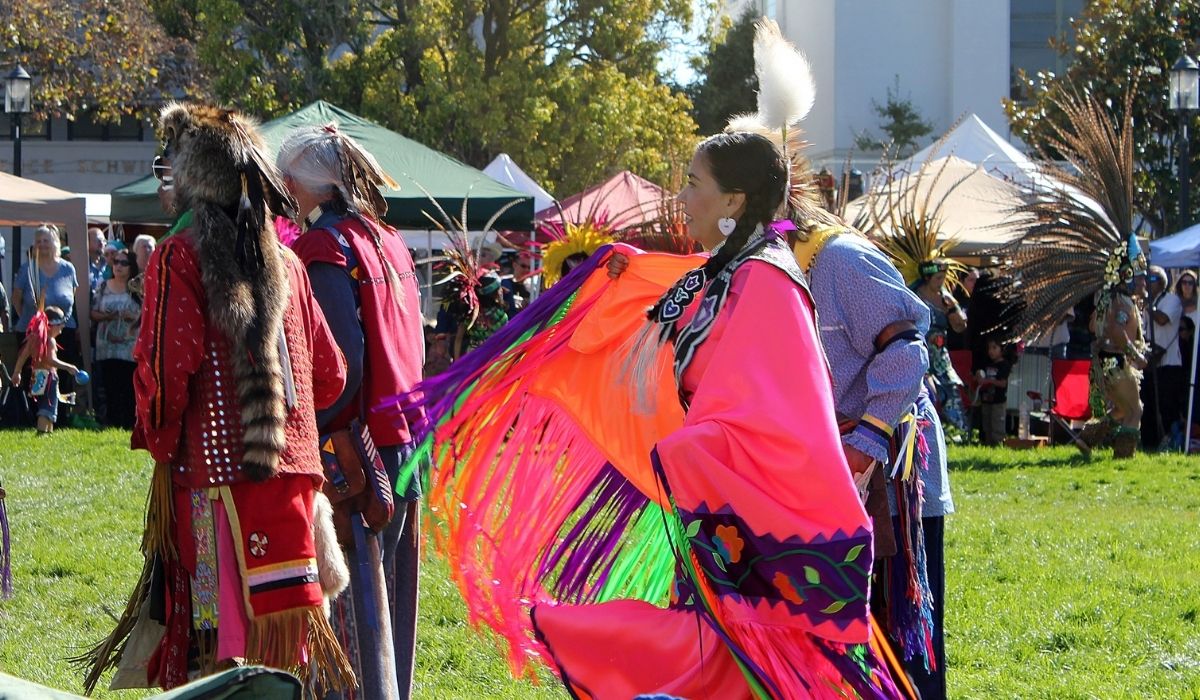 A few days ago, I finished reading my fourth book in the Re-envisioning American History series, An Indigenous Peoples’ History of the United States by Roxanne Dunbar-Ortiz. If this sounds familiar to returning Mary Sue readers, I mentioned two books from the series as suggestions to read in honor of Black August.

Totaling about 300 pages per title, each book in the series is written by a different expert from that community and traces U.S. history through the shared experiences of people from different marginalized groups. Some are specific to one demographic, such as Black women, Indigenous Peoples, Disability, and the LGBTQ+ community, whereas others, like Black and Latinx or Afro-Indigenous, cover the shared histories between the groups.

In observance of Indigenous Peoples’ Day, I wanted to share some key takeaways from Dunbar-Ortiz’s book. 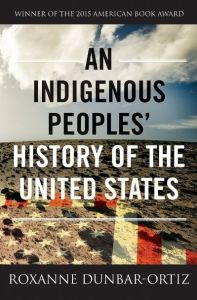 Before I begin, I want to say that though these books are written in an accessible way, this is the first book in the series (and I’ve read all at this point except the Disability History) that I feel takes considerable work to fully understand. I’m not saying this to discourage ANYONE from reading it, but I did want to let you know going in so you are prepared. The most difficult section is the beginning, and in a lot of these books, this is the most challenging part because it talks about theory.

Instead of a history book being like “Alright FIRST, this happened, then this,” the titles in the series have to set some parameters. In Michael Bronski’s A Queer History of the United States, the book outlines the language used because who knows if, when reading, specific self-identifiers have fallen out of popular use? Also, he talks about using modern language to describe the past and why it’s tricky to just call a person from history bisexual because of behavior and relationships, for example.

In Dunbar-Ortiz’s book, she does something similar. She talks about wider pervasive myths and how they distort our view of history. Dunbar-Ortiz outlines that there is no Indigenous peoples’ perspective just like there isn’t for any other group history book.

“This book attempts to tell the story of the United States as a colonist settler-state, one that, like colonialist European sites, crushed and subjugated the original civilization in the territories it now rules.” Page 14.

If this, so far, is kinda intimidating, I recommend reading the “Young People” versions. These are adapted for those 16+ and are more easily digestible. No shade at all because some of the material is already hard to get through emotionally, and adding a mental obstacle can be a turn-off. Since one of my sisters is not a reader, I actually bought her the “For Young People” version of Bronski’s book for Christmas last year because I wanted her to have a piece of her own history. Dunbar-Ortiz’s book also has an edition for younger readers.

One of the few things I could name as a pro on a pro/con list of this country’s qualities, despite our problems in actual policy on this front, is that it’s a nation made of immigrants that all came from somewhere else (minus the Indigneous that were already here). And it still is a pro, but I’ve never thought much about why people were here.

The early Pilgrims wanted to control the society they lived in (puritanical and free of sin), which is why they left Holland. Those from the West African region were brought in from the transatlantic slave trade, and all other non-white people (Chinese, Irish at the time, etc.) were brought in for labor—cheap, indentured, or “free” (those enslaved). Not much has changed since then, except slavery and indentured servitude have gone underground and are illegal.

In fact, throughout her book, Dunbar-Ortiz talks about coming in and serving at the will of the government to prove you are “American enough” to gain respect and citizenship. Now, people do that by enlisting in the military in the hope of gaining their residency. In the past, the U.S. supplied land grants to many white people whose own countries had been colonized (particularly the Scots and Irish), thus granting them wealth and class mobility in exchange for reinforcing borders imposed on the Indigenous Americans.

Bonus points if they brought a lot more with them, and even though it sounds like an MLM, it was a great deal for most of these immigrants. Those caught up with Outlander are already seeing those strains happen. Jaime was not seen as fully human as a Scott, and yet he (and his Aunt, who I HATE) were able to wield power in which those lower than them included enslaved people and Native American confederacies.

To come back to that point on modern immigrants serving in the military to become Americans, it isn’t just the first generation of an immigrant family; it can be any, to prove to themselves and to racists that they are American. They’ve gone into wars outside of the U.S. border (what was called “Indian Country” regardless of location in the world) and caused destruction on the Indigenous people of that region in the name of U.S. economic interests.

This is something I was barely starting to grasp regarding the Cold War to the present, but it really goes back to the beginning of our nation. This is how we built our World Police force and picked up some non-continental colonies along the way. 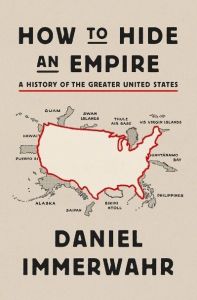 I’m not sure about y’all’s history classes, but mine were structured around war, generally—French and Indian War, Revolutionary War, Civil War, “Indian War,” WW1, WW2, and then the Cold War. This is why I didn’t know the difference between the Korean and Vietnam Wars until college and watching MadMen. One of the many issues with teaching history as a series of wars, is that, in this case, it ignores the fact that we were engaged in multiple (sometimes DOZENS) armed conflicts and genocides with Native Americans the whole time, not just after the U.S. Civil War—a true forever war.

Because of this, much of our military and press language regarding war, from the equipment to general language, uses words framed around fighting Native American countries. The Navy SEAL team that killed Osama Bin Laden gave him the code name Geronimo, the aforementioned “Indian Country” now shortened to “In Country,” the machines nicknamed for the first Indigenous people they killed as they kill new ones today, like Blackhawk, etc., and many more.

Regarding the 2nd Amendment’s right to a “well-regulated militia,” these also, Dunbar-Ortiz argues, were militaristic references to Native Americans enshrined in the Bill of Rights. Outside of War Time (with non-Natives), militias spread across the country fought Indigenous communities and kept enslaved communities from escaping. This was the first semblance of local (more so regional) policing. However, because there was no standing military until 1789 (and even then, it’s not like they were trained or just sitting at borders of the dozens of neighboring nations), it was up to the militias to communicate day-to-day with all of these Indigenous nations.

By communicate, I do mean mostly with violence and by treaty violation. See, while the United States federally made, and did violate, some of those treaties, many were violated by militias, with the United States “looking the other direction.” The local militias were who the Native Confederacies dealt with on the daily, and many of the shots fired at men, women, elders, and children came from the “well-regulated militias” outlined in the second amendment. While I’ve never taken complete issue with the 2nd Amendment, this phrasing has always baffled me, and when in doubt, it usually turns out to be white supremacy.

Side Note: She does go into Settler Colonialism and makes those reappearing connections (including of U.S. diplomacy to) Israel and South Africa. I just don’t feel comfortable talking about it because my brain is still processing it all. 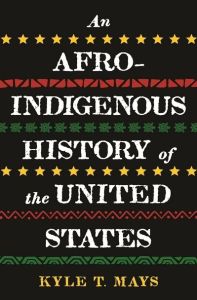 Next month, the next book in the series, An Afro-Indigenous History of the United States by Kyle T. Mays (Saginaw Chippewa), releases, and despite how strict I’m trying to be with my book-buying habits (bordering on self-diagnosed addiction), I pre-ordered it. I don’t want to say too much about it because it will probably end up on The Mary Sue Book Club list for November, but from the title and what I have said about other books in this series, I think it is pretty straightforward.

This is especially exciting for a few reasons. Firstly, the book that helped me discover Re-envisioning American History was a book about the shared history of two peoples. So, full circle! Second, in Dunbar-Ortiz’s book, she does talk about free Black communities and Indigenous people in relation to the transatlantic slave trade briefly. In this book, it looks like there will be that and more. Mays also contributed to the book A Community History of African America, 1619 – 2019: Four Hundred Souls, edited by Ibram X. Kendi and Keisha N. Blain.

In honor of today, and in anticipation for November (Indigenous History Month), we encourage you to pick up one of these titles and ask questions about how shared histories. Also, check out this list of activities in your community happening for Indigenous Peoples’ Day.