Independence Day: Resurgence Is a Step Backwards for the Franchise, and a Missed Opportunity for Representation 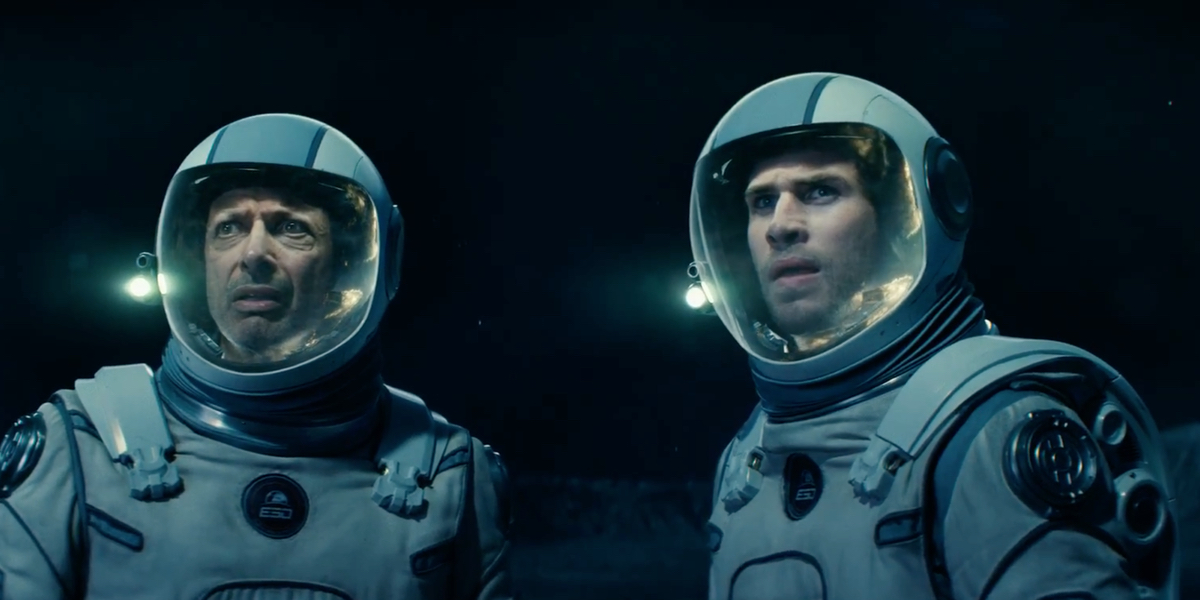 There’s a good movie buried somewhere in Independence Day: Resurgence. Amidst the clunky exposition and embarrassing callbacks to the first film and disheartening one-liners delivered by Liam Hemsworth—who looks profoundly embarrassed and exhausted throughout—there may have even been a better movie than the first Independence Day. But that would have required all the interesting moments that occurred conspicuously off-screen in this sequel to be given the focus they deserved, and what fun is focusing on plot and character development when you can just blow shit up?

It’s been twenty years since the first Independence Day came out, and, in the universe of the movie, it’s also been twenty years since Will Smith’s Captain Hiller kicked alien ass and saved humanity. Independence Day: Resurgence opens by telling us all the positive, fascinating changes that have happened on Earth since the War of 1996—the United States has a beloved female president; united against our common alien foe, all human-on-human war has ceased; and, thanks to tech left behind by the alien invaders, humans now have the potential to travel the galaxy with unimaginable speed. Whee!

People pop off to visit the Moon as casually as I might pop down to the deli (they also enjoy something called “Moon milk,” which I think is just milk, drunk on the Moon), and humans have established military defense systems through space, including one on Saturn. That Saturn base is actually one of the earliest indicators that Independence Day: Resurgence has its shit less together than its predecessor. We learn about the Saturn military outpost in the same sentence we learn it’s also been destroyed by aliens. Despite being a major inciting incident in the War of 2016, the base’s demise, which presumably would have been pretty cool to watch, isn’t shown or even really addressed.

Missed opportunities like that are a reoccurring trend in Independence Day: Resurgence, so much so that I wonder if studio meddling didn’t force director Roland Emmerich to cut out some vital scenes. For instance, Charlotte Gainsbourg plays Catherine, a psychiatrist studying collective consciousness and the impact the War of 1996 had on humanity’s psyche. Catherine and David Levinson (Jeff Goldblum, at his most Goldblumiest), have a romantic history together that I would have loved to learn more about, or at least see the results of in their interactions on screen, but it seemed like whole scenes between the pair were cut out and replaced by an arbitrary moment of coupling later on in the movie.

David is also followed throughout Resurgence by Floyd Rosenberg (Nicolas Wright), who, to my best understanding, is auditing him (“I need your receipts!”, Floyd shouts at one point, as David rushes off to save the planet). I may have misinterpreted Floyd’s role slightly—it seemed to me like he worked for the IRS, but I guess he could also have been David’s strangely dedicated accountant—but I think that’s excusable given how confusing his presence is. Why and how is Floyd allowed to follow David everywhere, even to Africa to meet with a warlord, and then to the Moon? Why does the movie often focus on Floyd’s experience of events, to the exclusion of other, more significant characters?

The something-must-be-missing-here plot point that frustrated me the most, though, was the relationship between Dr. Brakish Okun (Brent Spiner) and Dr. Isaacs (John Storey). Remember Dr. Okun, from the first movie? Here he is in Independence Day, being possessed and strangled by a rude alien:

As the aliens approach earth in Resurgence for a second crack at sucking out earth’s molten core (apparently that’s what they’ve wanted all along, our sweet, sweet, molten center), Dr. Okun wakes up from a coma after two decades. He’s greeted by a man I at first thought was his doctor—he is a Doctor—and then assumed was his friend, before realizing, long into the movie, that Dr. Isaacs is Dr. Okun’s boyfriend. If you miss one of the few instances in which the two refer to each other as “babe,” or the extremely brief moment of hand-holding near the end of the film, you might not even realize the two are partners at all—the friend I saw Resurgence with didn’t.

Don’t get me wrong, I really appreciated that there was some LGBTQIA representation in this movie. For me, that felt like a reminder of the progress we actually have made in the last 20 years. Tragically, we don’t have flying cars or Moon milk yet, but at least two men can be borderline explicitly affectionate with each other in a movie. Still, it was awkward and unbelievable to see Okun and Isaacs experience extremely significant moments with each other without kissing or even trading I-love-yous. I’d be very interested to find out if there’s a deleted scene of the doctors embracing with the same fervor and passion the movie’s straight couples are allowed to demonstrate.

I felt similarly about a lot of the representation in Resurgence, in that I was happy to see marginalized groups get a little more screen-time than they might in the average summer blockbuster, but felt the movie missed out on an opportunity to truly utilize those characters. Sela Ward plays President Lanford, but she’s never given a chance to deliver anything resemblng the iconic speech Bill Pullman had as President Whitford in the first film. Resurgence takes a slightly less US-centric view of the world than Independence Day, introducing the Earth Space Defense team, a fleet of elite, international fighter pilots (including Captain Hiller’s son), but the non-American members of ESD, such as Angelababy as Rain Lao, are never truly developed.

Rain is shoe-horned in as a love interest for a white male character, but she herself is barely given anything to do beyond being the ‘pretty female pilot.’ Similarly, Dikembe Umbutu (Deobia Oparei), a warlord who travels to the Moon with David and David’s accountant, and who is highly-skilled in alien-stabbing, also doesn’t receive the same development as the movie’s white characters.

Given how utterly defeated Liam Hemsworth seems in his role as hotshot pilot Jake Morrison—understandably so, given how asinine his character is (not to spoil things, but —it would have been refreshing to see the focus placed anywhere other than our manly hero.

Independence Day: Resurgence delivers somewhat on the promises of Bill Pullman’s iconic speech from the first Independence Day, showing us an Earth where we are no longer consumed by our petty differences. Unfortunately, as evidenced by the lackluster representation given to queer people and people of color in the movie, Hollywood hasn’t learned that lesson yet. If Independence Day: Resurgence had given new, intriguing characters like Catherine or Dikembe the same focus as Jake or the returning protagonists from the first movie, Resurgence could have been the sequel we deserved after waiting twenty years, instead of going stupidly into the night.