In & Of Itself Is a Heart-Wrenching, Must-Watch Exploration of Identity 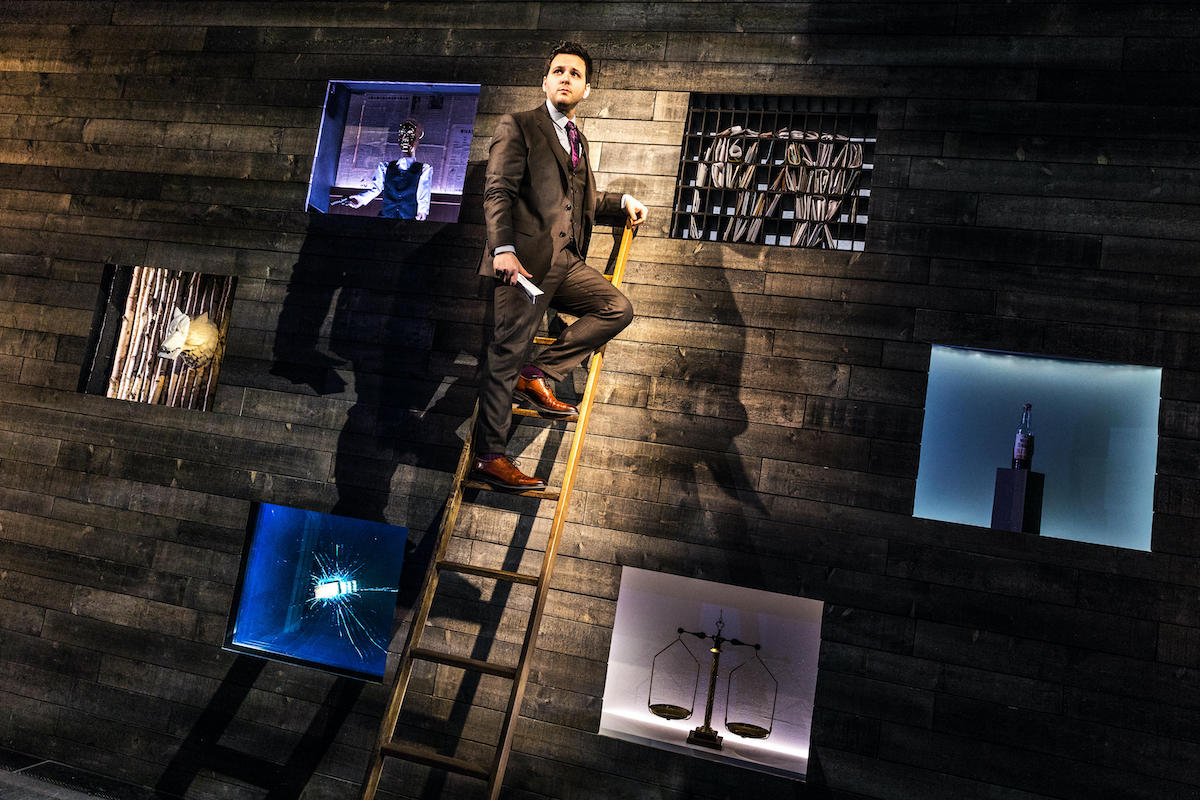 Derek DelGaudio’s solo show In & Of Itself was originally booked for a 10-week run at the off-Broadway Daryl Roth Theatre (after five performances in Los Angeles). By the time it closed in 2018, it had been extended four times and run for 560 performances. And now, thanks to a filmed version released as a Hulu original, we all get to experience the dazzling magic for ourselves.

When guests entered the theatre lobby before performances of In & Of Itself, they were met with walls of cards (deliberately styled after the “I AM A MAN” signs from the Memphis sanitation workers’ strike of 1968), each naming a different identity. I am a teacher, or a writer, or a bartender, or a leader, or a gamechanger, or a unicorn–the choices were vast and each guest was asked to choose one and keep it with them. Everyone gets to choose how seriously they take this task but identity–this elusive, tender, often oversimplified idea of how we see ourselves and how deeply we are seen by others–is the core of the show. 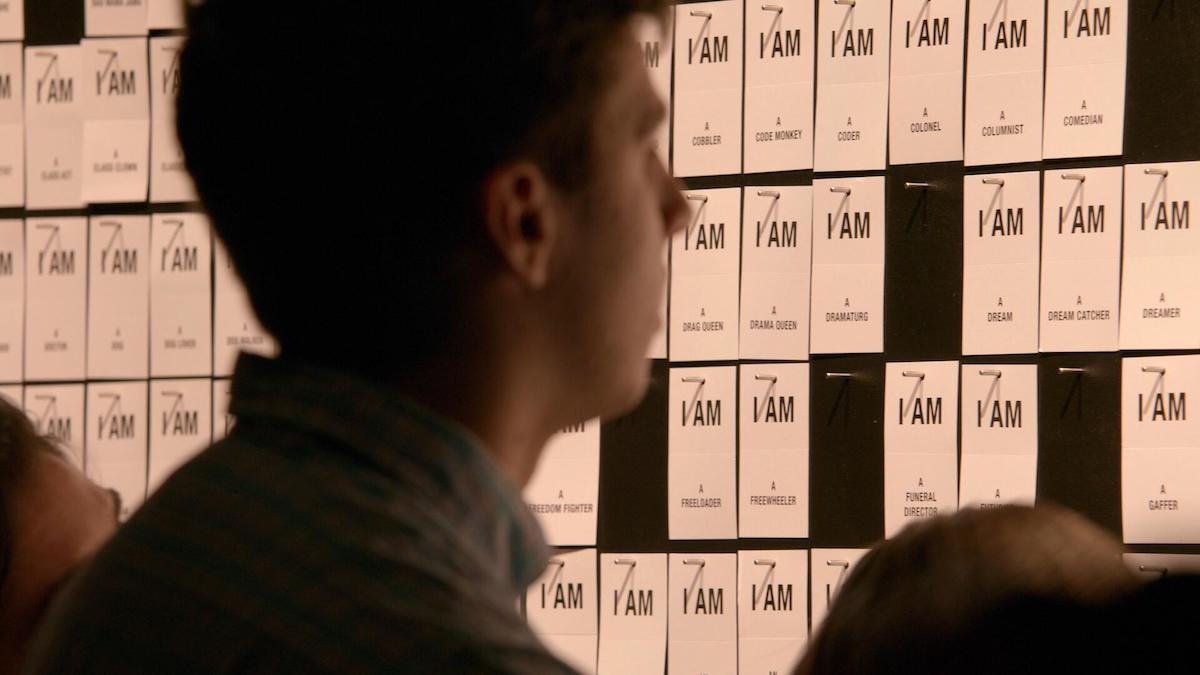 That sounds like a simple premise, and also a potentially cheesy one, but the way DelGaudio approaches it, it’s anything but. He tells us stories from his life that fill in the puzzle pieces of his own sense of identity. We hear about the anti-LGBTQ+ bigotry he and his mother, who is gay, experienced in his childhood, about how he mastered the art of cheating at Bridge, and about the stranger in a bar who compared him to the mysterious protagonist in a baffling folk tale.

DelGaudio’s stories would be engaging enough if told plainly but that’s not what he does. In addition to being a storyteller (the show is described as “a new kind of lyric poem”), he’s also a magician. Again, that might sound cheesy to some, but DelGaudio doesn’t use magic just to amaze or astound his audience (although he does both of those things). Here, it is a very serious storytelling tool. Magic is woven into the very fabric of the show and the way that DelGaudio sucks his audience in and seems to see right into their hearts and minds, as well as his own, feels like such a genuine wonder that it only makes sense to set it against a backdrop of actual magic “tricks.”

If I’ve been vague so far, it’s only because this is the kind of show you don’t want to know much about before you watch. The show is mesmerizing, and the experience of watching it is as important–more so, really–than anything else. The play is, in large part, about the process of watching the play and any details I want to share with you (and there are so many!) would only undermine that experience.

Speaking of the experience, for those of us who don’t live in New York (and/or who aren’t exorbitantly wealthy and well-connected), filmed versions of stage plays are bittersweet. They’re likely the only way we’re going to get to see these shows but more often than not, they still leave us wanting more than anything to experience the real thing, live and in person. It’s the sugar-free frozen yogurt of theatre.

But In & Of Itself translates incredibly well. The filmed version, like the stage play, is directed by Frank Oz. What he and DelGaudio have created is literally the best adaptation of a stage play I’ve ever seen. The filmed version uses footage from a few different performances, cut together to drive home just how unique each audience member’s experience and to make those of us at home feel as immersed in this journey as possible.

In & Of Itself  is a great balm for those of us missing live theatre, but it’s also a stunning piece of cinema on its own. It’s the kind of art that sticks with you afterwards, partly because you’ll likely be desperate to know how he performs the absolutely jaw-dropping illusions, but also because DelGaudio presents these questions of what illusions we present to ourselves in such a piercing way that they’re likely to stay with you for some time.