In Its Third Season, Mrs. Maisel Still Struggles to Be More Self-Aware About Its Heroine 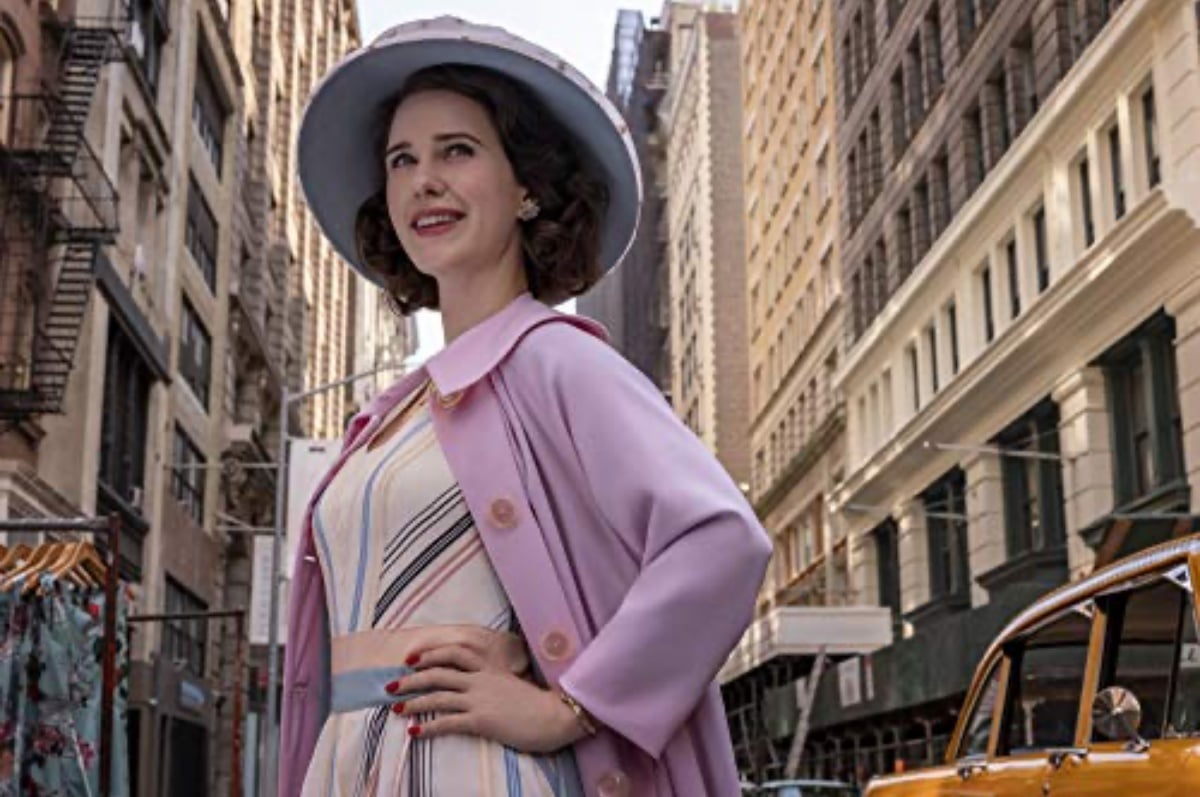 I love the works of Amy Sherman-Palladino, from Gilmore Girls to Bunheads and on to what is her greatest awards success, Amazon’s The Marvelous Mrs. Maisel. However, I love these shows while also, sometimes, being very jarred by the intense blinders Sherman-Palladino has for complex issues, especially considering that she got her start on Roseanne. In the third season of Mrs. Maisel, we get eight episodes that highlight the best and worst of how the show can touch so perfectly on certain aspects and flounder in others.

One of the aspects of the show is the line it teeters on between wish fulfillment and empowerment. Last season, Midge was offered the opportunity to open for Shy Baldwin (Leroy McClain), which gives her a big break. She decides to leave her kids, breaks her engagement with fan-favorite Benjamin (Zachary Levi), and sleeps with her ex-husband, Joel (Michael Zegen). It’s a great opportunity and allows her to flex her comedic muscles, and she also gets to bond with another female performer, played by Gilmore Girls’ Liza Weil.

In the final episode of the season, “A Jewish Girl Walks Into the Apollo…” we finally get to see an issue that has been in the back of my mind for a long time. How does it look to have this tiny white girl from the Upper East Side opening for a Black Harlem singer? Back in “Kind of Bleu,” it was addressed that Midge wouldn’t even be in the same Florida hotel as the main act that she’s opening for.

She gets nervous as she watches Moms Mabley (played by the legend Wanda Sykes) perform to the crowd at the Apollo ,and Shy’s manager Reggie (Sterling K. Brown) tells her to make jokes about Shy, and then Midge proceeds to softly out him. On stage. She does this after being there in the aftermath of Shy getting beaten for his homosexuality. This is disgusting in every single way and highlights something I’ve always felt to be true about Midge: She’s a selfish asshole.

This gets her fired, as it should. We are supposed to feel sad for Midge, but it says so much that when Reggie makes the “Judy Garland shoes” joke, Susie knows exactly what she’s talking about.

One of the big gaps in Midge as a person is that she’s not smart. She’s clever, she’s quick on her feet, and she’s by no means stupid, but as she says in an earlier episode, she “doesn’t read.” She doesn’t question unless it has to do with her. Midge and her family live in a bubble that bursts often because they have no idea how sheltered and closed-minded they are.

Abe Weissman deciding to quit his Columbia job and Rose giving up her trust fund leads them to having to move in with their former in-laws, the Maisels, in their giant Queens house. We are supposed to feel a mix of comedic horror for the Weissmans for being stuck with the loud and goofy Maisels, but honestly, why should we? For all the jokes they make about the Maisels being “uncultured,” they have success. Moishe may rant about getting up at 4:30 in the morning, but he’s doing that at his house.

There’s also the very interesting dynamic that, for a show so built around Jewish families, the intellectual, old-money, soft-spoken, classy Weissmans are all played by non-Jewish actors, whereas the loud, working-class to middle-class Maisels are actually played by Jewish actors. While I do not think it’s intentional, it’s the kind of unfortunate gaffe that almost makes sense in a show like this.

A lot has been said that critics are sometimes too hard on Midge because we allow male heroes to be flawed, but I think that is not a fair thing to put on Maisel because this is par for the course for Amy Sherman-Palladino shows. On Gilmore Girls, the titular leads could be the absolute worst assholes on the planet, and the show would only call them out a handful of times throughout its run. The problem is not that Midge is selfish person; the problem is that her being a selfish person is ignored in-universe because she also happens to be this cute, gorgeous, weird woman who just gets to float through life because of that cuteness.

Her suffering consequences for this is one of the most realistic things that has happened to her on the show that isn’t just there to feed her origin story.

All that being said, before this moment, we see a lot of the good in Midge. Her kindness to Shy, realizing her spoiled behavior with Susie and correcting it, and her ability to bounce back even in hard times. We certainly saw Midge grow and be really secure in the fact that she doesn’t want to just be a wife or a mother. She has thrown off a lot of the titles that she should want and is taking on the one that matters most to her: comedian.

Still, do not out your boss during a live performance to a crowd in Harlem, and read contracts before you agree to take them on. She and Susie almost do an ad for some candidate who sounds like a Tucker Carlson troll.

I do love Mrs. Maisel, but that doesn’t mean I don’t wish it were a little bit more self-aware.