In Defense Of The Original Star Trek Films | The Mary Sue

In Defense of the Original Star Trek Movies 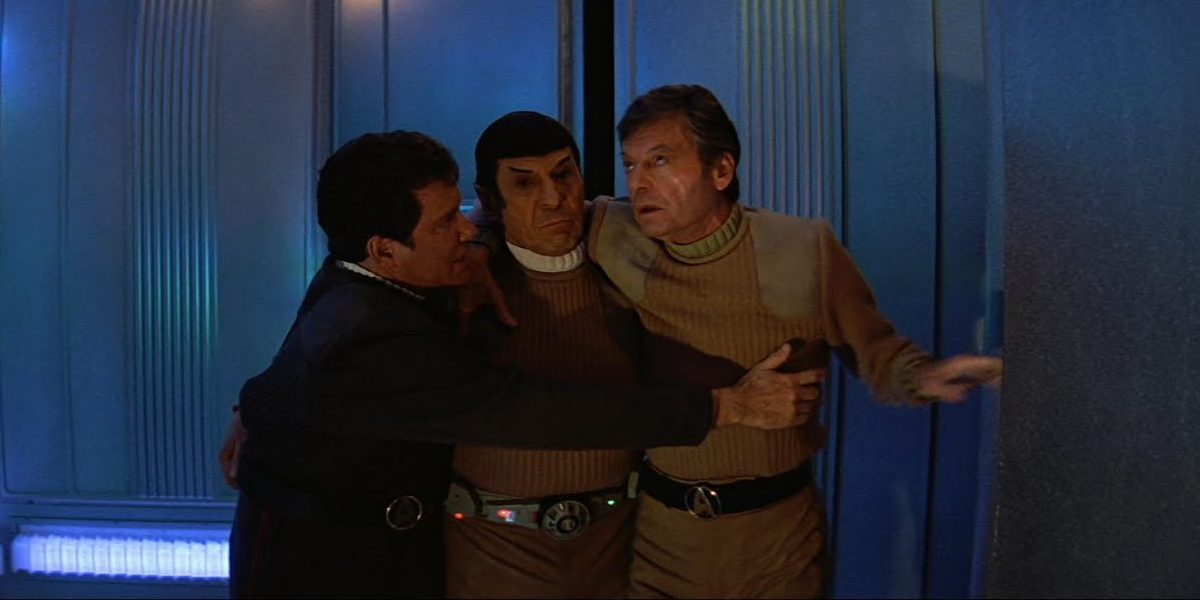 As I return to my first major online fandom roots, I’ve started binge watching the Original Series of Star Trek, as well as the original six films. It’s no secret that while Wrath of Khan and The Voyage Home are beloved among fans — who doesn’t love Shatner chewing scenery while screaming “KHANNNNN” or the fact the Enterprise has to save the whales — some of the other films in that lineup are … well, less than beloved. Like The Final Frontier, where Spock’s half-brother suddenly appears and steals the Enterprise because he wants to go find God, or Search for Spock, which is a personal favorite of mine because it basically proves that Spock and McCoy were dating the entire time (but that ship manifesto will be saved for another day).

But I am here to present a case in defense of these movies, even the bad ones. Because let’s be real, there is nothing quite as joyful as the sheer earnestness of the original Trek movies. They do not pretend to be cinematic triumphs. They do not aim for a deeper social commentary, outside of the inherent messages of Trek such as “be a good person” and “together you and your friends can save the universe.” They’re enjoyable, cheesy rides with a crew that’s so beloved that it’s practically family.

Full disclosure, I have not seen Star Trek: The Motion Picture, so I’m leaving that out of this lineup.  Judge me all you want, it was the one I haven’t quite made it around to.

Kirk struggling to accept the changing times and his own pending mortality is tackled with a sensitivity that would be surprising to anyone not familiar with the heights reached by the best of the Original Series. A recent rewatch of the film highlighted the gentleness with which the film treats the concept of the heroes’ mortality with grace. Spock’s ultimate sacrifice still brings tears to the eyes, and Nimoy gives perhaps his finest performance in the film. The idea of life, death, and rebirth is handled without being overly heavy-handed, and Kirk’s final line of “I feel young” gets me every single time.

The Voyage Home plays like a highlight reel of the best of Trek. It’s campy, over the top, and an entirely fun ride. The plot — after saving Spock, the crew has to make a quick detour to the eighties to rescue some whales to stop an evil space probe from destroying Earth — barely holds up if you give it a few strong pokes, but that’s the joy of it all. It’s the glee of “The Trouble with Tribbles” mixed with every single modern AU fanfiction you’ve ever wanted to read. Scotty talks to a computer!!! Chekov gets into mayhem!!! McCoy runs through a hospital curing patients because he can’t stand to see the barbaric medicine of the past!! What else does one need from a Star Trek venture? It’s the ultimate cheer-up film.

Now here’s where we get into the controversial films. Search for Spock, The Final Frontier, and The Undiscovered Country are all regarded with somewhat mixed feelings by fandom; oddly enough, they’re the films I watched the most when I first became obsessed with Star Trek back in 2009 (I’m an Abrams convert, so I’ll see myself out). They might not be good films by any stretch of the imagination, but they’re fun Trek stories and that’s what matters more.

I’m also very biased, as I feel those three are the best ones for my favorite member of the USS Enterprise. When I first saw the rebooted Trek, my heart belonged to Bones McCoy, played by Karl Urban in the new films. It took all of half an episode of the originals for me to fall equally in love with DeForest Kelley’s take on the character as well, and for McCoy to become one of my favorite characters in all science fiction. My favorite Star Trek stories are ones centered on Kirk, Spock, and McCoy, the original golden trio; there’s a reason my favorite TOS episode is “The Empath.”

One of my favorite scenes in all of Star Trek is the scene in The Final Frontier where the trio goes camping and winds up talking about mortality and marshmallows, or as Spock calls them, “marsh melons.” They all wind up singing ‘Row Your Boat’, which Spock winds up getting confused about, and it’s adorable; it’s like my favorite trio fanfiction has come to life on screen. Fans are divided on whether or not it’s really any good, but it’s worth it for Kelley hamming it up as a somewhat drunk McCoy and for Nimoy’s trademark deadpan delivery of “I’m sorry, were we having a good time?”

These three films have a particularly delightfully Trek vibe to them as well. They’re melodramatic, earnest to the point of mockery, and decidedly dated. They reach for great heights and try admirably, despite missing the mark; though admittedly, Undiscovered Country‘s look at a universe pulling back from a Cold War is fairly timely and not entirely too messy. But what makes them work is how the cast rallies to deliver what the fans want. My heart might belong to the triumvirate, but don’t think for a second that I don’t adore Uhura, Sulu, Chekov, and Scotty as well. They all get moments to shine in each film and remind us that the Enterprise is a family more than just a crew. Plus, Sulu rocks an awesome leather cape at one point and remains the style icon of Trek‘s original bridge crew. 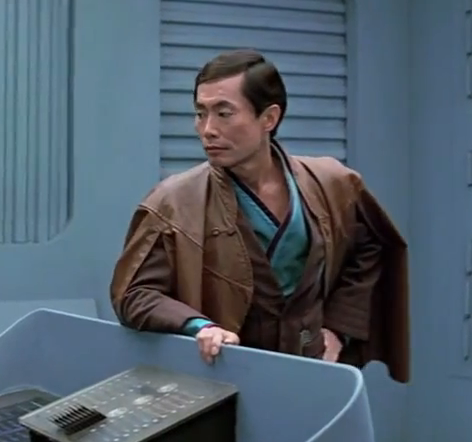 Maybe, for me, it’s also a snapshot of the teenager I was in 2009 that I love them so. Middle and high school were not friendly to me; indeed, who were they friendly towards? The family of the Enterprise was a respite from the stressors of high school and the perils of adolescent friendship drama. It was a home away from home. To quote Dumbledore (and wow, this might be the nerdiest piece I’ve ever written) “Of course it is happening inside your head … but why on earth should that mean it is not real?” My rediscovery of my passion for Trek is like a homecoming in the best way; the crew was waiting for me to come back in a way.

For those of us who dream about warping into the future with Starfleet, they’re friendly reminders that no matter the universe, this small little space family will always be there for us to return to in our times of need.