In Defense of the Star Wars Prequels: Let Go of Your Hate 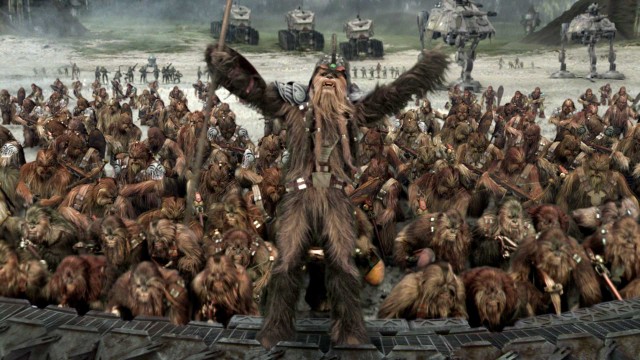 A strange thing occurred when I was reading recent news about the upcoming The Force Awakens. The comments section of the post (admittedly usually a wretched hive of scum and villainy except, of course, at The Mary Sue) veered off-topic quickly into some Sith-like hatred towards the Star Wars prequel trilogy.

It’s not the first time I’ve seen this, but the closer we get to The Force Awakens, the louder and angrier it seems to have gotten. Look, I get that they’re not perfect films, but what’s always confused me is the level of black-and-white anger; these films get scrutinized over things in other films/franchises that are often overlooked, given passes, or endearingly mocked.

The thing is that, despite their flaws, I’m glad they exist. Had they been standalone films without any franchise connection, they probably wouldn’t take up so much headspace. I’d lump them somewhere between “eh, that was okay” to “that was pretty good” depending on the film, then move on. But because they’re major building blocks of a growing universe, I openly embrace them, warts and all. Without them, huge pieces of the Star Wars universe wouldn’t exist, including many of my favorite elements.

With The Force Awakens just weeks away, now seems like a good time to argue in defense of these movies. They bring a lot of worthwhile things to the table (and I bet on fresh viewing, they’re not as bad as you remember), and here are six reasons why they’re worth another look:

Notice that’s “the story,” not “the script.” The execution of the films is far from perfect, but the core story beats resonate quite well. If the original was a tale of a farm boy igniting a revolution, the prequels show the many layers involved with the fall of democracy and the corruption of a good person. The core prequel story takes a wider perspective than the originals and uses a more mature tone in many areas. Case in point: the original Star Wars was essentially about Luke Skywalker rescuing a princess and blowing up a space station. The Phantom Menace, while flawed, has many different and interwoven story beats in it, all unified by the idea that a Sith Lord created a seemingly benign local conflict to give himself control of the galaxy.

By integrating themes of manipulation, war, and betrayal, George Lucas built concepts that were more intricate and morally ambiguous than the original trilogy. The pace and tone are far different from the originals, such as Attack of the Clones’ Obi-Wan/Kamino detective plot, which adds in elements of both noir and hard science fiction. In many ways, I think that’s a good thing; they dare to be different.

The only real problem is that Lucas didn’t have someone overhaul his dialogue prior to shooting.

Not so in the prequel trilogy, which offers a much more morally ambiguous world. The supposed good guys aren’t entirely right and the supposed bad guys aren’t entirely wrong. For example, in Attack of the Clones, Count Dooku tries to appeal to a captured Obi-Wan by telling him the truth about the Sith—it is Kenobi and the arrogant Jedi who are in denial. On the other hand, Palpatine, the most vile of evildoers in the original trilogy, makes some reasonable arguments when expressing his negative views of the “dogmatic” Jedi. And let’s not forget that the Republic—the supposed good guys—make the first strike in the Clone Wars by invading Geonosis.

The lines between right and wrong, hero and villain are blurred here—a far cry from the pulp action vibe of the originals. This level of nuance brings a new complexity to the franchise, one that can be carried forward in future stories onscreen and off.

Within the first ten minutes of The Phantom Menace, the Star Wars universe grows by leaps and bounds. We get hard specifics about the Jedi dogma and order, the capabilities of in-their-prime Jedi Knights, pre-Empire technology, and how the galaxy was governed. Throughout the three films, we see concepts such as the Sith Rule of Two (which did exist in books but never before in film), Master and Padawan, Coruscant, a clone army, Yoda’s fighting skills, the Living Force, even details such as the monk-like garb of the Jedi—all of which are now taken for granted as part of Star Wars lore and culture. The prequels are filled to the brim with universe details, and for a franchise designed to expand in every direction, the possibilities they create are endless.

Seemingly the only thing that Star Wars fans can agree on regarding the prequels is that Ewan McGregor succeeded as Obi-Wan Kenobi. From the headstrong Padawan of The Phantom Menace to the swashbuckling Jedi Knight hunting down a bounty hunter to the war-weary mentor, McGregor brought gravitas and warmth to the role. There are uneven performances throughout the trilogy, but it’s hard to knock McGregor’s take on the legendary character. 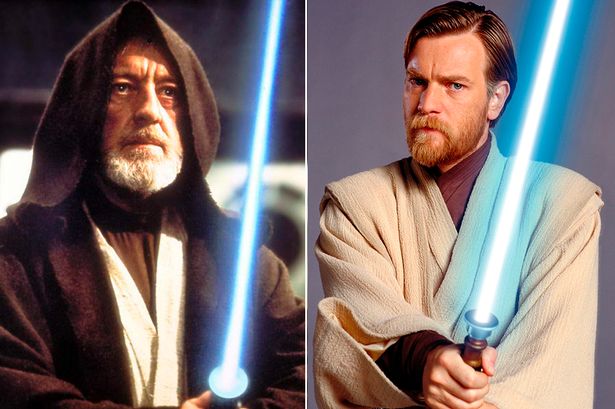 The best thing about the prequel Kenobi is that it feels seamless with Alec Guiness’s performance, and when the “strange old hermit” tells Luke that he was once a Jedi Knight, it’s hard not to immediately think of McGregor. There have been longstanding rumors of a Kenobi Anthology film (McGregor is certainly up for it), and you won’t find many fans arguing against the idea.

When the Star Wars Blu-rays were originally announced, my wife and I went through a self-imposed franchise blackout. The goal was to go into the releases with as clean of a slate as possible—no films, books, video games, etc. for a good year or so. Then, we watched in episode order to see if the whole thing fit together.

Now, while I’ve always accepted the prequels, my wife viewed them with a lot of disdain until this experiment. Not only did she find that she actually enjoyed them quite a bit—it’s easier to ignore the clunky bits when you already know they exist—it changed the way we saw the original trilogy. When Obi-Wan tells Luke that his father was “a good friend,” we both thought immediately of Obi-Wan telling a mutilated Anakin that they were brothers. When Yoda says that “wars not make one great,” we both thought of Order 66. When Vader tells Luke that it is “too late” for him to break from the Dark Side, we both thought of his assault on the Jedi temple.

With the prequels, these moments are no longer mere dialogue, but memories forged through experience. Obi-Wan’s weariness, Yoda’s cautions, and Luke’s choices, all now come with a greater weight, crafting a more layered and emotional journey.

One of the best things to come out of the prequel trilogy was its spin-off TV show. While the original trilogy took a massive conflict and showed it on a micro scale through three POV characters, the prequels went wider—almost too wide, in many respects, leaving many aspects brushed over. The antidote to this is The Clone Wars, a series that allowed much-needed breathing room for the themes and characters during the dying days of the Republic.

Overseen by Dave Filoni with hands-on input from George Lucas, TCW was never afraid to experiment with tone and format, thus becoming the best of all worlds. It was a sci-fi show that kids could enjoy, a children’s program with some intensely dark material, and some of the best Star Wars moments in the entire franchise. Plus, it won David Tennant an Emmy.

Is it cheating to cite it as a defense for the prequels? I would say no, because this is a defense of their existence, not their execution. Without the foundation created by the prequels—from characters to universe details to story framework and timeline—TCW simply wouldn’t exist. If you haven’t watched it because of your negative association with the prequels, here is a handy suggested-viewing list. Once you get through those episodes, you’ll know why many fans hold Ahsoka and Rex in as high regard as Han and Lando.

Let Go of Your Hate

There are plenty of other parts of the prequels that I consider to be strong (Liam Neeson’s fantastic rogue Jedi Qui-Gon Jinn, greater development of the Jedi and the Sith, Palpatine’s tale of Darth Plaguis, John Williams’ fantastic score), all of which are wonderful things that—at least for me—trumpet any clunky attempt at romantic dialogue.

But don’t take my word for it. The best way to get ready for The Force Awakens is to let go of your hate and watch the entire saga with an open mind—and make sure to throw in select The Clone Wars episodes between Attack of the Clones and Revenge of the Sith. They’re not perfect for sure, but they make the Galaxy Far, Far Away a richer place—and to me, that in itself is invaluable.

Now I’ll just quietly meditate and prepare for a Rancor-sized flogging in the comments section. 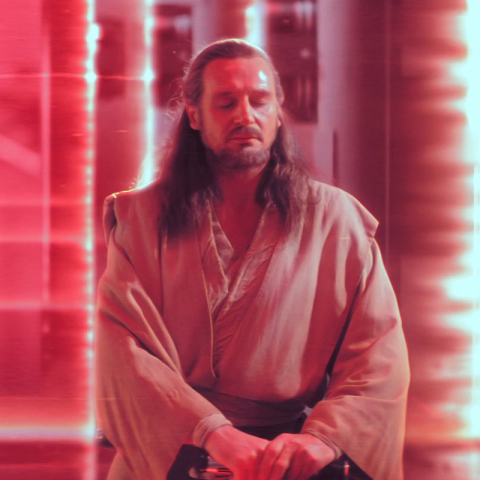