Mark your calendar for women punching everything 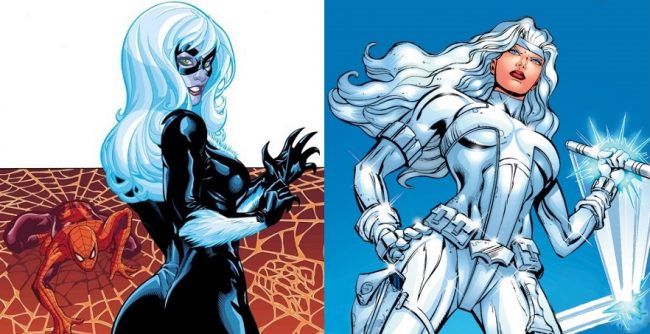 Sony’s Silver and Black, the Spiderverse film which will center on Silver Sable and Black Cat, now has a release date. The movie is set to hit theaters on February 8, 2019 – four months after Sony’s Venom, and exactly one month before Captain Marvel arrives on March 8, 2019.

This release date means Silver and Black comes out only 28 days before Captain Marvel (thanks, February!), so we get two women-led superhero movies in less than 30 days. Yessss.

Aside from that, though, I’m not sure what to make of this choice. On the one hand, February is traditionally a cinematic “dump month,” when studios release their films with lower box office expectations. I don’t love the idea of Sony dropping this film – with its two female leads, helmed by the first black woman to direct a big-budget superhero movie – in a cinematic graveyard. After D.C.’s lackluster marketing for Wonder Woman, I’m out of tolerance for studios constant underestimating and underselling of women-led and women-created films. Prince-Blythewood, who’s doing a rewrite of Thor: The Dark World scribe Christopher Yost’s script for Silver and Black, wrote and directed an honest-to-goodness modern classic with Love & Basketball. Maybe have a little faith in her?

That said, Deadpool clearly did very well with a February release date, so it’s possible that Sony is hoping to give Silver and Black an uncrowded weekend to flourish in. These characters have less brand recognition than the tentpoles coming later in 2019, like Avengers: Infinity War, and Lord knows that “part of Sony’s Spiderverse franchise” isn’t going to sell any tickets, so the studio might just be strategizing on the movie’s behalf. A gem about lesser-known comic book characters has a better shot of shining and generating tons of press when it’s up against “dump month” movies, and the film press isn’t busy hyping other, bigger movies. In fairness to Sony, they may be making the right move.

But this is also Sony we’re talking about. We’ve all read their racist, misogynist leaked emails. We’ve all seen their original, abysmal plans for the Spidey franchise. Honestly, I don’t know what their plan is. I’m certainly curious to see what they’re going to do with this Spider-Man-less Spiderverse, especially with Prince-Blythewood on board, but I wouldn’t say I’m optimistic just yet. I’ll have to see what the casting and the trailers look like before I pass any judgment.

But how are you all feeling at this juncture?