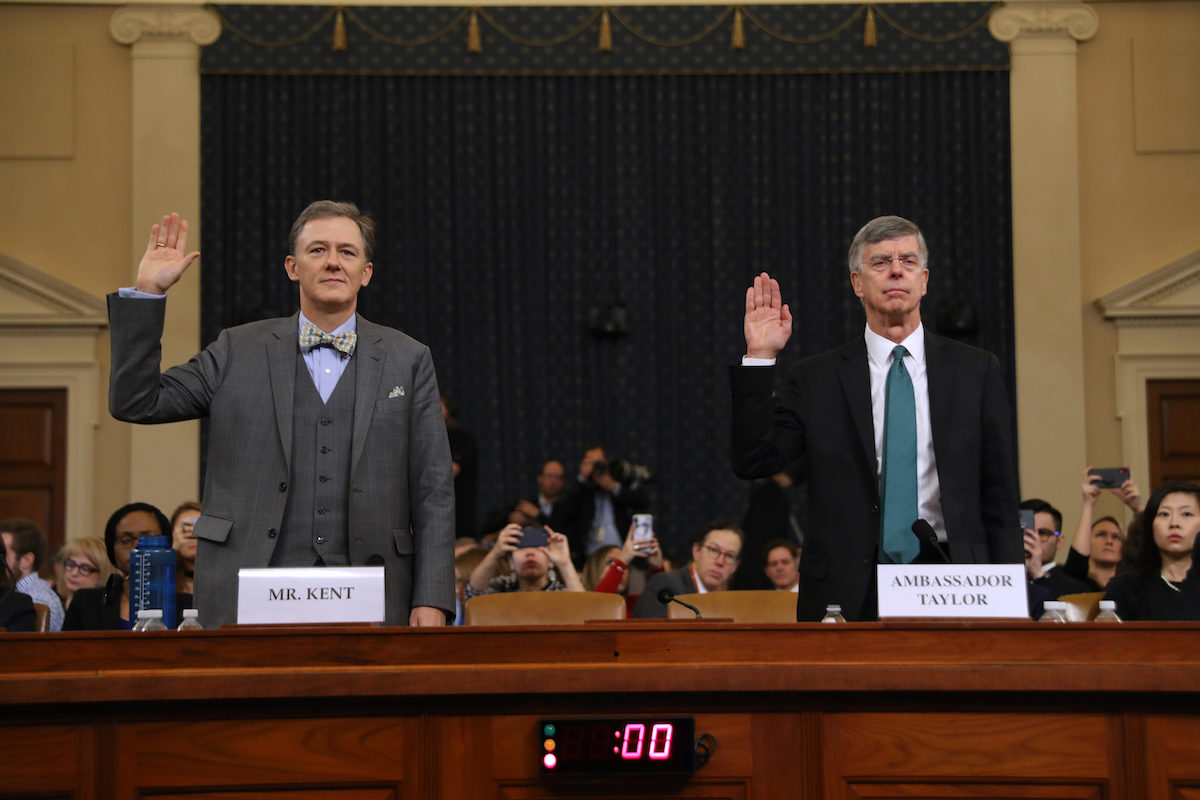 The first public hearings regarding the impeachment inquiry into Donald Trump were this week, which is an essential step in making sure public opinion is on the side of impeachment. And as it turns out, a lot of people tuned in to watch.

Wednesday’s hearing, which featured testimony from and questioning of Deputy Assistant Secretary George Kent and Ambassador Bill Taylor, drew an incredible 13.1 million viewers across six major networks–and that number doesn’t even include those who watched via streaming sites, including C-SPAN, or those who watched outside of the home, in offices or public spaces.

Fox News had the largest audience of those major networks with 2.9 million, although MSNBC was close behind with 2.7 million. So while those two audiences may have had different opinions of what they were watching, it looks like interest in impeachment is not a distinctly partisan issue.

This news is sweet because we know how obsessed Trump is with ratings. But it’s extra sweet because so much of the media coverage of the hearing commented on how it was “dull” and, as NBC News put it, lacked “pizzazz.”

NBC also wrote that the hearing “felt more like the dress rehearsal for a serious one-act play than the opening night of a hit Broadway musical.” Which would be a real burn if these lawmakers and the witnesses had been trying to put on a Broadway musical. But the weren’t; they were engaging in a serious Democratic process. So I think they’ll survive the criticism.

Good point. Article 6, Section 2 of the Constitution clearly states that a President can’t be impeached for crimes that don’t excite his third-favorite child https://t.co/88BYiCdpFd

Public opinion is important. But an impeachment hearing isn’t reality TV. It’s not a razzle dazzle spectacular spectacular. It’s about getting to the bottom of a corrupt presidential administration. And it looks like the American people were happy to tune in for that.

We’ll have to wait and see how many came back for Friday’s round two with former Ambassador to Ukraine Marie Yovanovitch, which did, arguably, have a lot more “pizzazz” to it. Again, not that that matters.

(via Vulture, image: Chip Somodevilla/Getty Images)
Want more stories like this? Become a subscriber and support the site!