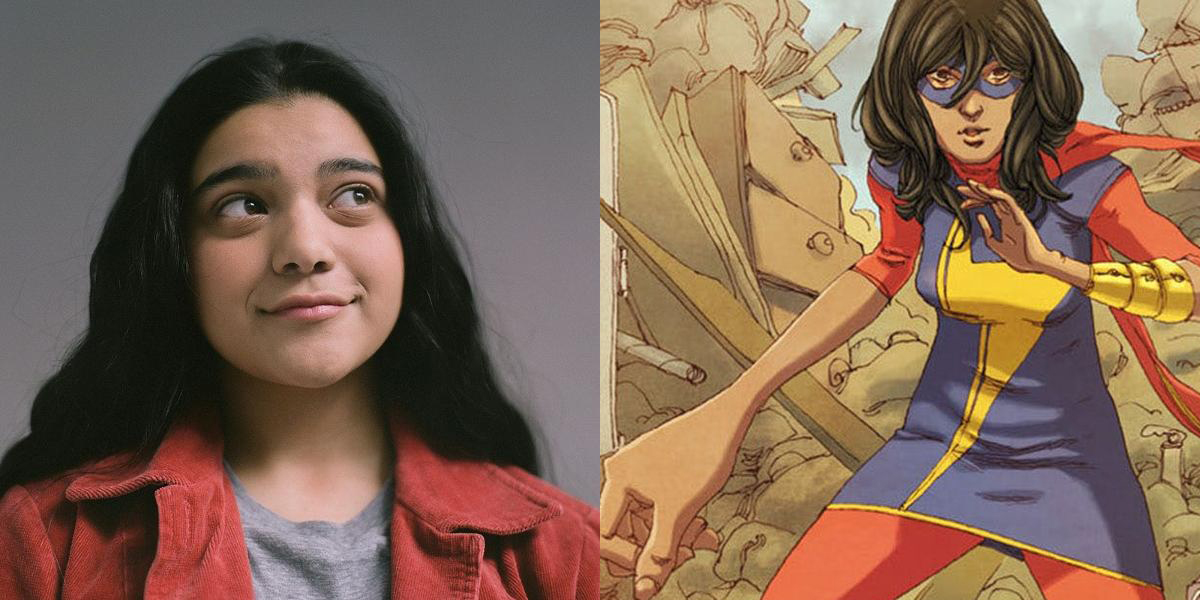 She’s young, she’s strong, and she has her own Disney+ show. I’m talking about Iman Vellani, who was announced as playing Kamala Khan in the Disney+ series Ms. Marvel.

According to Deadline, the young actress will be making her breakout debut as Kamala Khan in the Disney+ series. The character, who will be the first onscreen Muslim hero for Marvel, is a Pakistani-American teen from New Jersey who can stretch her limbs and shape-shift to take on whatever foe lies before her.

Ms. Marvel is being showrun by Bisha K. Ali and recently named Adil El Arbi and Bilall Fallah, Sharmeen Obaid-Chinoy, and Meera Meno as directors on the project. What’s great about this casting in particular is that it wasn’t about getting a big name to play Kamala; it was about staying true to who the character is and why we all love her so much.

And that’s what they did with Iman Vellani! The internet erupted into excitement for the character and the young star when the casting was announced.

I just saw they cast Ms. Marvel and legit got teary eyed.

Congratulations Iman Vellani! Your work is going to mean so much to so many people, myself included. I can’t wait.

This kid’s about to change the world. Ms. Marvel’s gonna be a cultural reset, mark my words. https://t.co/2SSAqOo6YT

WE FINALLY GOT OUR MS. MARVEL IMAN VELLANI 🥺 pic.twitter.com/NOugQrEflL

We have our Kamala Khan. I repeat, Ms. Marvel is finally here! 😭❤ pic.twitter.com/AqJ1UKCLZb

mcu stan twitter waking up from the dead to protect iman vellani the new ms marvel no matter what cost pic.twitter.com/Y6apIFYRz7

I cannot wait to see what Ms. Marvel and Iman Vellani have in store for us because more Kamala Khan is wonderful in my book!