Imagine Me & You Still Delights Me Even After Sixteen Years 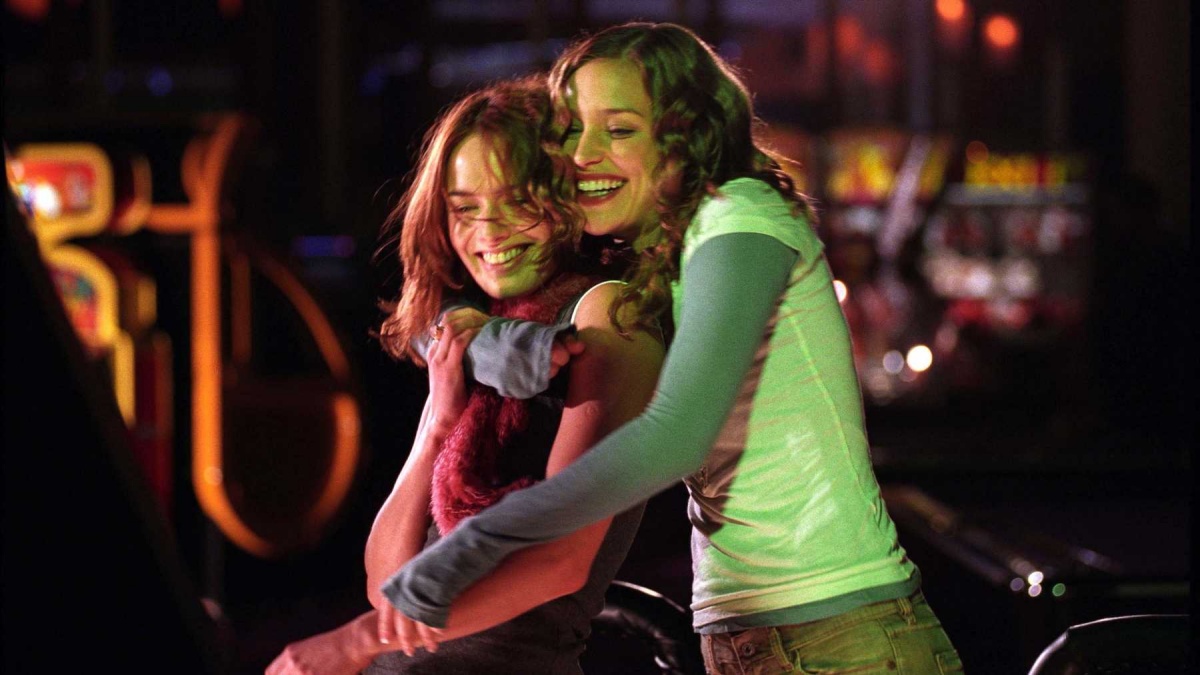 Now we seem to be awash with films about two white queer women being in love, with anywhere from amazing to meh chemistry, but back in the early 2000s, there certainly were not as many. I was in college when this film came into my life and it has remained solidly in my heart ever since: Imagine Me & You.

Starring Piper Perabo and Lena Headey, the film is about Rachel (Perabo) and Luce (Headey), two women who meet and have an instant, magnetic attraction to each other. The problem is they meet at Rachel’s wedding to her longtime best friend Heck (Matthew Goode). The universe keeps pushing their love-at-first-sight dynamic up against the constraints of this once picturesque relationship.

When I sat down to rewatch the film recently, I did truly expect to be more turned off by the premise. After all, emotional affairs are not great, plus the bisexual stereotype of being “greedy” is rooted into a lot of those stories. But frankly, Ol Parker (Mama Mia), who wrote and directed the film, writes every character with great amounts of empathy.

It would be very easy to make Heck a boring, unfeeling partner or hyper-sexualize the attraction between Luce and Rachel, but instead, everyone is just a good person stuck in a really shitty situation. It is clear Rachel and Heck have a sort of domestic bliss they have ridden the wave of for the majority of their relationship. I am sure they would have probably had a happy, long marriage, but Luce is “the one” for Rachel.

One of the best things I find between Luce and Heck is that they are very similar. One of the things that both of them do is show a lot of kindness and empathy to Rachel’s much younger sister, H. Luce gets pulled deeper into the orbit of Rachel in part because of that sweetness and empathy.

Neither Rachel nor Luce pursue the other; they just keep getting pulled into each other’s way, and while Luce being gay is addressed early on, it is not seen as an issue. Which is great.

Even when the two finally kiss, it is interrupted by Heck accidentally, and Rachel feels overwhelmed by her feelings because in the end, this is wrong. Luce understands and attempts to take herself out of the situation. Rachel confesses to Heck, and he decides to move out of the way, despite his own sadness, because he loves Rachel and wouldn’t want her to stay just because he’s good.

The emotional climax is super clichéd and cheesy, but it’s sweet, with the two women reconnecting during a traffic jam and running to each other as “Happy Together” plays. End credits scenes show us that all the characters, including Heck, are doing well, with Heck meeting Angel Coulby and potentially falling in love with her.

Looking at reviews for the film, the Rotten Tomatoes consensus was “Aside from its lesbian theme, Imagine Me & You can only offer more of the same generic rom-com cliches,” in comparison to the 74% audience favorably.

This makes me laugh because I think now we understand that it is the “lesbian theme” that is important to the film—if it is being normalized, if it is about love and romance, if it is problematic. I felt a lot more joy in watching this film because while the cheating element isn’t great, it was nice seeing it not being either a traditional coming out story or inherently a gayangst story—just a love connection with bad timing that ends up working out, without turning anyone into a bad person.

Plus, Anthony Head is in it as Rachel’s dad, and he’s delightful.
 
(image: United International Pictures)