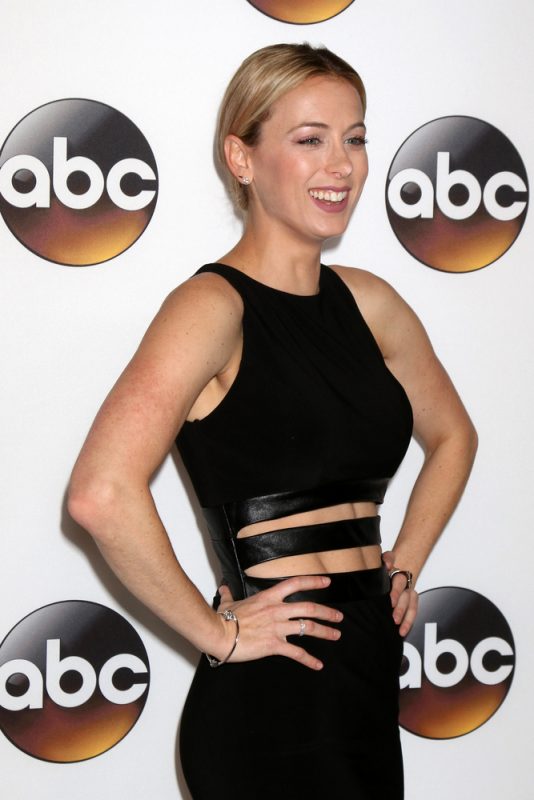 The level of entitlement certain men feel about being able to do whatever, whenever is astonishing. Comedian Iliza Shlesinger’s current comedy show, “Girls’ Night In,” has been advertised as “No Boys Allowed.” Cue the dude buying a ticket to said show only to be mad when he’s not allowed to stay. He’s now suing Shlesinger for discrimination. Because “reverse sexism” or whatever. *sigh*

Most men get it. Most men understand the need for women-only spaces in a world that has historically shut women out. And then there’s George St. George (is that his real name? Did his parents hate him?), who filed a law suit against Shlesinger because her no-men-allowed comedy show was supposedly in violation of California’s anti-discrimination law.

As reported by Jezebel, “St. George bought a $30 ticket to Shlesinger’s November 13 show in Los Angeles, specifically advertised as “No Boys Allowed.” When St. George and his male friend arrived at the performance, they were at first assured they could sit in the back row before being denied admission altogether and generously offered a refund.”

The best part? This isn’t the first time this has happened to St. George, because he has a history of specifically going to all-women shows just to start this shit. St. George and his lawyer, Alfred Rava, have filed over 150 “sex discrimination” lawsuits against businesses in California over 12 years. By the way, Rava used to serve as the secretary of the National Coalition for Men, an MRA non-profit that advocates for men against the issues that “plague” them. Like women doing stuff without them.

Doesn’t he know that being a secretary is women’s work? /sarcasm

Now, there have been cases like these that have been successfully argued. For example, in 1985 the California Supreme Court ruled in Koire v. Metro Car Wash that “ladies’ night” discounts violate California’s Unruh Civil Rights Act, which prohibits businesses from discriminating based on religion, race, sex, medical condition, sexual orientation, marital status, or disability.

However, decisions like this are just as likely to be argued in the opposite direction depending on the interpretations of the judges sitting on the bench (which is why what judges we elect are so important). It can be argued that the spirit of the law is more important than the letter of the law in certain cases. It can be argued that the reason why a law like the Unruh Civil Rights Act exists is to protect marginalized people, based on the categories named above, and that white, cisgender, straight, able-bodied men are not a “protected class” since they have always been protected by the law, both on paper and in practice, anti-discrimination laws or no.

It can be argued that “ladies’ night” discounts exist, because women get paid less, and so need a discount to be able to have fair access to the same goods and services men do. It can be argued that “ladies’ nights” and “women-only” events in general exist, because women have historically felt unsafe around men in a way that men have never felt around women, and so have the right to create those safe spaces for themselves and have them protected.

The point is, St. George targeted Shlesinger’s show precisely because it was a “women’s only” show, which is in itself a discriminatory act. He wasn’t “surprised” when he got there and made a “poor victim” of discrimination. He went there with a male friend specifically to be turned away so that he could file a suit. Against a woman. For being a woman.

If he and his lawyer want to know what real discrimination looks like, they need only look in a mirror.