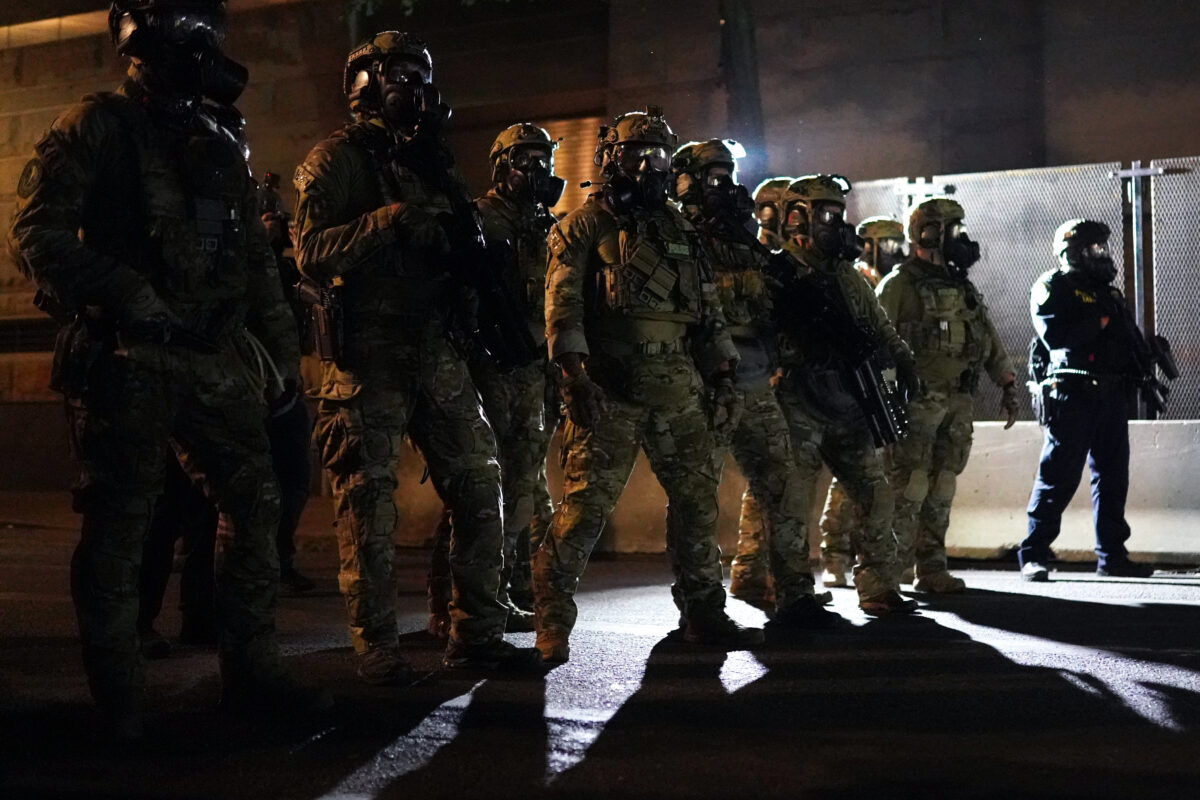 ICE agents don’t want to be called Nazis, apparently. In a story out today from Newsweek, diving into the new Netflix series Immigration Nation, which debuts Monday many of the ICE (Immigration and Customs Enforcement) agents that were interviewed and followed for three years for the documentary express how very very hard it is for them to get called names like “Nazi” and “racist.” They don’t want that to happen, to which we offer the following simple solution: Stop acting like racist Nazis!!!!

“To be called a Nazi, you know, a racist, you know, it’s just ignorant. It’s ignorant,” says one ICE agent, after lamenting that he loves his job—the job where he has to separate families, imprison children, and work for an authoritarian motivated by hate and racism … kinda like the Nazi soldiers did.

The story, and documentary, go into the practices of ICE under Trump, where they are encouraged to take more “collaterals” into custody—meaning when they make a targeted arrest or are there to take one specific person into custody, they are directed to take in everyone there that they can find who is also undocumented. This practice has resulted in a huge surge in undocumented people taken into custody.

Some agents in the series boast about how many people they arrest, while others refuse to take in collaterals. All of them, however, probably feel like those names they object to being called are unfair because they’re “just following orders” or just “doing their job”—which, as you may remember, was a famously rejected Nazi excuse.

“Now, the administration has changed, and we’re finally able to do our job,” one agent said. “To be honest with you, I honestly still cannot believe that he’s our president. It’s the best thing and the worst thing that could have happened to us.”

Celebrating that you have permission to “do your job” and round up non-white people? Sounds a lot like something a Nazi would say.

At the Nuremberg Trials of captured Nazis after WW2, several defendants used the defense “Befehl ist Befehl” (an order is an order).

Most people know only like four things the Nazis said, and “I was only following orders” is five of them https://t.co/GduJjiwEGO

In an effort to distance themselves from Nazis, ICE agents invoke the . . . checks notes . . . Nuremberg defense. https://t.co/nluCEfH6ra

And for any agent that feels hurt by this comparison: tough. You may have a job, but you also have free will. At any point, you can avoid that comparison by no longer doing the things that make it a valid one, rather than relying on an excuse that just strengthens it. Yes, I get that you may have a family to feed, but I think it’s reasonable to expect you to figure out an alternative when the job supporting your family is tear apart other families.

If working for ICE is more important to you than human rights, then you might be a Nazi. And if your only defense for committing indefensible acts is “I was just following orders,” congrats, you’re a Nazi and a coward.