If Groupon Was Acquired By… [Infographic] 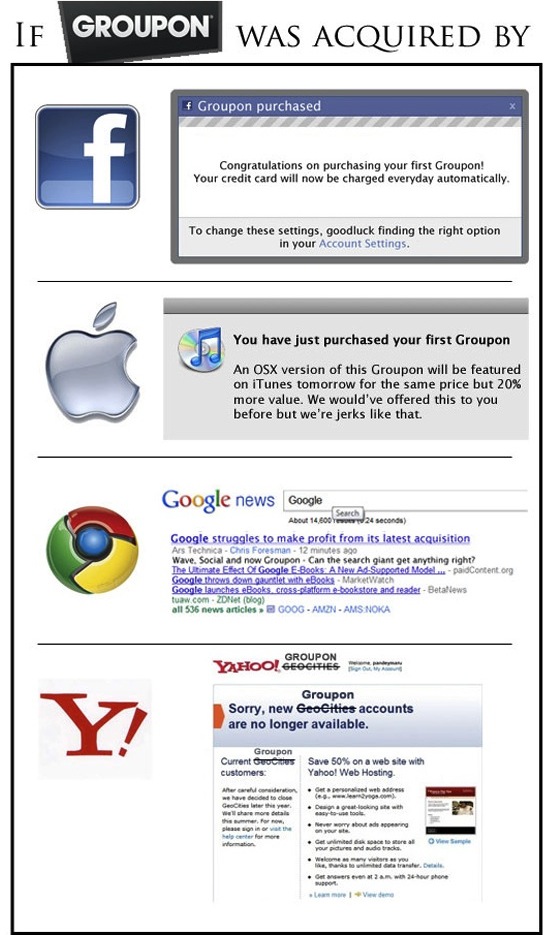 We largely passed on reporting on last week’s Big Tech Rumor Story: Deals site Groupon was allegedly talking with Google about being acquired. Early reports valued the company at $2-3 billion, later revised to $5-6 billion; ultimately, though, Groupon walked away from the money, staying independent. (The fact that they reportedly make $800 million in annual revenue, distinguishing them from many a cashless online startup, no doubt played into their decision.) We passed on the story because the rumors weren’t really substantiated, and whether or not they were leaked by Groupon to aid in their negotiations, as has been speculated, they certainly seemed to have that effect.

In the humorous infographic above (found on TechCrunch), Azhar Bande-Ali imagines how four of the hot tech firms rumored to be in talks with Groupon would have incorporated it into their respective businesses.