Researchers Can Determine Who Filled in Bubbles | The Mary Sue

Researchers Can Determine Who Filled in Bubbles on Tests and Ballots 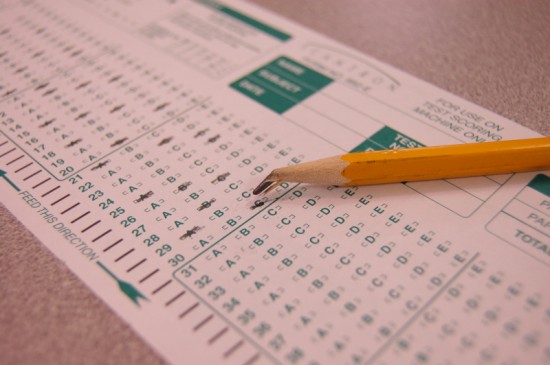 Hand writing analysis, though an imperfect practice, has proven to be a useful tool in determining identity and weeding out counterfeit documents. Researchers at the Center for Information Technology Policy at Princeton have taken the idea one step further, and developed a way to determine people’s identity not from their hand writing, but how they fill in bubbles on tests or ballots.

The crux of the research is that the stroke patterns people use to fill in the bubbles on scantron-like forms carries unique information. To test their theory, the researchers used analytical software to look at some 804 features of how each bubble was filled. Will Clarkson, one of the researchers, wrote on his blog about the process used in the experiment.

To test the limits of our analysis approach, we obtained a set of 92 surveys and extracted 20 bubbles from each of those surveys. We set aside 8 bubbles per survey to test our identification accuracy and trained our model on the remaining 12 bubbles per survey. Using image processing techniques, we identified the unique characteristics of each training bubble and trained a classifier to distinguish between the surveys’ respondents. We applied this classifier to the remaining test bubbles from a respondent.

According to Clarkson, if people were truly random in how they filled in each bubble, their trained analytical software would have only been correct 1 out of 92 times. Instead, they claim to have achieved a 51% success rate. Even when the program doesn’t hit the mark, 75% of the time the correct answer is within the program’s top three picks, and in the top ten 92% of the time.

While not a hard and fast methodology for determining identity, it does open the door for some interesting situations. The security of exams, for instance, could be greatly increased since the technology all but eliminates the possibility of someone having a ringer take the test for them. This technology could also determine if more than one person contributed to a single test.

Beyond academia, this technology presents some thorny issues for electoral politics. Some ballots have voters fill in bubbles to mark their choices, and sometimes images of those ballots are released to the general public. It’s possible that this technology could be used to glean the identity of voters from their votes. For situations where anonymity is paramount, the researchers suggest using ink stamps.

Though the idea of still yet another way to track people’s identity and make the secret public may be nerve wracking, this research will probably end up granting some peace of mind to everyone. Thanks to this research, a potential weakness in commonplace technology has been found (hopefully) before it could be exploited for nefarious ends.

(Discover, Will Clarkson, image via Fort Worth Squatch)