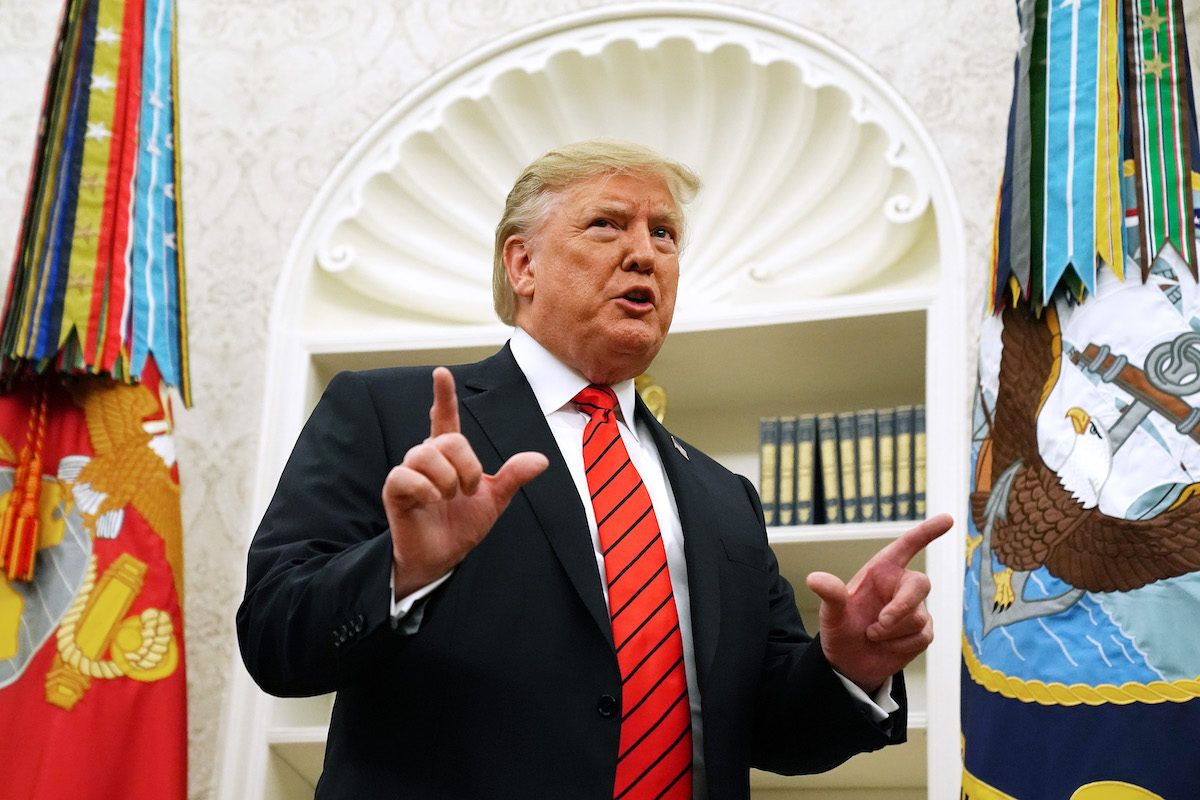 We know that Donald Trump lies. He lies a lot. He exaggerates, rewrites history, and repeats false statements if they make him look good or his opponents look bad—at least, if he thinks they will. There are fact-checkers and a lot of Democrat lawmakers will call him out on the big lies, but usually, when he says something untrue, he’s met with silence and tacit approval from Republicans and those who work for him.

But in a rare move, the Office of the Inspector General Intelligence Community (ICIG) has issued a formal correction of one of Trump’s recent lies.

In a multi-day Twitter rant over impeachment proceedings, Trump repeated a lie that he likely heard on Fox News, which originated at The Federalist. The outlet wrote that whistleblower laws mysteriously changed right before the Trump/Ukraine complaint was filed. Previously, they said, whistleblowers would have to have firsthand knowledge of the incidents they were reporting, rather than just credible secondhand accounts. As we discussed yesterday, this is not true, but that didn’t stop Trump from repeating the lie, because he doesn’t know any more about how government works than your uncle’s Facebook memes do.

The ICIG (which is headed by a Trump appointee) didn’t actually mention Trump, his tweet, or The Federalist’s lie, but the agency published a news release today that is clearly intended to refute them.

The root of the confusion seems to be a bureaucratic issue, combined with the rightwing outlet’s shoddy, agenda-driven reporting. Apparently, the form the whistleblower filed stated that firsthand information was required to make a complaint, but the actual law says no such thing.

The office has clarified that “in response to recent press inquiries regarding the instant whistleblower complaint, the ICIG understood that certain language in those forms and, more specifically, the informational materials accompanying the forms, could be read – incorrectly – as suggesting that whistleblowers must possess first-hand information in order to file an urgent concern complaint with the congressional intelligence committees.”

Moreover, they say that even if they didn’t need it, the whistleblower does, in fact, have firsthand knowledge of the issue they described in the official complaint (even if they weren’t a direct witness to the specific phone call), and he or she made that clear on the form.

But because habitual liars don’t care about facts, The Federalist has doubled down on their original false claim and Trump is still spreading all kinds of misinformation. Check out today’s big one:

This sort of electoral map is ridiculous because, as the Washington Post notes, “for the 100th time, land isn’t alive and doesn’t vote.” Also, his map of the 2016 election results is just plain inaccurate. It seems to be from earlier on election night, before all the results were totaled. (ETA: There are other reports that it is not from election night at all, but rather from … nothing at all, just made up entirely.)

So, like many of Trump’s lies, it’s both wrong, factually, in its specifics and misleading in a larger general sense.