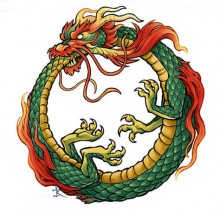 News surfaced yesterday that the Icelandic Volcano eruption is not only refusing to abate, but that it might also spark further volanic eruptions nearby.

A volcano in southern Iceland has erupted for the first time in almost 200 years, raising concerns that it could trigger a larger and potentially more dangerous eruption at a volatile volcano nearby.

Video of the exchange after the jump:

Mediaite’s Colby Hall has also penned the mock script to an inspired, Jerry Bruckheimer-like trailer around the volcano events: All disaster movie geeks should head over and check it out.

VO: In a world gone mad with creature comforts and man made spectacles…no one expected that the end of days would come from deep within the earth. (Pause) No one that is, except Dr. Hank Portnoy.

VO: From director Jerry Bruckheimer, a new movie about the last days on earth and the rebellious Doctor who tried to save the world…

Portnoy: Sweet Jesus! Can’t you see?! That volcano in Iceland isn’t working alone…there are other volcanoes just waiting to erupt!

What happens next? Find out at Mediaite.