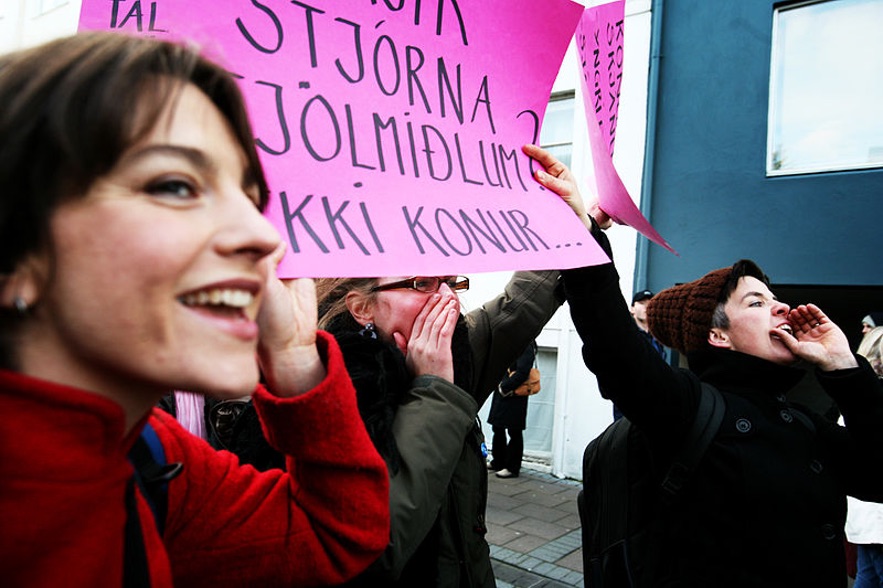 Iceland, like so many other countries, has laws and standards in place to make sure women and men are treated fairly and equally in the workplace. But as so many of us are aware, those laws don’t actually guarantee that that happens. When the Vice President of the United States can make a comment essentially saying women don’t have access to the same sort of interactions with him that men do, the sort of interactions that often lead to professional bonding, mentorship, partnership, or other workplace growth–that may not be in violation of a law (or, on the other hand, it very well may be), but it’s an impediment to professional equality.

It’s one thing to talk about closing the gender-based wage gap. But now Iceland has taken steps toward becoming the first country to make employers prove they pay their employees equally. The government passed legislation this week requiring employers to actually provide proof of fair gender practices. The country’s biggest companies and government agencies will have to undergo audits and obtain a “certification of compliance with equal pay rules.”

The same arguments we always hear are being used to protest the idea. You know, “let progress happen naturally,” or “big government something something.” Iceland’s Director General for the Confederation of Icelandic Employers said, “Companies should do this for their own benefit and the benefit of their employees. But it should not be legalized.”

Yes, of course they should do it for their own benefit and that of their employees, but the point is they don’t. Not really, not across the board, not until they’re forced. The country’s social affairs and equality minister said to that effect, “We want to break down the last of the gender barriers in the workplace. History has shown that if you want progress, you need to enforce it.”

And it’s not just about pay, either. (Although pay is a huge element. The New York Times reports that according to this legislation, “Employers must assess every job, from cleaner to senior executive, to identify and fix wage gaps of more than 5 percent.”) It’s also about representation of women in higher-level and male-dominated positions. Iceland’s Customs director observed, “There’s a tendency to look at work usually done by men as more valuable. This is technically a discussion of equal pay, but it’s really a question about equality in our society.”

There are a lot of issues at play here, and workplace equality is a complicated issue without a simple fix. You can pass guidelines or legislation, but without holding employers accountable to prove they’re living up to the rules, there’s little incentive for them to do the tough work. So this is a step in a potentially world-changing direction.