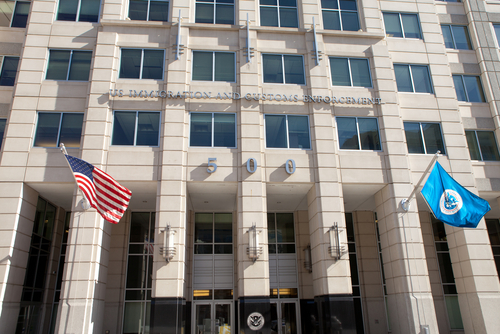 Immigration and Customs Enforcement continues to demonstrate their willingness to attack vulnerable populations today as they removed an undocumented immigrant diagnosed with a brain tumor from the hospital. Only referred to as Sara, the 26 year old woman complained of massive headaches and frequent nosebleeds while in custody at the Prairieland Detention Center. There, she was only taken to Huguley Hospital in Fort Worth, Texas after she collapsed.

At the hospital, she was diagnosed with a brain tumor, and even though she was scheduled to undergo brain surgery, she received no further treatment from the doctors at Huguley. According to Melissa Zuniga, a member of Sara’s legal team fighting for her release, the hospital “no longer wants to be in charge of her case because they’re getting hounded by calls and a potential lawsuit.”

What’s more, Zuniga says that even though Sara was cleared to have unrestricted phone access to call her mother, she was cut off from communication with her family and her legal time while in the hospital. Gillian Christensen, an ICE spokeswoman explained why, saying, “Requests by family members to visit detainees who have been hospitalized are permitted but must be approved in advance with ICE and the appropriate consulate. ICE reached out to the family to explain the process.”

Unfortunately, the Salvadorian consulate has been unresponsive regarding Sara’s case, and thus, communication with Sara has been difficult.

Upon discharge, Sara was given a CD with her medical records and information, and she was, according to The Hill, instructed to not turn it over to ICE. They took it from her anyway.

This move by ICE is just another in a long series, as the now-emboldened agency has ramped up operations to target undocumented immigrants. According to a report from Gothamist, Customs and Border Protection agents boarded a just-landed domestic flight at JFK airport to apparently search for a person under a removal order from ICE. They were there to assist ICE in their search and investigation, and they delayed de-boarding until they were sure the person wasn’t on board.

Don’t forget: New York City is a sanctuary city, and it’s no coincidence that CBP and ICE agents are effectively blockading entry into the city in this case. Tighter restrictions around travel are expected to ramp up as ICE and CBP bolster their numbers (even though it may be difficult to do that, according to NPR).