Pink’s Amazing VMA Speech (Or, Why I Wish Pink Were My Mom) 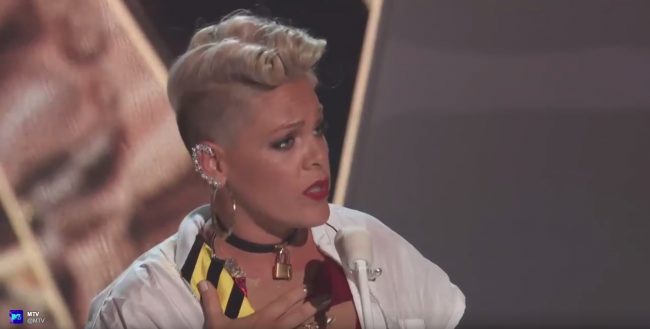 Don’t get me wrong, I love my own mom very much. Also, Pink and I are the same age, so it’d be, like, scientifically impossible for her to be my mom. But Pink gave us a little glimpse as to what an awesome mom she is to her daughter Willow in a speech at the VMAs last night.

Pink was there to receive the 2017 Michael Jackson Video Vanguard Award, and she slayed while performing a medley of hits from her 17-year (and counting!) career in music. However, it was her acceptance speech that really won the evening, as she primarily talked about her daughter (who stood watching rapturously alongside her proud dad, Carey Hart) and what she wanted Willow to know about being true to herself. Check it out here:

She tells the audience about a heartbreaking moment when her daughter, out-of-the-blue, told her on the ride to school, “Mama, I’m the ugliest girl I know.” When Pink expressed confusion, Willow continued, “Yeah, I look like a boy with long hair.”

Furious at whatever put that idea into her daughter’s head, Pink apparently made her daughter a PowerPoint presentation presenting her with images of androgynous rock legends and other famous folks—like David Bowie, Prince, Janis Joplin, Freddie Mercury, among others—who were unapologetic about the way they walked through the world and were hugely successful as they inspired others to be themselves.

She then used herself as an example in the part of her speech that really had me looking for adoption papers for Pink to sign so that I could join the family:

Mic. Dropped. I especially love that she told her daughter that by them living and expressing themselves the way they want to, they’re actually helping others by expanding the definition of what beauty is. And, I mean, look at this girl in her snazzy-as-hell suit. How is that not beautiful? 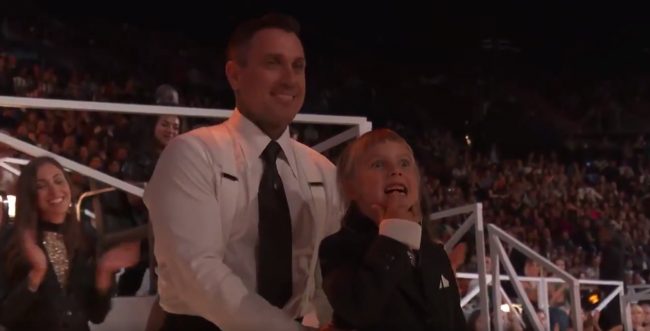 Pink went on to thank the musicians in the room for shining with their own personalities and methods of expression, saying that they “light the way” for us. So do you, Pink. So do you. And Willow is a very lucky little girl.