As I left my showing of I, Tonya last night in New York, it was hilarious to hear people talking about what they thought they knew about Tonya Harding and “The Incident” as the movie put it. While I, Tonya is a movie and things are of course going to be embellished for artistic reasons, the reality is that when it comes to the Tonya Harding scandal there has been a lot of misinformation about what happened.

Having been too young to really experience the Tonya Harding scandal in “real time”, most of my firsthand information came from rumors. What I thought happened for years was that Tonya Harding took a tire iron to Nancy Kerrigan’s knee before the Olympics. I didn’t realize otherwise until I watched the documentary 30 for 30: The Price of Gold. It was the first time I’d ever heard the details of the case.

Tonya Harding, was an extremely athletic, but unorthodox ice-skater from a rural background who did not conform to the pageantry illusion of the sport. As a result, despite being the first American female skater to land the triple axel, something that is incredibly hard to do, she was not the type of person who the ice skating world wanted to represent them in international competitions. So when her performances got weaker, it was an excuse to give her lower scores than contestants who played the act better and could be more consistent.

While it can be definitely said that Harding, both in the film and in real life, may play the victim and fails to take personal responsibility for being lazy at times when it came to her work ethic, it doesn’t erase the fact that Harding did have to deal with biases against her because of her background. She was told she didn’t play the right music, she didn’t have the right body, she didn’t have the right family type. Never mind she was being abused by her mother and husband. In most sports, coming from the bottom to be at the top of your field, even if for a short time, is considered an accomplishment. However, in female-led sports, appearance and having the “right” look tends to take precedence.

Concerning “The Incident” with Nancy Kerrigan, here is what we know: Shane Stant was hired by Harding’s ex-husband, Jeff Gillooly, and her bodyguard, Shawn Eckhardt to break Kerrigan’s leg. At this time Tonya was readying herself for a comeback. After placing fourth in the 1992 Olympics and failing to qualify at all in 1993, she was training hard to get in shape and prove herself.

Stant followed Harding and her entourage to the National Championships in Detroit, then struck Kerrigan’s leg above the knee with a telescopic baton when she got off the ice after her performance. Her leg was only bruised, not broken, but the injury forced her to withdraw from the championship, and Harding won that event. She and Kerrigan were both selected for the 1994 Olympic team. How much Harding knows has been up for debate. According to her, she knew that they were planning something, but didn’t know what and felt threatened by her husband. The film paints the situation that she knew her husband and Eckhardt were going to send some threatening letters to Kerrigan, but wasn’t really paying attention and didn’t think they were competent enough to do it.

Regardless, after bombing at the 1994 Olympics she received three years probation, 500 hours of community service, and a $160,000 fine. She was also forced to withdraw from the 1994 World Figure Skating Championships and resign from the United States Figure Skating Association. She was banned from ice skating and stripped of her titles.

The thing that struck me about what happened to Tonya Harding in the larger realm of sports, crime, and punishment is that whether you see Harding as a victim of her circumstances, or as an accomplice in this crime: her punishment is more severe than men who have beaten, raped, or even killed their wives. And I’m speaking in terms of being banned from the sport for life, or having past titles stripped, when this generally doesn’t happen to men. Obviously, whether someone is arrested and criminally charged is up to the police and the legal system.  However, the USFSA decided to strip her of her titles and make her a blight in the industry so that she couldn’t skate in any area, even though she arguably made skating more popular. Again, in an industry where men who’ve done much worse are merely suspended.

O.J. Simpson didn’t lose his Heisman Trophy after his murder trial and or his following conviction in the civil case. In fact, he ended up selling it to pay his legal fees.

Michael Vick was involved in illegal dog fighting and still signed with the Eagles after his sentence was served and now works for Fox Sports.

Bruno Fernandes de Souza, a Brazilian soccer star, who organized the murder and dismembering of his ex-girlfriend and mother of his child, with some of her body parts being fed to dogs and buried in concrete is returning to soccer. De Souza was signed to the team Boa Esporte, who said in a statement according to CNN that de Souza “deserves a new opportunity as a professional.”

Ray Rice was suspended and then reinstated by the NFL after making an appeal despite knocking his wife unconscious on camera.

Despite being a known domestic abuser, Mike Tyson has been allowed to box again and has reinvented himself as a family-friendly face.

Meanwhile, Tonya Harding was banned and stripped her titles for maybe being involved with this plan. Most male athletes are allowed to skirt the law as long as they are winning games and physically capable. They have people in her corner who will advocate for them because what matters, in the end, is winning.

This morning in an interview with Piers Morgan, Tonya Harding threatened to walk off the interview because Morgan was trying to say that Nancy Kerrigan was the “real victim” and Tonya Harding was just playing the victim. “Maybe it suits you to play the victim, but the victim in all this wasn’t you, it was Nancy Kerrigan who had her Olympic dream shattered,” says Morgan…even though this last statement is not true, Kerrigan won the silver.

Well here is what I have to say: Nancy Kerrigan and Tonya Harding can both be victims.

The Nancy Kerrigan/Tonya Harding scandal reminds me in many ways of the Amanda Knox case, where there was a narrative that was being promoted of the “good girl” and “the bad girl” which the media bought into because it was a hot story despite the reality. Nancy Kerrigan wasn’t some WASP princess, she came from a working-class background like Harding, but the difference is that Kerrigan sold the illusion better and had a much more supportive home life. What happened to her was traumatic and uncalled for, but at the same time, there has been a lot of myth-making. Even earlier today I saw an article in the Mirror with this sentence:

But she was banned from competing for life in 1994 when her ex-husband attacked her competitor Nancy Kerrigan with a crowbar – and she pleaded guilty to hindering the prosecution. (emphasis mine) 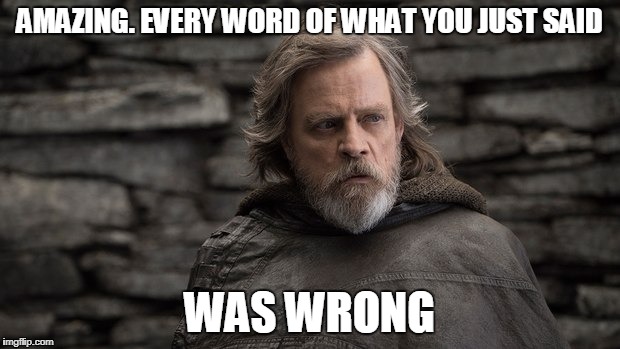 One of the most compelling things about I, Tonya is how they show the cycle of abuse passing on from Tonya and her mother to Tonya and Jeff.

That, coupled with the depiction of how incompetent the police were in handling domestic violence. Despite Harding having called the police and put restraining orders on her husband, the police did nothing to protect Harding from Gillooly. In one particular scene, Gillooly goes to her hotel room despite a restraining order and almost shoots her. They then drive to…maybe a hospital, and Gillooly is stopped by the police. Despite the two guns, the booze, and the blood on Harding’s face, Gillooly wasn’t arrested.

Harding takes this moment to address the audience and says, “This is why I don’t trust cops.”

I don’t think we need to put Tonya Harding on a feminist pedestal, or not be critical of the role she may have played in “The Incident.” That’s not helpful to anyone. We don’t know for sure and may never know. It is possible that we may find out more information in a few days when a new interview airs on Jan 11th on ABC at 9pm. If nothing else, it’ll be hotly debated.

However, it is worth asking why it is that Tonya Harding has only now been able to start going on her redemption tour when men have been doing it for years? Why is she banned for life when others barely get jail time? Why do we have to make Tonya or Nancy the hero/villain?

I, Tonya doesn’t make Harding into a perfect victim, but she is a victim all the same.