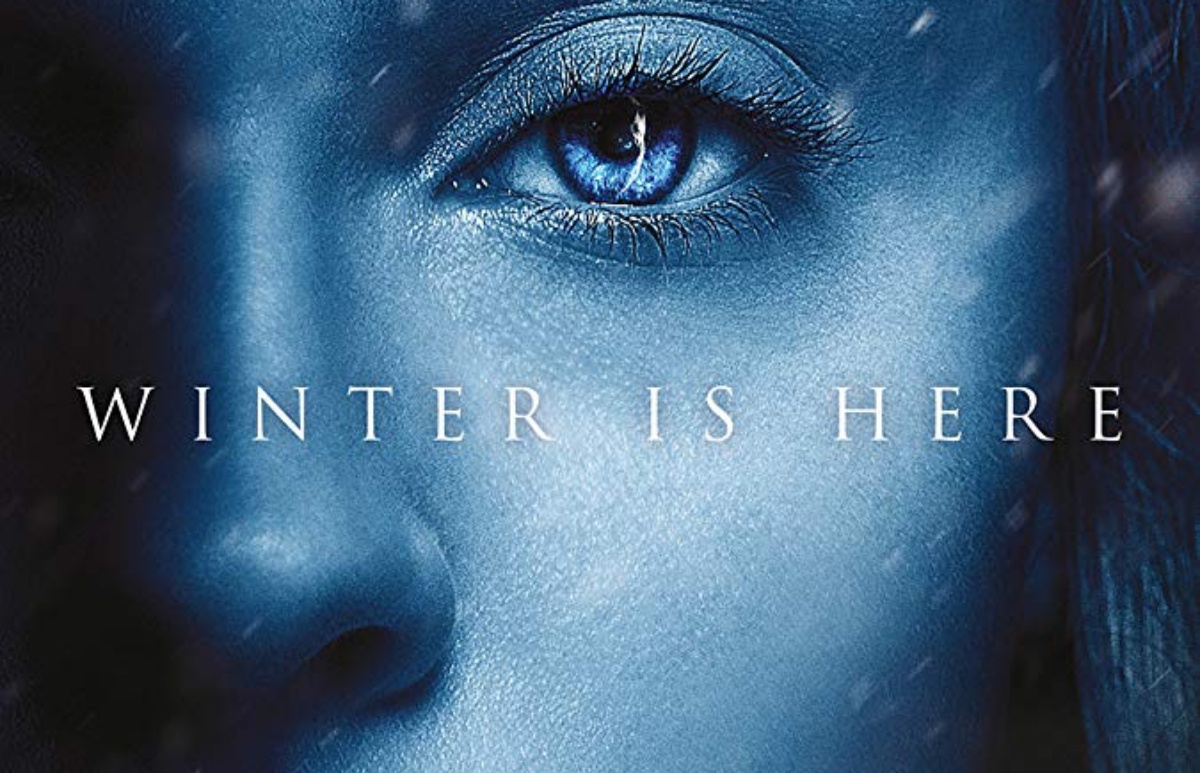 Over the weekend, during the Golden Globes, we got our first real first look at Game of Thrones’ return in April. The scene showed Sansa Stark meeting Daenerys Targaryen, being introduced to by Jon Snow. Sansa tells Dany, “Winterfell is yours, Your Grace,” with such deadpan inflection that Cersei would be proud.

Of the little we have seen from the two teasers, both have focused on Sansa’s reaction to the new Jon/Dany dynamic which, as watchers know, ended in secret aunt/nephew intercourse as Tyrion looked longingly at the bedroom door. (Ugh, why?) This small focus on Sansa may not be indicative of her role in the season, but as someone who has lasted from the very beginning of the series, all I know is that if Sansa doesn’t make it to the end of the series, I’m going to be pissed.

Yes, Sansa is my favorite character, but that doesn’t mean I think all my favorites should live. I think death is marked for characters like Arya, Jaime, Cersei, Sandor, and maybe Dany. However, when it comes to Sansa, I think her narrative purpose is to survive and rebuild the society that comes up from the ashes.

From the very beginning, Sansa has been set up as the classic princess ingenue wrapped up in ideals that were taught to her by parents who wanted to keep her innocent to the world. In the trappings of her femininity and position, Sansa felt safe, but as we know, it was a false sense of security. The Baratheon-Lannister faction was not made up of the regal leaders from her stories, and the execution of her father and subsequent hostage situation worked to change all of that.

During her time at King’s Landing, Sansa learned how to survive, find safety in her own faith, and stay true to who she is, all while learning to smile when necessary and never let people know what she was thinking.

Despite the physical, sexual, and emotional abuse that she was subjected to, it made her kinder and wiser. No longer was she just a girl watching from a distance; she was a leader. During the previous season, we got to see Sansa ruling Winterfell with wisdom, rationality, and the knowledge of what makes a good leader different from a cruel leader.

As Jon leaves to go do … his thing, Sansa figures out how to prepare Winterfell for whatever comes next by getting grain supplied and making sure the soldiers will be well clothed. It is a fantastic evolution for a character who was considered by many to be stupid—especially when she teams up with her sister to take down Littlefinger, the man who essentially started all of this.

That’s why it would be so awful to see Sansa die—not just because I like her, but because it would be deeply unsatisfying to watch her journey go on such a trajectory only for it to end with an unceremonious death by White Walkers. Jaime, Cersei, Sandor, and even Jon and Dany have stories that would naturally end with their deaths. Jaime and Cersei have that prophecy to deal with, Sandor has to die in combat with his brother, and I doubt that both Jon and Dany will be able to sit on the throne together or live with what they’ve done. Their paths are set.

Sansa has never had a set path. She has always evolved and changed with whatever she needed to do to survive. In the books, she even lives as a bastard non-noble, so she can go without finery. She’s the ultimate survivor, and damn it, she should live. She’s earned that more so than most and has had to some of the most intensely emotional and physiological development of the cast. She didn’t become a faceless man; it doesn’t make her ability to shape shift any less notable.

I love Sansa. She’s one of the most important characters I’ve come to love in the “modern era” of my life. I love her because she was one of the first characters I gravitated towards who was feminine and challenged me on a lot of my own biases of what makes a great female character. Her POV chapters are some of my favorites, and I have always admired her for being this beautiful, compassionate, strong woman who went from porcelain to steel. I’m glad she’s made it this far, and damn I hope she makes it.