I Loved the Effortless Queerness of Netflix’s The Old Guard 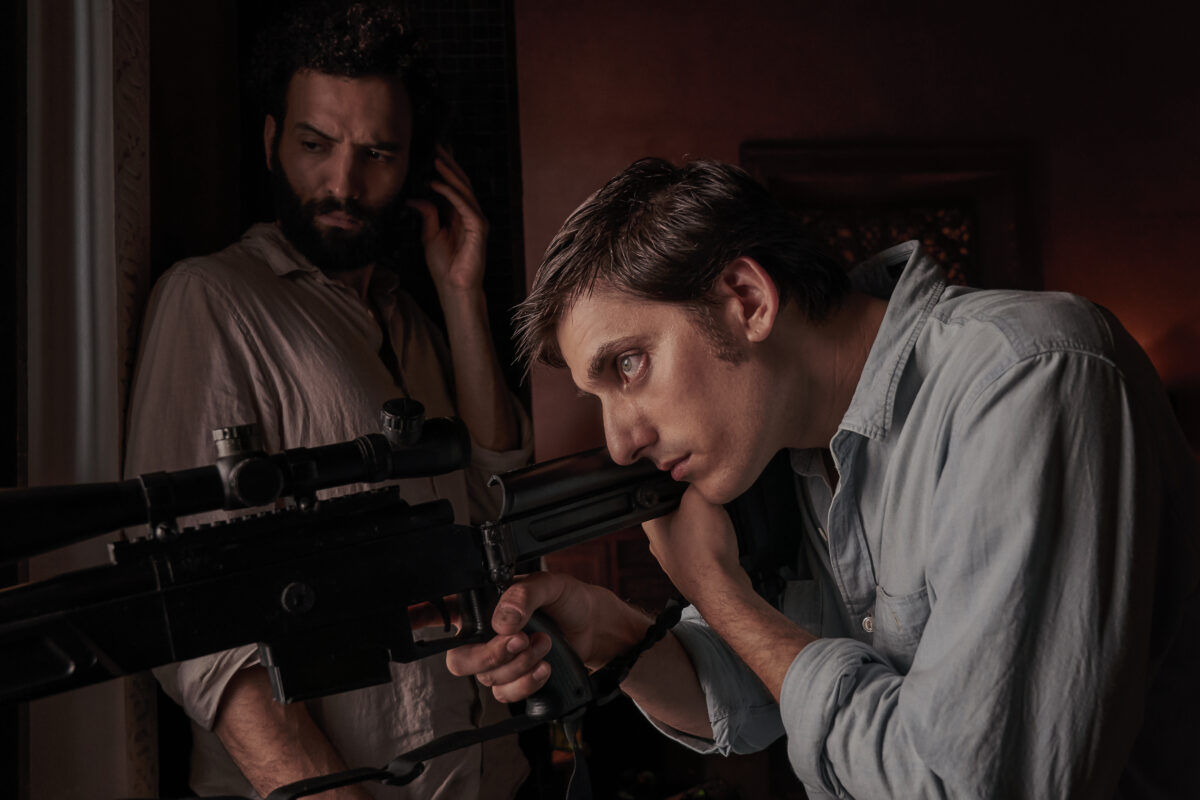 The Old Guard, released last Friday on Netflix, is awesome. The action is amazing. The story is tight, emotional and engrossing, and Charlize Theron has proven that she was the perfect person to cast to speak the line “I was worshipped as a god” because, heck, if you’re not worshipping her, what are you doing? But one of my favorite parts of the movie was its queerness. From a beautiful love story between two men to Andy’s seemingly fluid sexuality, it was a wonderfully gay movie that proved there’s ample room for queer stories in any kind of film.

When watching the trailer for this movie, my immediate thought, upon seeing that the band of immortals fighting the good fight for centuries was made up of Charlize’s Andy and three men, was “Gosh, I hope they’re gay. Wouldn’t it make sense for at least two of them to be gay?” And it turns out I was more correct than I ever could have dreamed.

The characters of Joe (Marwan Kenzari) and Nicky (Luca Martinelli) are a couple who have been in love for over a millennium, having met trying to kill one another in the crusades in the 11th century. As Joe explains in an impassioned speech, midway through the film, they are more than boyfriends. They are everything to one another, and it’s so romantic and so beautiful, and for me as a queer woman, it meant so much to see this in such a big action film.

The Old Guard doesn’t revolve around Joe and Nicky’s love story, but it’s hugely important, even so. The fact that they have one another is pretty clearly what’s kept them sane and compassionate over the centuries, while Booker (Matthias Schoenaerts) has become bitter and lonely. It’s very hard to develop tension when most of the main characters in a movie can’t die, but when Joe and Nicky are captured and watching each other suffer, that’s drama! Their relationship is essential to the movie.

But it’s also treated so matter-of-factly. They’re immortal beloveds, yes, but they’re also incredibly badass and competent, but also loving and caring. The fact that they are gay isn’t a revelation, it’s just so much who they are that it’s not even really a spoiler just to say they’re gay. They add so much to the movie and they make so much sense.

So too does the more subtle queerness of the character of Andy. Unlike with Nicky and Joe, Andy’s relationship with her lost fellow-immortal Quynh (Van Veronica Ngo) is not explicitly queer (there’s no kiss or declaration of romantic love), but it so clearly is a deep, profound relationship between two women over centuries—two women who were committed to facing any challenge together … and were separated in the most terrible way. The depth of that relationship and what it means will certainly be something I want to see more of in an inevitable Old Guard sequel.

Andy has been alive for thousands of years, and she’s clearly lived hard and enjoyed all the pleasures of life in between swinging that glorious labrys of hers. It makes sense that she’s been with women and men, just as much as it makes sense that Joe and Nicky are in love. (And yes, I’ve seen Bound and I’m a gay woman that likes weapons, so I did instantly clock the labrys as a symbol of queer sexuality.)

The Old Guard is a truly refreshing movie on so many levels. The cast and characters are wonderfully diverse; we have women and men of color in front of the camera and, perhaps most importantly, behind it, with director Gina Price-Bythewood. We have a spectrum of queer representation and possibilities, as well. This isn’t surprising, given that the original comic and screenplay are both by Greg Rucka, who has written many queer stories, including his amazing run on Batwoman.

I hope that Hollywood sees this movie, sees the queer characters that populate our television shows and our real world, and finally gets the hint that LGBTQ representation has a place in all movies (and not just with queer-coded villains). The Old Guard is inspiring just in how easy they make it look, and that’s because it really is easy just to include these kinds of characters.

And, finally, in conclusion, Charlize Theron can hit me with her labrys any time she likes.