I Dated Christian Grey: How Women Are Groomed For Abuse | The Mary Sue

I Dated Christian Grey: How Women Are Groomed For Abuse 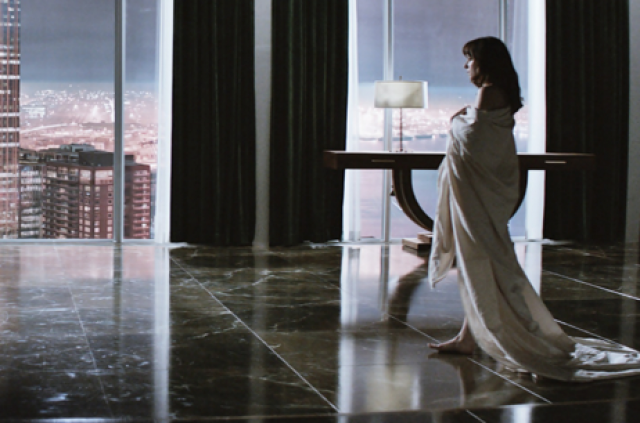 I met him my sophomore year in college. Tall, dark, handsome, popular, talented, articulate, and immensely charming, I formed a crush on him almost instantly. But, I knew to my marrow that someone like me could never be with someone like him. I didn’t move in his celestial spheres; I wasn’t worthy of his time or attention. I knew myself to be beneath him.

So, when in my junior year he began paying attention to me, I was more than flattered. I was grateful. I couldn’t believe that he wanted me—nerdy, dowdy, me. That gratitude propelled me into three years of verbal, physical, and sexual abuse.

He broke our engagement three months before the wedding; his only explanation was that he couldn’t trust me to be “properly submissive.” I had been willful, defiant, had disobeyed him in recent months, and because of that he would not bestow upon me the title of “wife.” In the religious subculture we came from, I had committed a grave sin when I told him he couldn’t treat me badly anymore, and in the view of most of my friends and leaders, I deserved to get dumped.

So, last night, when I saw Christian Grey strike Anastasia Steele for displaying frustration after he stole her car and sold it out from under her, everything inside of me cringed because I’ve been there. I’ve been Anastasia Steele. I’ve been swept off of my feet by what I desperately believed to be—but were not—grand romantic gestures.

But as I sat in that theater and experienced the film with a hundred other women, I was even more horrified by the fact that we were all being groomed for abuse.

In some ways, the film is an improvement over the books in that it removes the rape scenes, but in a way, those improvements make it all so much worse because the obviousness of the abuse has disappeared. What’s replaced it is possibly even more dangerous, because it’s easier to argue that what we’re being presented isn’t abusive—it’s romantic. When he shows up at her workplace after meeting her once and knowing nothing about her except her name and the school she attends, it’s not creepy that he stalked her, it’s sweet that he seems that interested in her. When she wakes up in a virtual stranger’s bed in clothes she didn’t dress herself in, it’s not a blatant violation of boundaries, he’s just being attentive. When she (perhaps jokingly? The narrative wasn’t clear to me) rejects his offer to be his submissive, it’s not disturbing that he breaks into her apartment, it only shows how much he desires her—after all, he brought wine.

What I found alarming about Fifty Shades of Grey was the overlap between my experience as an abuse victim and the specific way the audience was being conditioned to accept Christian as a romantic lead.

My abuser and I both read the Twilight series when we first began dating, and he immediately latched onto them. “See?” He assured me. “We’re just like Edward and Bella. That’s how I feel about you.” When I started planning the wedding, he approved of my “Jane Austen” theme choice because, after all, that was like their wedding. When he isolated me from my friends, he was just trying to take care of me. He was protecting me, just like Edward wanted to protect Bella from Jacob.

He also wanted to be my dominant. “It’s just the way I am. You have to accept this about me,” he said. He gave me the same ultimatum Christian gives Ana—accept my sadistic need to hurt people because I was hurt as a child, or leave, because this is it. This is all you’re going to get. It will be the way he wants it, exactly the way he wants it, or it will be nothing at all.

Fifty Shades of Grey does to its audience what Christian does to Ana and what my rapist did to me: it completely resets our expectations and what we believe to be acceptable. Christian makes it clear to Ana and to us that he is narcissistic, controlling, violent, and demanding, and we are not permitted to expect anything more from him. So, in the rare moments when he is genuinely sweet (with “eat me” and “drink me” cards next to ibuprofen and orange juice, with champagne served out of tea cups) the audience oos and awws. In any other context, those things would be sweet, even adorable. But, when Christian Grey does it, it takes on a whole new meaning because Ana—and the audience—is being graced with crumbs of normalcy as if we should be grateful for them.

Dakota Johnsons’ portrayal of Ana does something E. L. James’ version of her doesn’t quite achieve: she asserts herself. She’s smart, a bit of a smart-aleck. She talks back, she sasses. Which makes it all the more puzzling when instead of saying “uh, no, you are not going to spank me—DUDE YOU STOLE MY CAR” she behaves demurely and accepts his punishment for rolling her eyes at him. The audience cheered her on when she removes his hand from her waist and reminds him that she wants a business meeting. We were impressed the few times she stands up to him—awed, even.

And that should trouble us, because Ana isn’t doing anything we should consider remarkable. When she tells Christian what she wants and what she doesn’t want, she is being a normal human being establishing normal relationship boundaries and setting normal expectations. She is acting as any healthy adult would; but in the setting of her relationship with Christian, those completely normal responses become acts of defiance.

The danger in Fifty Shades of Grey is that it does what an abuser does: it makes us think that abuse is normal.