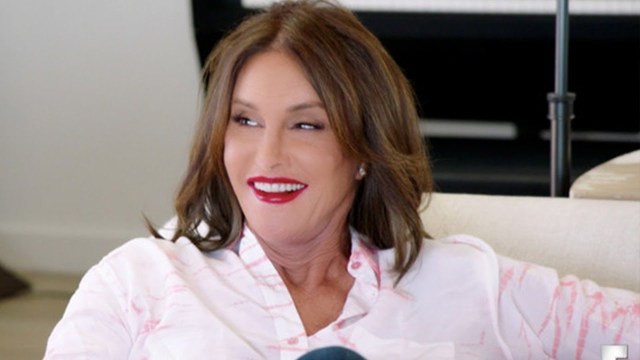 To me this was the least reality TV—but most real—of all the episodes that we’ve seen so far. We got a little slice of life into Caitlyn Jenner’s private world when all the parties aren’t happening. It was also very relatable, and I unexpectedly found myself nodding along in a couple of places and reaching for the tissues. There was no drama in this episode, despite the heavy-handed use of dramatic music to try to create the illusion of drama. You might find people writing less about this episode than any other.

As I Am Cait episodes are all themed, it didn’t take long to spot this week’s, because they say community about a thousand times in the opening five minutes. No, not the TV show, although it would be funny to have Troy and Abed on a couch talking about I Am Cait; I mean the transgender community and the wider LGBQ community. Throughout the show, we get a lot of discussions regarding if Caitlyn feels a part of the community. She’s hesitant at first.

I can see why she pauses; Caitlyn is isolated. Her family has been staying away from her, as have her male friends. I can relate to this. Most of my guy friends have put some serious distance between me and them, with only a couple of notable exceptions. When I changed my name and pronouns, my guy friends pretty much vanished, even the online ones. For the most part, my girl friends have had no such issues, again with a couple of exceptions. It’s interesting to me how the dynamic splits along gender lines. How can you be a part of a community when you’re isolated? It’s not impossible, of course (hi, Internet), but it is a lot harder. I live on an island with a small trans population and almost no trans healthcare; I can relate to isolation.

Last week Kate Bornstein was on, promoting her idea to “embrace your freak,” a point of view I disagreed with. Caitlyn was visibly unhappy about getting called a freak, and this week when she visits GLAAD, she specifically says “We’re trying to normalize this; we’re not freaks.” There was a great deal of debate among the trans women I know online about this, and not one of them said they wanted to embrace the label freak. So I was really happy this was revisited and to have the “freak” label quashed.

We also get a peak at one of Caitlyn’s hobbies: flying model helicopters. It’s a little detail, but I like it; to me, this is what reality TV should be like—showing a little bit of reality. When she’s talking about her helicopters, she’s enthused and active, but it drains away quickly when she says that she’s not dared to go fly them with the guys in over six months. Interestingly, when she refers to her past self, she doesn’t use her old name. She says “Good old whatever his name was.” My old name sounds weird to me now if I say it, a label that never fit, I really can’t blame her for avoiding using her old name. She asks guy friend that runs a model store to come out and repair one of her model helicopters, and he agrees but doesn’t show.

So Caitlyn, for the first time we’ve seen on the show, hops into her own car and drives down to the store. The interaction between her and the store owner is, to say the least, awkward. How much of that uncomfortableness is from having a film crew in your face and how much is him trying to deal with Caitlyn’s transition is unclear. At one point, Caitlyn says, “Things haven’t changed,” referring to herself, and it’s followed by a really long pause and the store owner quietly replying, “Sure.” The store owner is not coping well, but he’s trying. The show then swings back around to talking about community.

Caitlyn says directly to the camera that transgender rights are twenty years behind gay rights, which is accurate and a great piece of information for her to give out. A lot of people and LGBT organizations have framed the fight for equality as all about gay marriage—it isn’t. Gay marriage has been sucking up all the attention and all the money, yet the fight for transgender rights has barely begun. A couple of Caitlyn’s friends then take her to task over her not seeming part of the community, saying they/them when talking about transgender issues. Caitlyn says she is part of the community, but she finds it hard, as she’s had to be alone most of her life. “You deal with this issue, and you’re a bit of a loner.”

I hadn’t thought of that before, but I can relate. I’ve always kept myself to myself; I hadn’t tied that to my need to hide who I was. The protection of myself required that I didn’t let people get very close, and it explains a lot of my past. I learned something from I Am Cait, and it’s something I’m still processing this morning, and it’s clearly too personal to talk about, so I’ll just publish it on The Mary Sue(!). After this, the show was all about Pride celebrations in New York, and I’m not writing about more partying. I think that cis people will be calling this the most boring episode so far, but for me, it was quieter, personal, and relatable. An episode not just for cis middle America.