Review: I Am Cait, Episode 3- Friendship Is Magic? 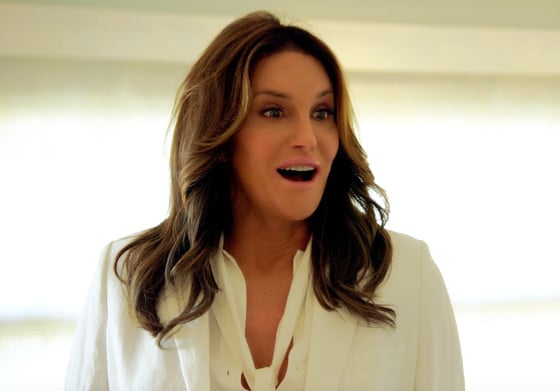 It’s the I Am Cait road trip part two, with this episode carrying on from the last one during a four day road trip. Normally each episode has a theme, this week is no different, it’s friendship. We get more Caitlyn partying and being rude to people, but also some realisation that she’s not acting in the best way, with her mending relationships. So it’s not quite the slow motion train wreck of last week where Caitlyn Jenner proved to be a diva of the worst kind. Is the show any better? Well… 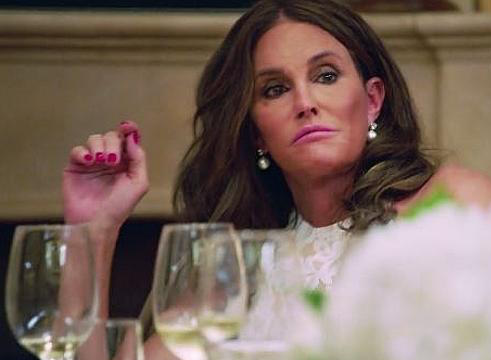 We start this week back in the HRC office with a group of trans women telling Caitlyn their real world stories of what it is like to be trans in the USA today. I hoped and expected that this would be a real eye-opener and that Caitlyn would really start to see the reality of being transgender without money and privilege, but she doesn’t quite get the bigger picture of society and instead focuses on one problem.

The group meeting segment is short and glossed over and then we have a cut away to Caitlyn Jenner slightly acknowledging how her race and wealth has helped her. She’s visibly moved by stories of the prejudice these women have faced but I’d have prefered to see and hear more of these women’s stories, but instead the focus is on shots of Caitlyn being upset. The fact the show ended on a cliffhanger, then doesn’t deliver, is a reality show staple but no less annoying for it.

The positive here is Caitlyn decides to help Blossom, one of the trans women in the HRC meeting, saying that she’ll be sending Ellen DeGeneres a tape of Blossom’s story. She goes on to say that Blossom’s nursing school will be paid for. When something gets through to Caitlyn she acts, usually by throwing money at the problem, but it is good to see her do something for someone else. Watching this show I wonder how much gets through her shielding because when Caitlyn feels something she feels it deeply, but most of the time she’s utterly oblivious.

In I Am Cait we’re shown the inequality of the system starkly, as Blossom has tried to get into nursing school six times with straight-A grades but she’s been rejected every time. I Am Cait has a habit of saying all-American catchphrases like follow your dreams, work hard and everything works out and so on, and it wants us as the viewers to believe them. It’s impossible though as we’re shown that not everyone can be a success in America and prejudice is real and holding trans people back. This contradiction and conceit within the show hasn’t been talked about on I Am Cait yet.

A couple of things really stood out for me in episode three. This was by far the most fluffy and ridiculous episode so far, as we watch the group go roller skating, swim, wine tasting and do moto-cross. Caitlyn is reminding me of a rich girl living away from her parents for the first time and suddenly having as much freedom as money. Jenny is yet again the voice of reason, she tells Caitlyn that she’s in a pink cloud of celebration but that she needs to look outside that cloud as she’s hurting the people around her. It cuts away before we hear Caitlyn’s response.

Caitlyn admits that she’s learned more in the last month than in the rest of her life, which is good. She is genuinely emotional about the things she’s learned but we’re not really shown that she’s understood it all, or acted on it yet. Not much time has passed in the show though; this is still before the ESPN awards, so I’m hoping we get shown more of what she’s taken to heart as time moves on. Sometimes I Am Cait gives me hope that it will do good, but just as often we’re shown Caitlyn’s ignorance. My brain tried to climb out of my ears when she said “You would feel more feminine if you were with a guy.” Nope! You don’t need a man to define how feminine you are, that’s a choice you make.

Episode three kind of resolves the Ronda abuse; we’re shown Jenny talking to Ronda who is admitting that she’s jealous of not getting Caitlyn’s full attention and feels like their friendship is falling apart. Without Jenny this show would lose a lot of brains and heart. I can see why Ronda feels this way, someone who she thought is a friend is not acting like a friend. Caitlyn is in full on performance mode and high on being herself for the first time around other people.

The show ends with a Caitlyn making things up to Ronda by spending time with just her, it’s a nice gesture but my cynical cold dead heart is not feeling it. I find Caitlyn frustrating, I think she wants to do good but she’s ignorant of the real world and what life is like for transgender people. She’s not a bad person I don’t think, but she’s impulsive and thoughtless, both of which have nothing to do with her being transgender.

I’m not the target audience for I Am Cait. This show’s not designed or made for transgender people, it’s designed to appeal to cisgender people who don’t know anything about being transgender and love reality TV. I’m so far politically left of Caitlyn that we’d need binoculars to see each other’s political position. As I’ve said before, I’m not a fan of reality TV and this episode was the most reality TV of reality TV that could ever reality TV. My spouse, having watched more reality TV than me, says it’s not as bad as other shows on the the air; I admit I don’t know.

I think we’re seeing slivers of improvement and self awareness in Caitlyn Jenner; one of the last lines of the show is her saying “The words that come out of my mouth are more important than the pitch of my voice.” Which is true, and shows her looking outside herself, at last. She really does seem to care but needs to get past her own self involvement to succeed, and watching her do that could be an interesting process.