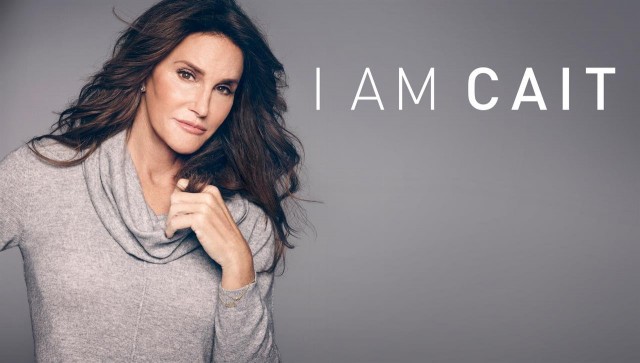 Reality TV is a parallel to reality, it’s been packaged and polished; Caitlyn Jenner’s I Am Cait delivers this unreality. A lot of people love this kind of TV, but I’m not one of them. So before I even try to unpack the content of the show, I struggle with its format. Last week, I was largely positive toward Caitlyn personally, as well as the show; for one of those, it’s about to change.

I Am Cait seems to have weekly themes, and this week it was about sex work and trying to change your voice. The opening set the tone for the show and managed to annoy me right away, as someone offers Caitlyn advice on eating (apparently women eat differently) and her voice. “Oh, just try doing different voices.” I had to pause and rant at my spouse for a while.

You seriously think it is that easy?! WTF? Understanding what is different in male and female speech is not about just pitching your voice higher. It’s also speech pattern, what is said, the clarity of your voice, and intonation of both words and the sentence as a whole. Practicing your voice is exhausting and difficult, I’ve had some professional voice coaching and I struggle with it. Caitlyn’s response was telling: “Oh, I was thinking about having surgery.”

Jenny Boylan points out a number of times that Caitlyn doesn’t know or understand the transgender community, which is underlined often in this episode. A group of successful trans women are all sat around talking with Caitlyn, and one of them tells the story of how many different doctors she’s had to see to get treatment.

“A friend introduced me to the doctor, and the doctor’s response was, ‘Oh you’ve brought another one of those.’” Caitlyn seems shocked that the medical world can be anti-transgender, which makes sense, because she pays the top class doctors a lot of money to help her, so she never sees the problems in the medical world. If you don’t believe me that the medical world is a huge problem and is abusive towards transgender people, head to Twitter and read the #transhealthfail hashtag.

The show acknowledges that Caitlyn exists in a bubble, lives in party mode whenever possible, and has a huge amount of power to represent the transgender community. At one point, someone says “Cait needs to learn our struggle.” Caitlyn Jenner has not faced the same reality as 99.9% of trans people. She hasn’t struggled in the same way. That’s not to say she hasn’t struggled—that’s different—but her transition has been very unique.

Ronda has apparently been Caitlyn’s personal assistant for years and was one of the first people she came out to. Yet in this episode, Ronda didn’t even know what cisgender meant. If you were the PA to someone trans, wouldn’t you do some basic research? I know I would. Neither Ronda nor Caitlyn know the reality faced by transgender people, because they’ve never needed to know. If you don’t know you need education, you’re not going to seek it.

The road trip is where things really fall apart.

When Caitlyn decides to go talk to some transgender people at a HRC building (don’t even get me started on HRC and they damage they’ve done to transgender rights), Ronda is invited along as Caitlyn’s friend, not in her PA role. Yet as Caitlyn is leaving, she walks right past all her luggage. Ronda calls out something like “Hey, why do I have to get all the bags?” Caitlyn ignores her and keeps walking.

When the hired luxury camper stops at a rented house for the night, Caitlyn asks Ronda if she’ll be cooking for everyone. Ronda says no, and at this point I yelled, “Yeah, you stick up for yourself Ronda!” Caitlyn is obviously upset at this, and payback is swift as Ronda is then made to sleep in a room away from the others without any discussion. Caitlyn makes up arbitrary rules and just doesn’t listen to anyone else’s objections. As Jenny points out, Caitlyn is “Eager to learn, but I’m not sure what gets through to her…”

On the tour camper, other trans women were talking about how hard it is for trans women to get work due to prejudice, and how some have to fall back on sex work to get money. In response, Caitlyn starts promoting the Republican viewpoint that these people probably don’t want to work because you get more benefits from being on assistance than working a low paid job. Which is of course completely untrue, and it shows that Caitlyn has no clue about social assistance in the United States. After she said this, all the other trans women in the camper just fell silent and shook their heads, but sadly not one of them wanted to tackle her on the subject.

When Caitlyn arrives to talk to non-privileged trans women gathered at HRC, you get a sense that everything is about to go off the rails. Even though these women were probably screened and told not to talk about specific thing,s it very quickly goes wrong. As before, the conversation turns to the struggle to be employed and the need to fall back on sex work. Caitlyn tries to interrupt and control the conversation, as she’s done throughout both episodes so far.

Only these trans women are having none of it, won’t be shushed, and start to call out Caitlyn’s massive social and economic privilege, and just as things really look as though they are going to get real, the episode ends. To be continued … I’ve ended up feeling pretty conflicted after watching episode two of I Am Cait, though I still think that the show is doing more good than harm.

I didn’t really have an opinion on Caitlyn Jenner before watching her initial interview and episode one of this series; I’d never really heard of her before and certainly not seen her on TV. After watching the first episode I kind of liked her, faults and all; well, after watching episode two I kind of don’t like her. Here you get to see her abuse her friends, spout Republican dogma and enjoy the bubble of privilege. I’m expecting my personal position on Caitlyn to keep shifting as the show continues.

A lot of information is going out through I Am Cait, and although it is not from the person I would pick if I could, Caitlyn Jenner gets attention; she’s the gateway into transgender conversations for American conservatives. The amount of power she holds in terms of getting people to listen to and learn about transgender people is massive. I don’t think that is fair or right, for example I think Laverne Cox would be a much better person in that powerful position, but the demographic of people that listen to Caitlyn are the ones that won’t listen to Laverne.

I’m curious to just how off the rails the HRC meeting goes, and how Caitlyn handles it. Will it be water off a ducks back or will any of it sink in? I think I can make a solid guess after watching episode two but I want to be wrong. I really hope that Caitlyn starts learning and more importantly listening far more than she currently does because this show does have the power to do good. The question is will it.

contributorI Am CaitI Am Cait Recaps